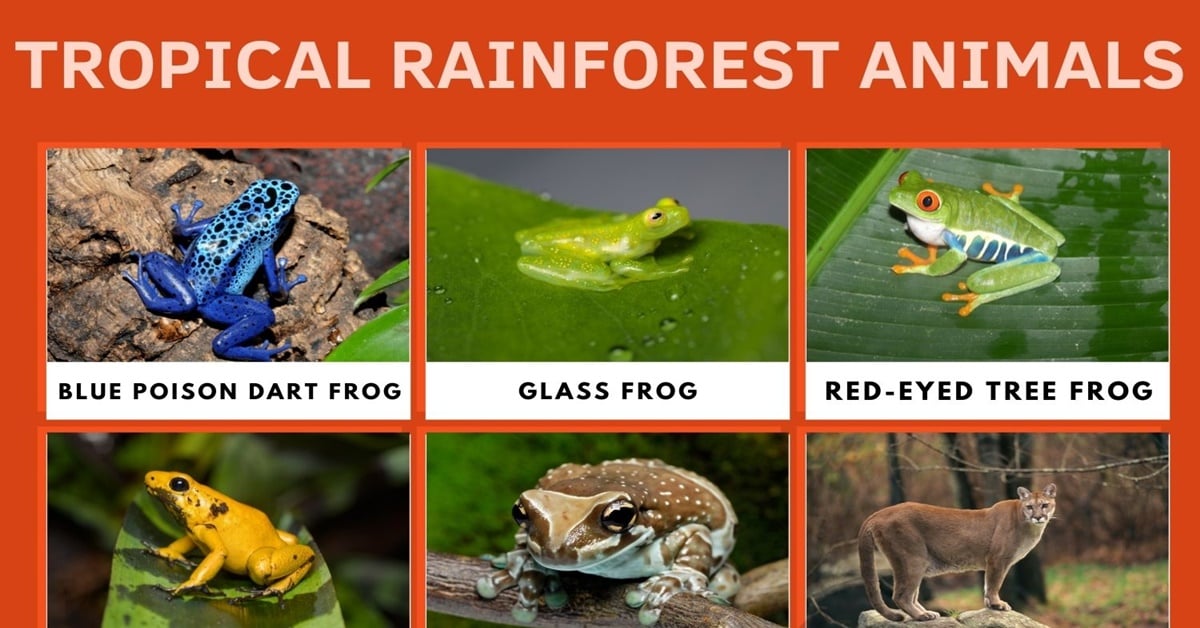 Tropical rainforest accounts for about 3% of the earth’s surface, receiving rainfall throughout the year. That is, there is no dry season. Most of the vegetation growing in these areas form canopies, with the trees growing up to an astounding height of 250 feet above the canopies.

This article briefly discusses 4 taxonomic classes of some of the tropical rainforest animals, their striking features, and their jaw-dropping facts.

What Are Tropical Rainforest Animals?

These are animals that inhabit the tropical rainforests in the world, with each occupying a significant niche in their specific habitats.

Being the third-largest cat in the world, It’s found mainly in the Central and South American rainforests. This colossal cat can live to approximately 12-15 years, growing up to a length of 67 inches. Distinguishing a leopard from a jaguar is easy; all you have to do is note the black dots found in the circular markings on a jaguar’s body which are not present on a leopard’s fur.

It’s a skilled predator spending most of its day and night hunting prey four times bigger than its size. It has the world’s strongest bite, with its tongue possessing papillae capable of scraping meat from a bone without much effort. Unlike most big cats, the jaguar is an excellent swimmer and does not exhibit hydrophobic characteristics. 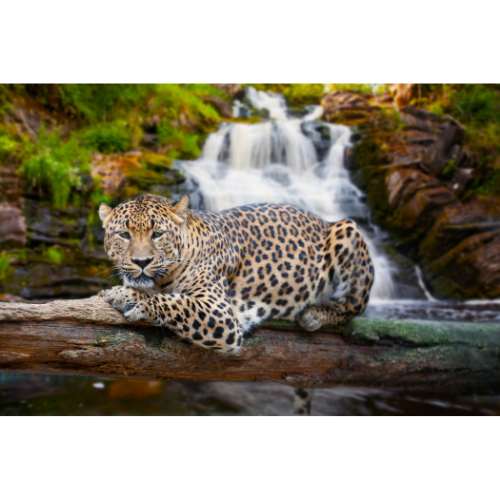 This is the world’s largest freshwater river dolphin having a brain that is at least 40% higher than a human’s brain. Primarily found in the Amazon tropical rainforest, these breathtaking animals inhabit the murky waters of the Amazon rivers, with most of them growing up to 108 inches long.

These animals are prolific swimmers, being able to carry out skilled swimming maneuvers, such as swimming while their lower body is facing upwards and having the ability to turn their heads 90⁰ while swimming. They also possess excellent sight, which comes in handy during hunting. 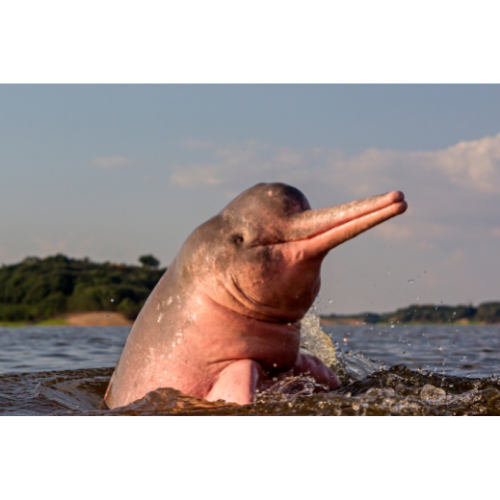 These frogs are arboreals; that is, they spend most of their time on trees. Having a lifespan of 14 years and a masterpiece camouflage, which has ensured their continued survival despite the numerous predators found in the rainforest.

They are translucent in that you can see their internal organs, such as their heart and blood vessels, during circulation. They are primarily light green and are predatory, with spiders, ants, and crickets making up their staple. 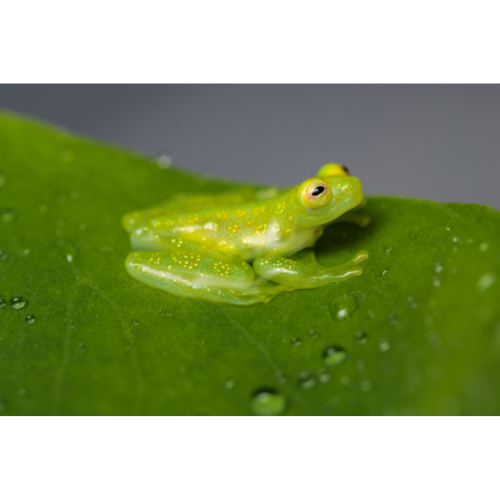 The Amazon tropical rainforest is the home to this world’s largest non-venomous snake in the world. They are 4 species of Anaconda: green, yellow, dark-spotted, and Bolivian Anaconda. These snakes are carnivores and kill their prey by constricting and suffocating them.

They have a lifespan of at least 10 years, with each female giving birth to a minimum of 20-40 live young anacondas after a gestation of 6-7 months. 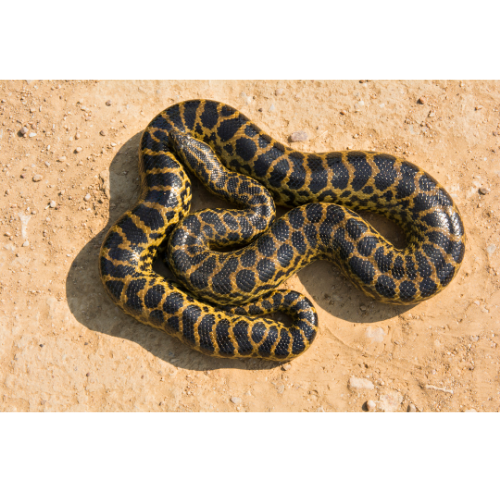 Every year millions of hectares of tropical rainforest lands are being lost due to human activity. It’s of paramount importance that we develop ideal and doable strategies to conserve the fauna inhabiting the tropical rainforests. 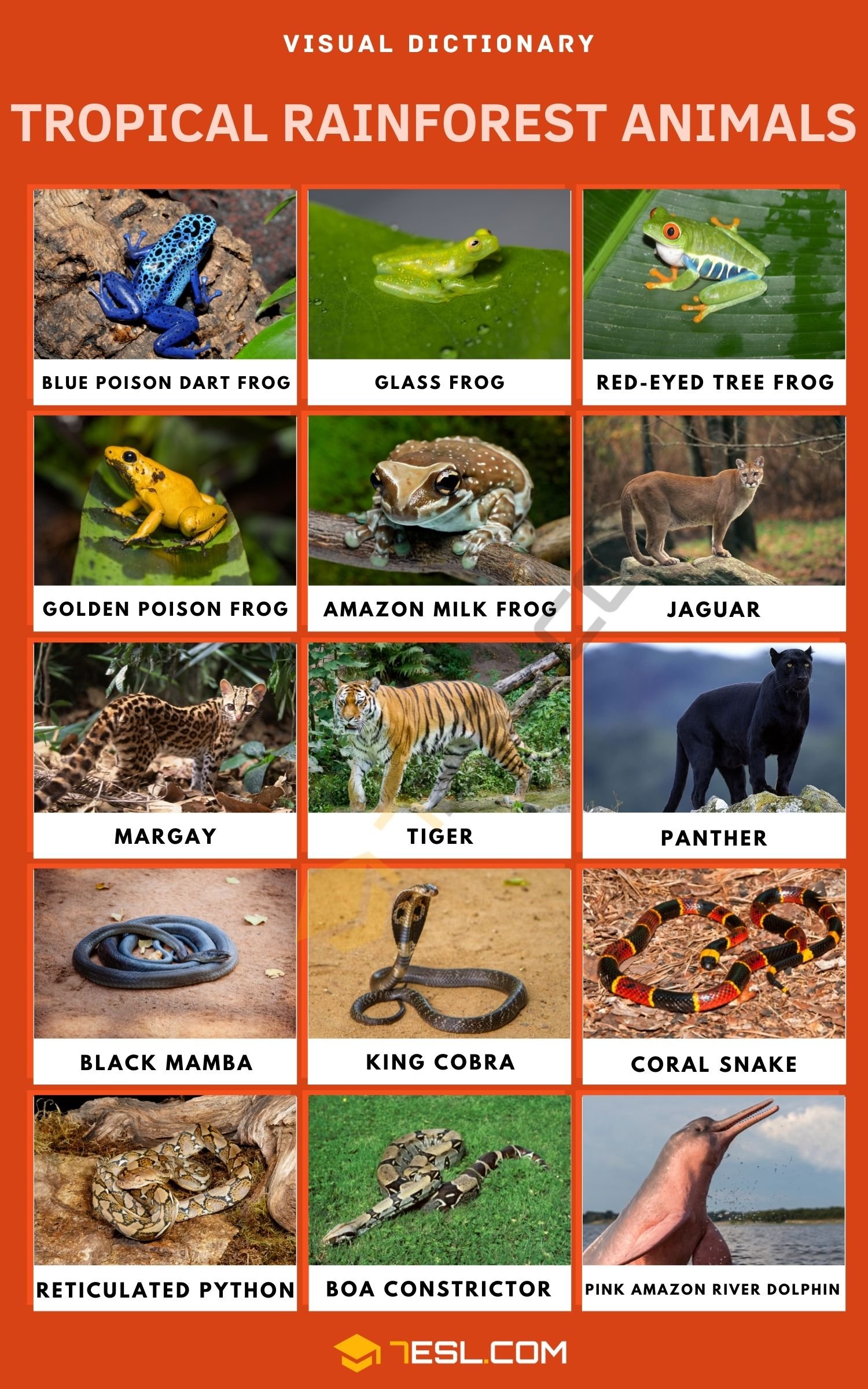