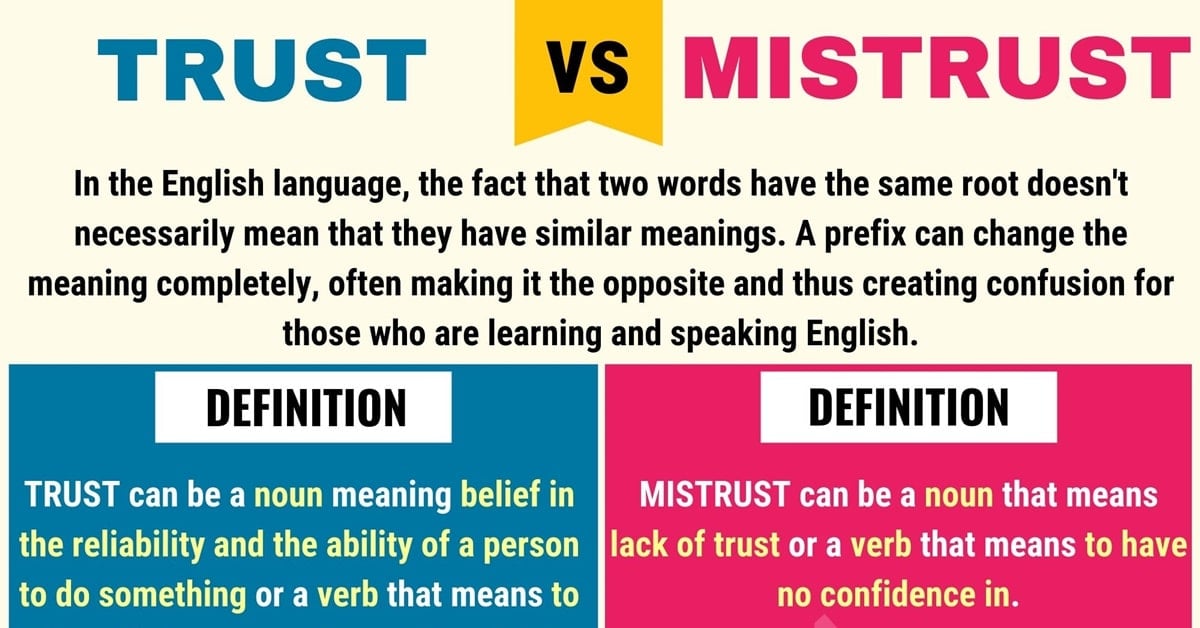 Trust vs. mistrust! In the English language, the fact that two words have the same root doesn’t necessarily mean that they have similar meanings. A prefix can change the meaning completely, often making it the opposite and thus creating confusion for those who are learning and speaking English. Take, for example, trust and mistrust. Three letters added at the beginning of the second word almost make these two antonyms.

When to Use Trust vs. Mistrust

Trusting someone is a good thing. For example, you need to trust your significant other in order for your relationship to be loving and healthy. If someone believes in your abilities to do something, you should try not to violate their trust and, indeed, do what they expect you to do. You might have also heard the phrase “trust issues”. It means that, for one reason or the other, someone struggles to believe what other people tell and promise them.

Mistrust is almost the opposite. For instance, if a woman has been treated badly by two of her previous boyfriends, she is likely to develop mistrust towards all men in general. If you have never been abroad, you might have a mistrust towards everything foreign. Finally, if the workers notice that the management of their company is lying to them, they will start mistrusting it.

Using trust instead of mistrust or vice versa in a sentence might lead to a lot of confusion, so it’s very important to remember the difference between two words. Think that the prefix mis- usually adds a negative meaning to the word, e.g. misunderstanding, misadventure. If you remember this, you will have no problem remembering that mistrust means “lack of trust” and using this word correctly.

Difference between Mistrust vs. Trust | Picture 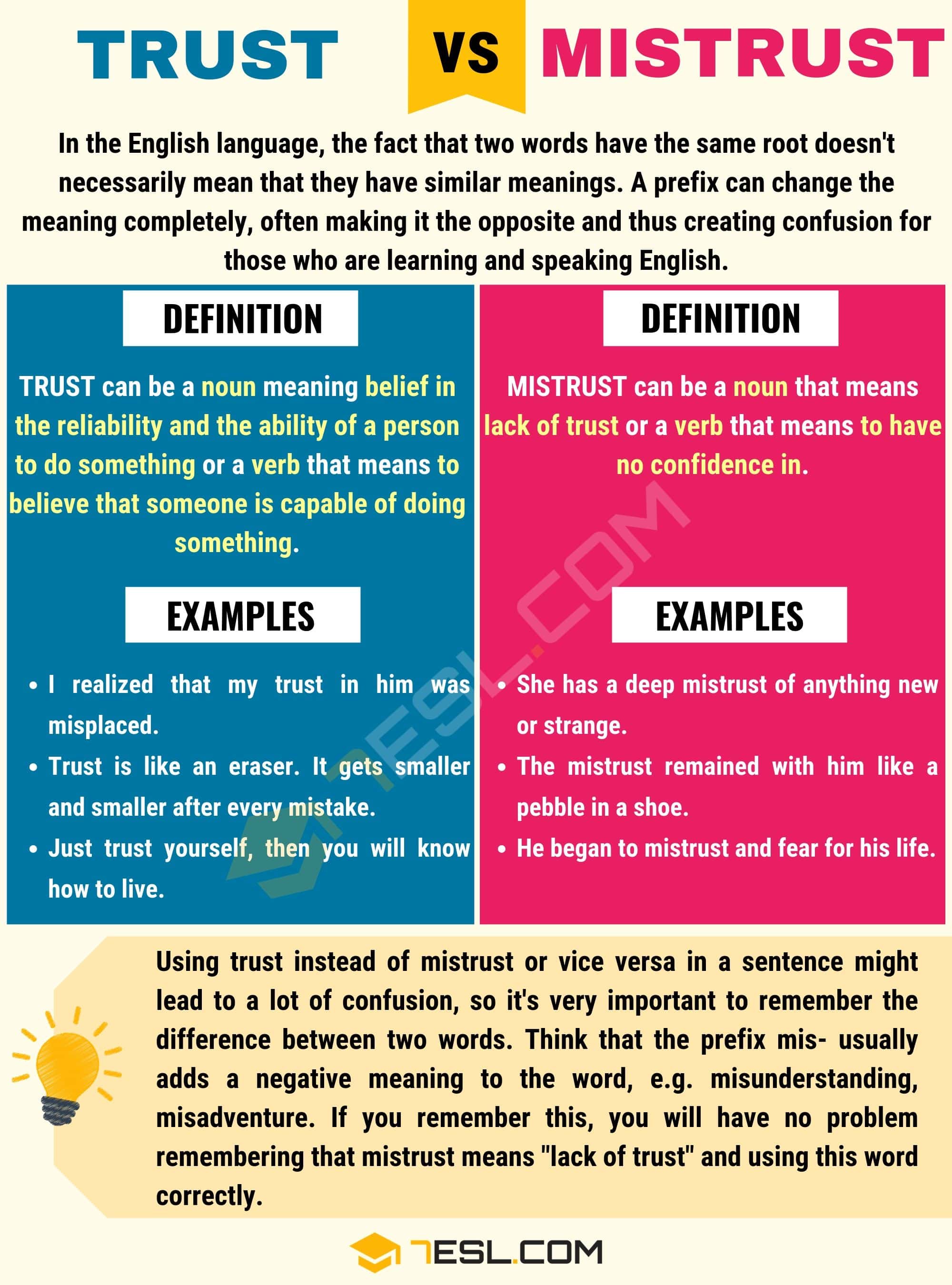