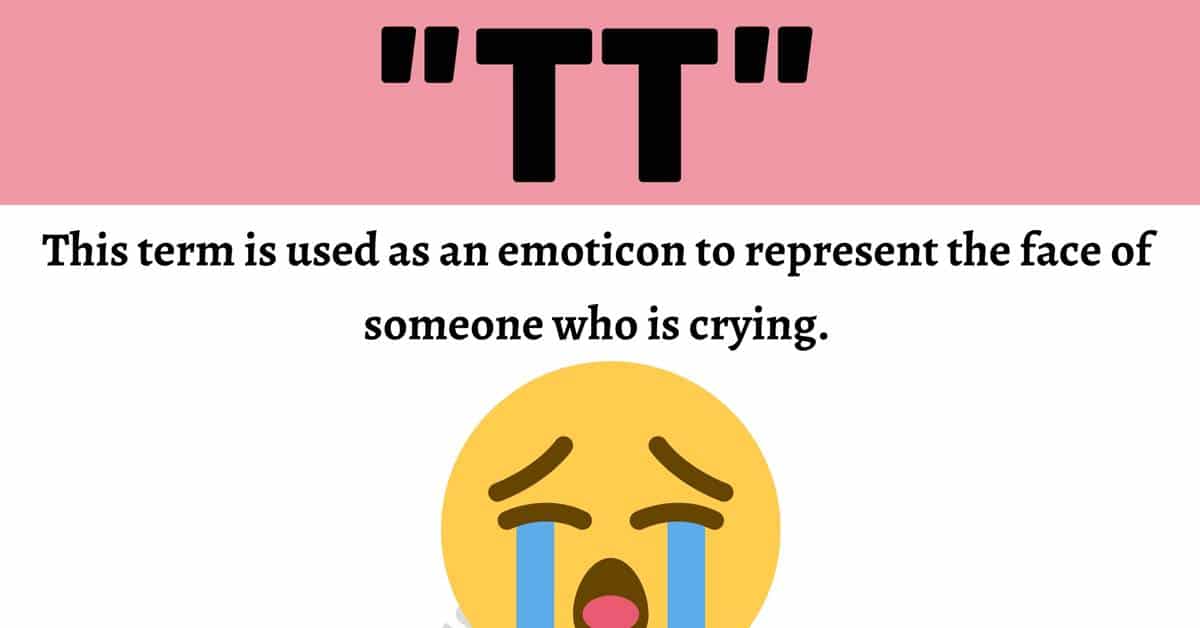 The term “TT” is sometimes used as an acronym, but many times it is used to express emotion. Here you will find the most common meaning of the term and the available origin information. You will also find a small representation of some other possible meanings and some example conversations to read through to help you gain a better understanding of its meaning. Finally, you will see some alternative words or phrases that you can use in place of this term to express the same meaning.

What Does TT Mean?

There is no specific origin information regarding this term and its first use as an emoticon. However, like most emoticons it more than likely was developed in Japan where most other emoticons originated from. Most emoticons also originated sometime in the early 80s with the first waves of the internet as a means of expressing emotions before the invention of the emoji.

Other Meanings of “TT”

There are some alternative meanings mentioned on the internet for this term. As an acronym, the term can stand for the phrases “ten out of ten,” “top ten,” “trending topic,” “topless Tuesday,” and “too turnt.” There are many more phrases that this acronym could represent. This is just a small handful of the phrases it could represent.

There are several phrases that you can use instead of using this emoticon to express the emotion. Some of the phrases you could use instead include: 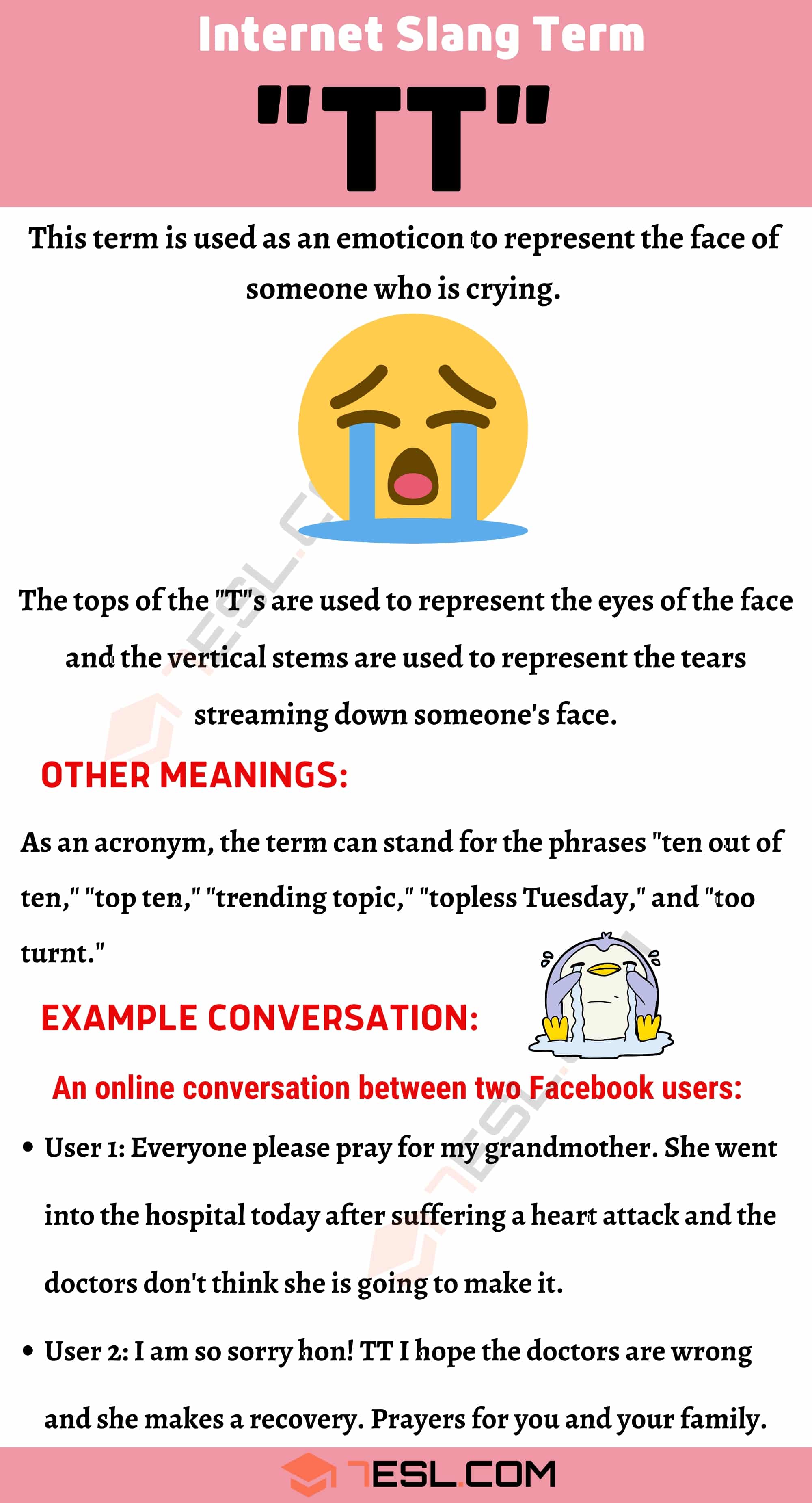