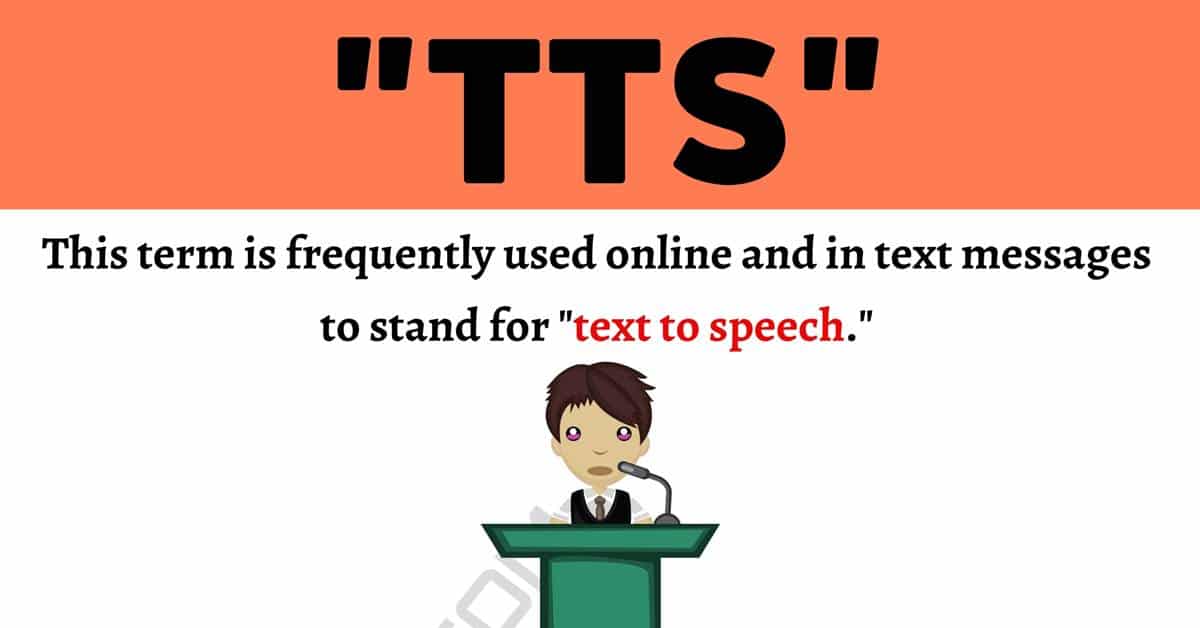 The acronym “TTS” stands for something that most people avoid using unless they absolutely have to. Most people’s experience with it is not positive. If you have recently encountered this acronym used online or in text messages and were wondering what it could possibly mean, then you have ventured to the right location. In this piece, you will discover the definition for the term, details about its first usage, and alternative meanings. Readers can also find some example conversations that you can use to personally aid you in further understanding the meaning and how the term is used. In conclusion, you will unearth some synonyms that can be utilized to replace this slang term that will not change its meaning.

What Does “TTS” Mean?

This term is frequently used online and in text messages to stand for “text to speech.” This is the title given to a program that allows a computer to convert a person speaking into words on a screen generated by the computer.

The first “text to speech” program originated in 1968 in Japan. It was created by Noriko Umeda who worked for the Electrotechnical Laboratory. The program evolved over the years via computers first and then was integrated into cellphones for hands-free text messaging purposes.

Other Meanings of “TTS”

Like most acronyms, this one can represent other phrases, official titles, processes, etc. as well. Some things this term can also stand for are “Two Tier Scheduling,” “Teacher Training School,” “True To Size,” “Time To Service,” and “Tape Tracking System.”

A text message conversation between mother and daughter.

Since this slang term and what it stands for are the official name given to a computer program, there are no possible other words to replace them with that will not change its meaning. 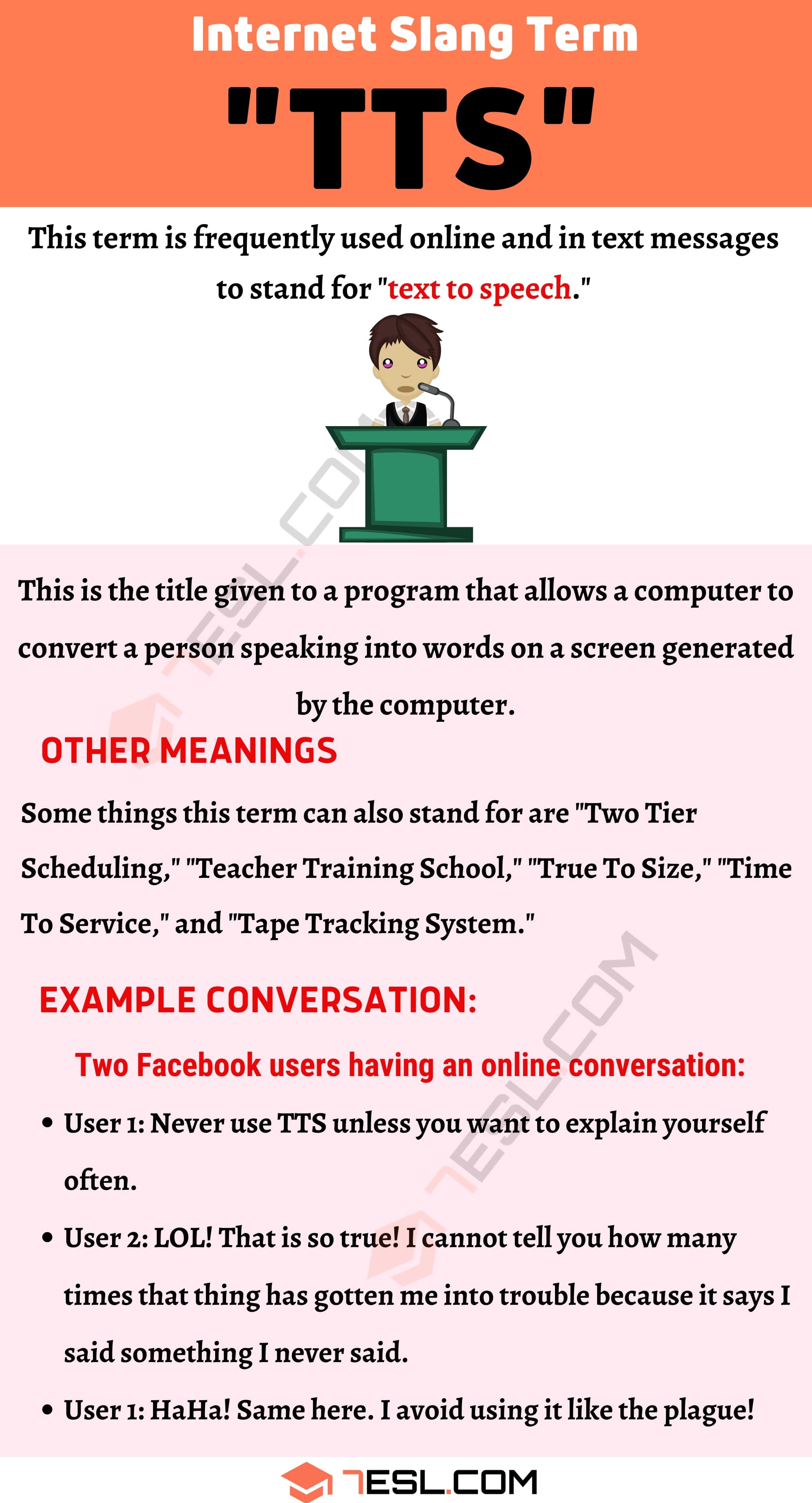 i went to use some part of information from this article