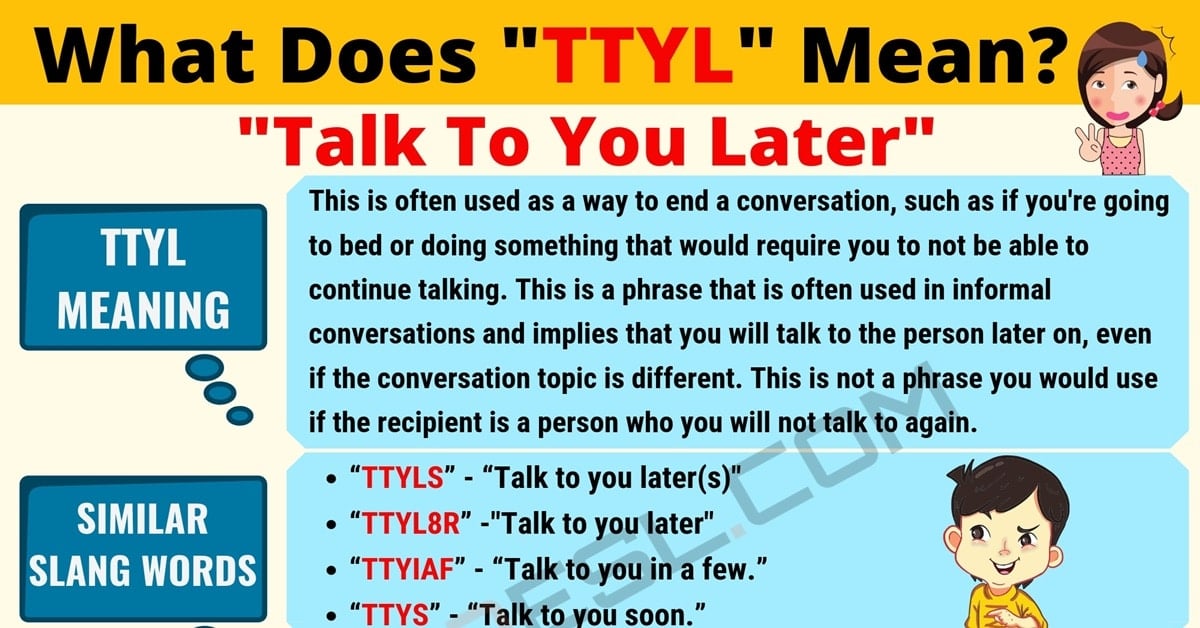 What does TTYL mean? Learn the definition, usage and useful similar terms for this text abbreviation in English with interesting conversation examples and ESL infographic.

What Does TTYL Mean?

“TTYL” stands for “talk to you later”.

This is often used as a way to end a conversation, such as if you’re going to bed or doing something that would require you to not be able to continue talking. This is a phrase that is often used in informal conversations and implies that you will talk to the person later on, even if the conversation topic is different. This is not a phrase you would use if the recipient is a person who you will not talk to again.

There’s also “TTYL8R”, which is exactly like TTYL, except you’re being a bit creative with the ‘8’ and ‘ate’ in later. This is most often seen in instant messaging but some people use it for texts and social media as well. Similarly, you might also use “TTYIAF” or “TTYS”. “TTYIAF” stands for “talk to you in a few.” “TTYS” stands for “talk to you soon.” All of these types of variants of “TTYL” is common with instant messaging and texting and is used by pretty much everyone.

“TTYL8R” stands for “Talk to you later”

“TTYS” stands for “Talk to you soon.”

In this simple conversation, the speakers are ending their conversation due to returning to work but plan to speak again later.

“lmk” stands for “let me know”

In this conversation, Speaker one is seeking confirmation about plans. Speaker 2 has to confirm with the babysitter before she has a final
answer, so she tells speaker 1 she will talk to her soon, so they can confirm or alter their plans.

“Ikr” stands for “I know right”

In this example, you can easily identify that this would be younger texters. In this conversation, they are simply discussing their last class and have to abruptly end their conversation before they are done. Speaker 1 informs speaker 2 that they will have to talk to them later on, and since they just got called out by the teacher, it’s a pretty sure bet that this conversation will resume ASAP. 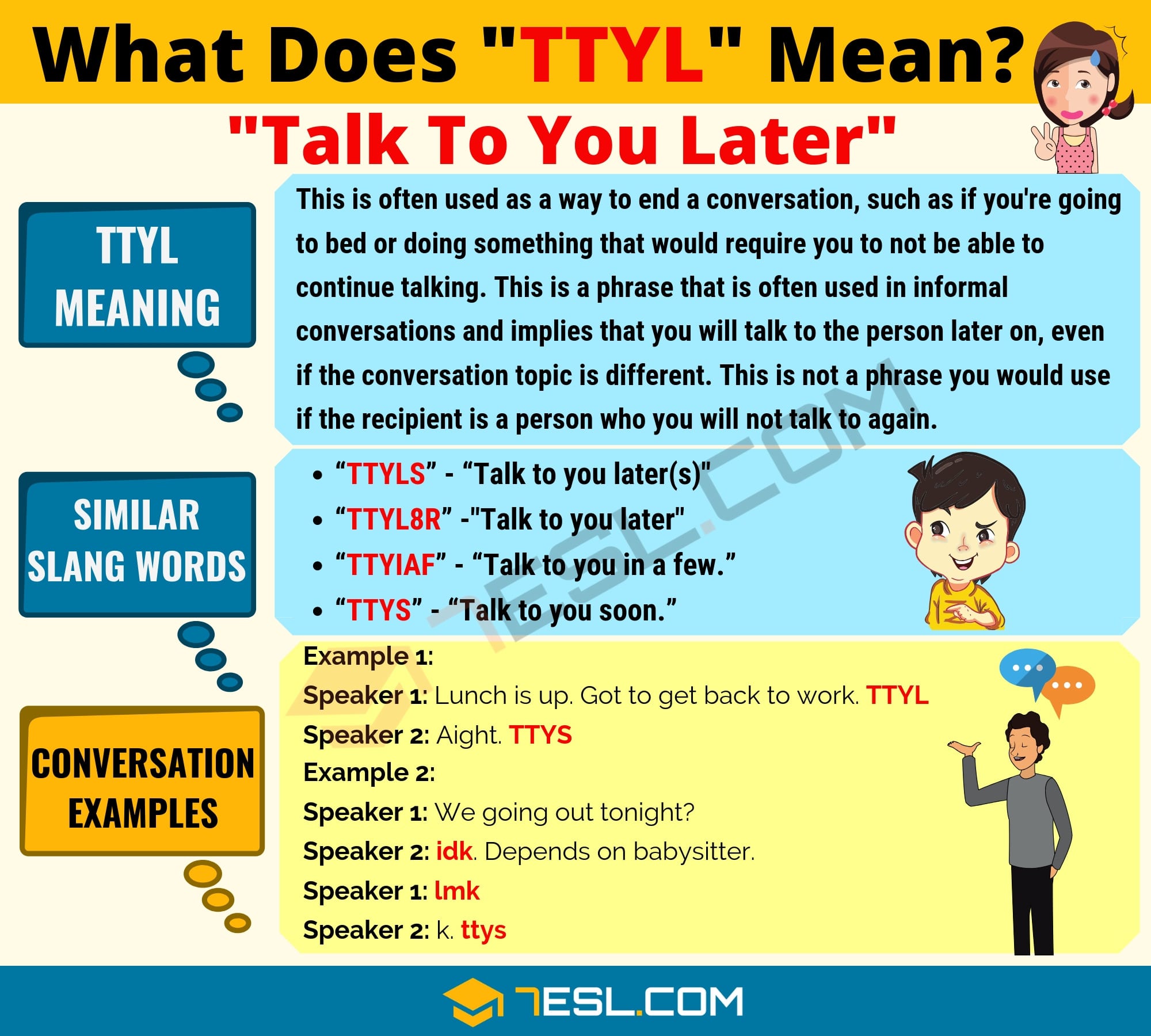 Other Ways to Say TTYL 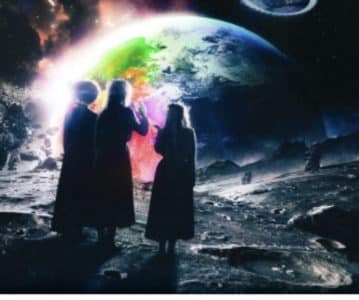