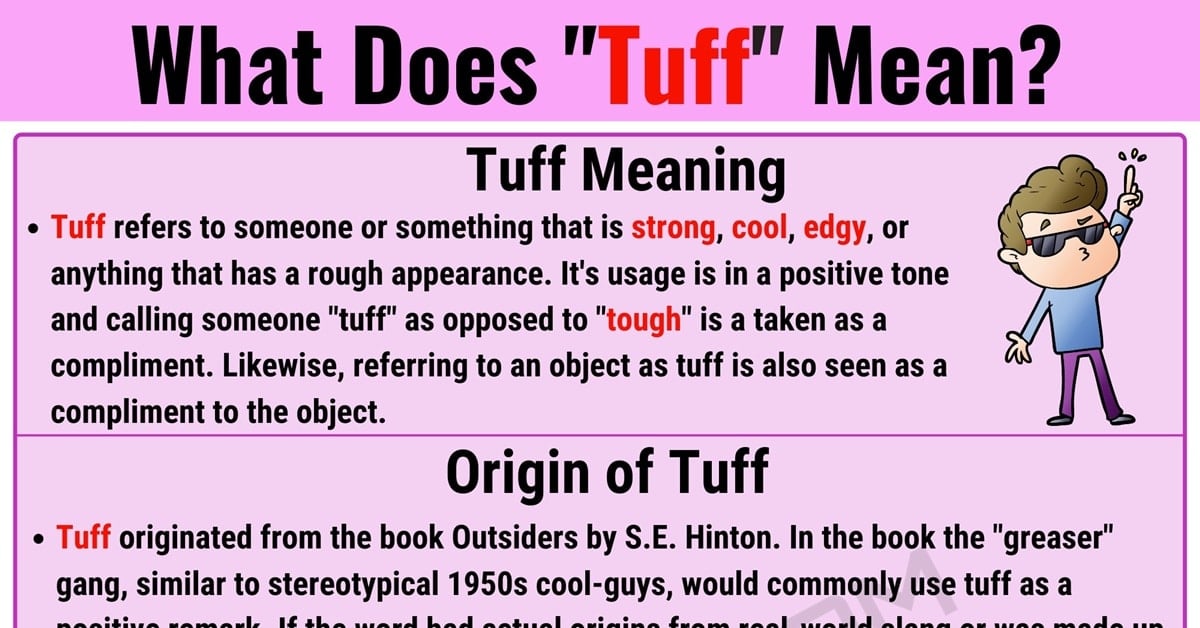 “Tuff” is a popular slang word used in texting and internet slang. Here you will find the meaning of this slang term and some information about its origin. You will also find other meanings for the word if any exists, as well as some examples of the word properly used in conversation.

What Does Tuff Mean?

Tuff refers to someone or something that is strong, cool, edgy, or anything that has a rough appearance. It’s usage is in a positive tone and calling someone “tuff” as opposed to “tough” is a taken as a compliment. Likewise, referring to an object as tuff is also seen as a compliment to the object.

Tuff originated from the book Outsiders by S.E. Hinton. In the book the “greaser” gang, similar to stereotypical 1950s cool-guys, would commonly use tuff as a positive remark. If the word had actual origins from real-world slang or was made up for the book is unknown, as some have argued tuff was in use since the 1940s while others claim the word was invented for the book. Regardless of origin, tuff would go on to be used frequently including online usage. This slang originated from a novel.

Tuff can also be used as an adjective to describe an unlucky or unfortunate occurrence, just like the word tough. No other usage has been recorded.

Tuff can be spelled with both a capitalized or lowercase T. -er can be added to make “Tuffer”, much like “Tougher” but this doesn’t see widespread use. No other variants exist. 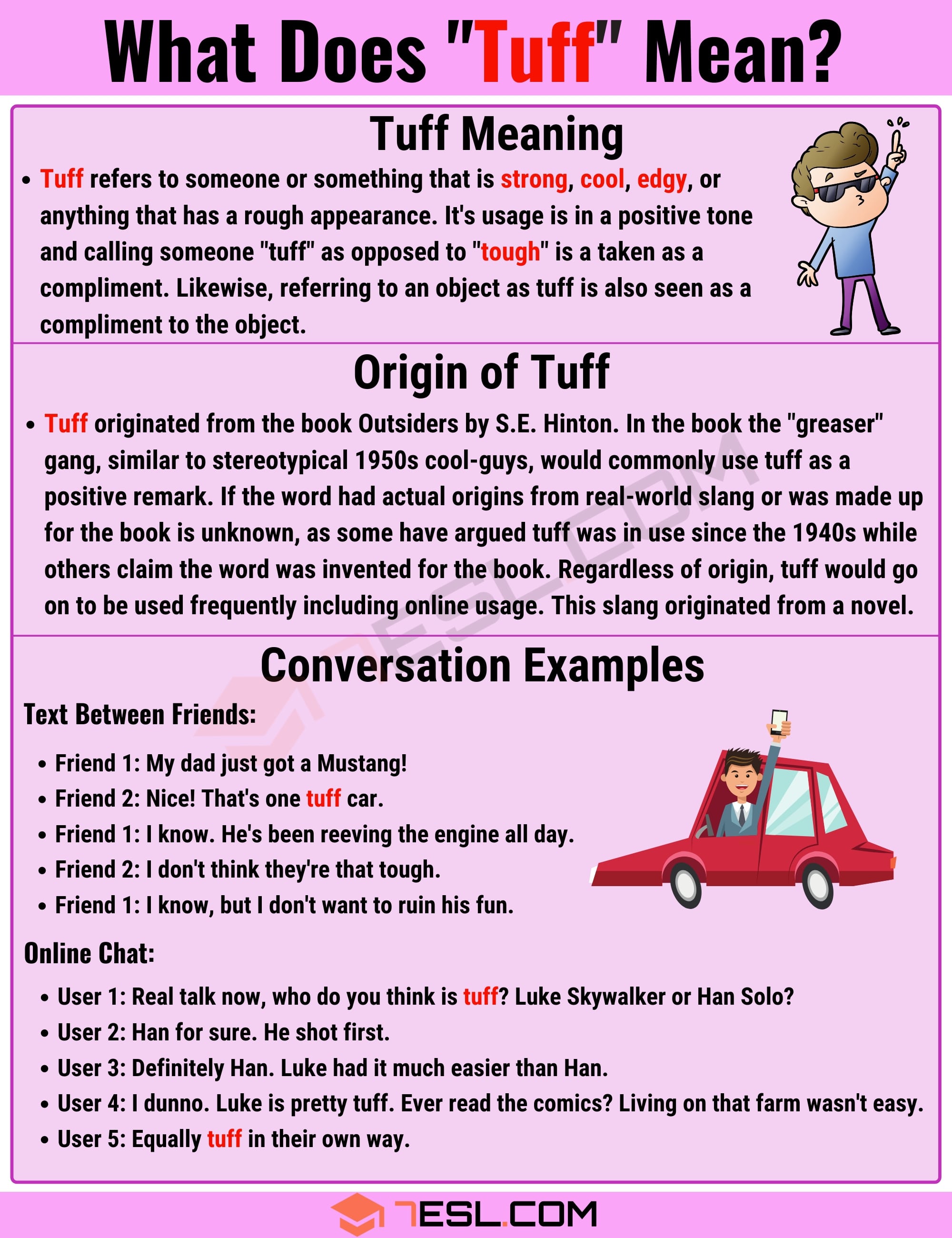 need help with some words