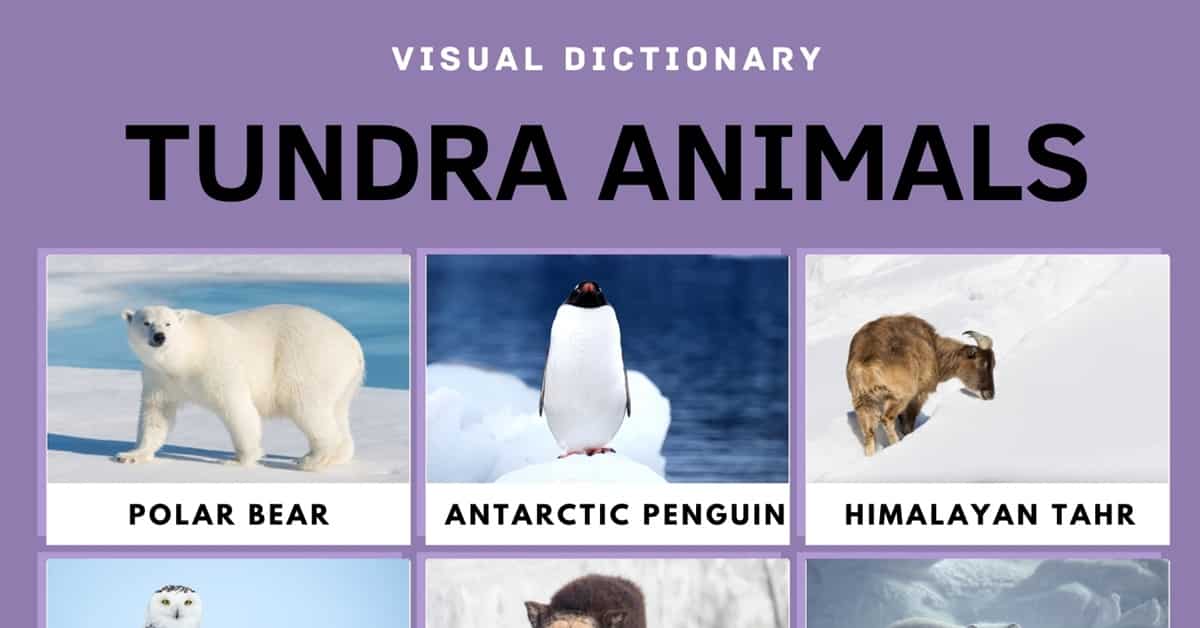 List of Tundra animals! The tundra is a treeless, grassy, frozen plain located in the Arctic or certain mountainous, high altitude (alpine) parts of the world. The tundra is known as “permafrost” in which the soil does not thaw for the majority of the year, and whose short growing season or high altitudes and rocky terrain will not support the growth of trees. As a result, most of the vegetation in the tundra is in the form of shrubs, grass, lichens, moss and sedges. The tundra animals who inhabit the frozen plains of the tundra are adept at surviving in this harsh climate.

What are Tundra Animals?

Some tundra animals are critically endangered such as the chinchilla which has been overly hunted for its fur. Other tundra animals such as the Himalayan tahr are on the ICUN red list as “near threatened” due to hunting and loss of habitat. Climate change has also affected the polar bear whose habitat is slowly shrinking, and other tundra animals who are herbivores such as the yak, the pika, the marmot and the lemming, whose environment has also been disrupted by the warmer temperatures.

The arctic fox, the musk ox, and the Himalayan tahr all have thick coats, and the coat of the arctic fox changes from brown in the summer to white in the winter. The arctic hare also has a thick white coat, short limbs and a small nose to conserve heat in its Arctic surroundings, and can also run up to 60 km/hr. The marmot will hibernate in the winter, while the lemming remains active by burrowing under tunnels in the snow pack for food., The male snowy owl has more white feathers than his female counterpart.