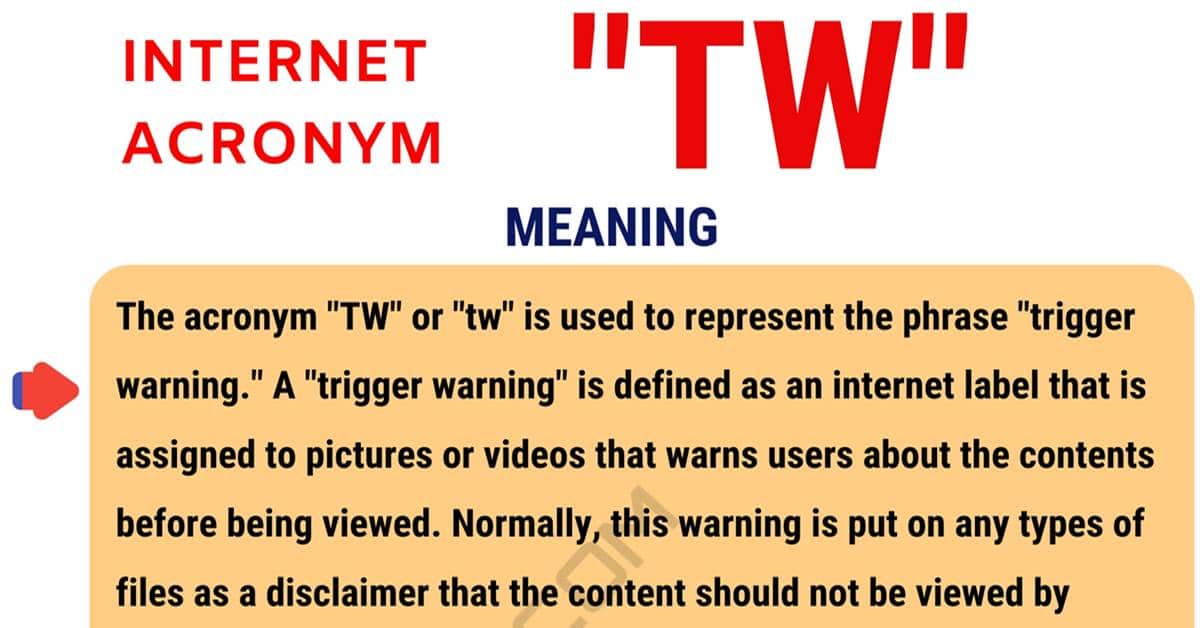 The acronym “TW” is one that you may have encountered on the internet while looking around and reading online forums. It may be one that you have seen in a text message or two from friends as well. Here you will find the meaning of this acronym and any information regarding its origin if there is such information available. You will also find here some other meaning of the acronym “TW” if there are any that exist and have the opportunity to see this term used in example conversations so you can better understand the term from the context it is being used in. Some suggestions of words and phrases that you can use in place of the acronym “TW” and still communicate the same meaning will complete the article.

What Does TW Mean?

The acronym “TW” is used to represent the phrase “trigger warning.” A “trigger warning” is defined as an internet label that is assigned to pictures or videos that warns users about the contents before being viewed. Normally, this warning is put on any types of files as a disclaimer that the content should not be viewed by people who are easily influenced to harm themselves in any way.

There is no origin information available regarding the acronym “TW.”

There are many other meanings listed for the term “TW” as an acronym. There are too many to list them all here, but some other phrases that the acronym “TW” can represent are “talk with,” “toxic waste,” “Time Warner,” “Tiger Woods,” and “threat warning.” These are just a small handful and there are many more things that this little acronym can stand for when used in situations. However, most of the time when encountered on the internet the acronym “TW” will mean the definition stated above. 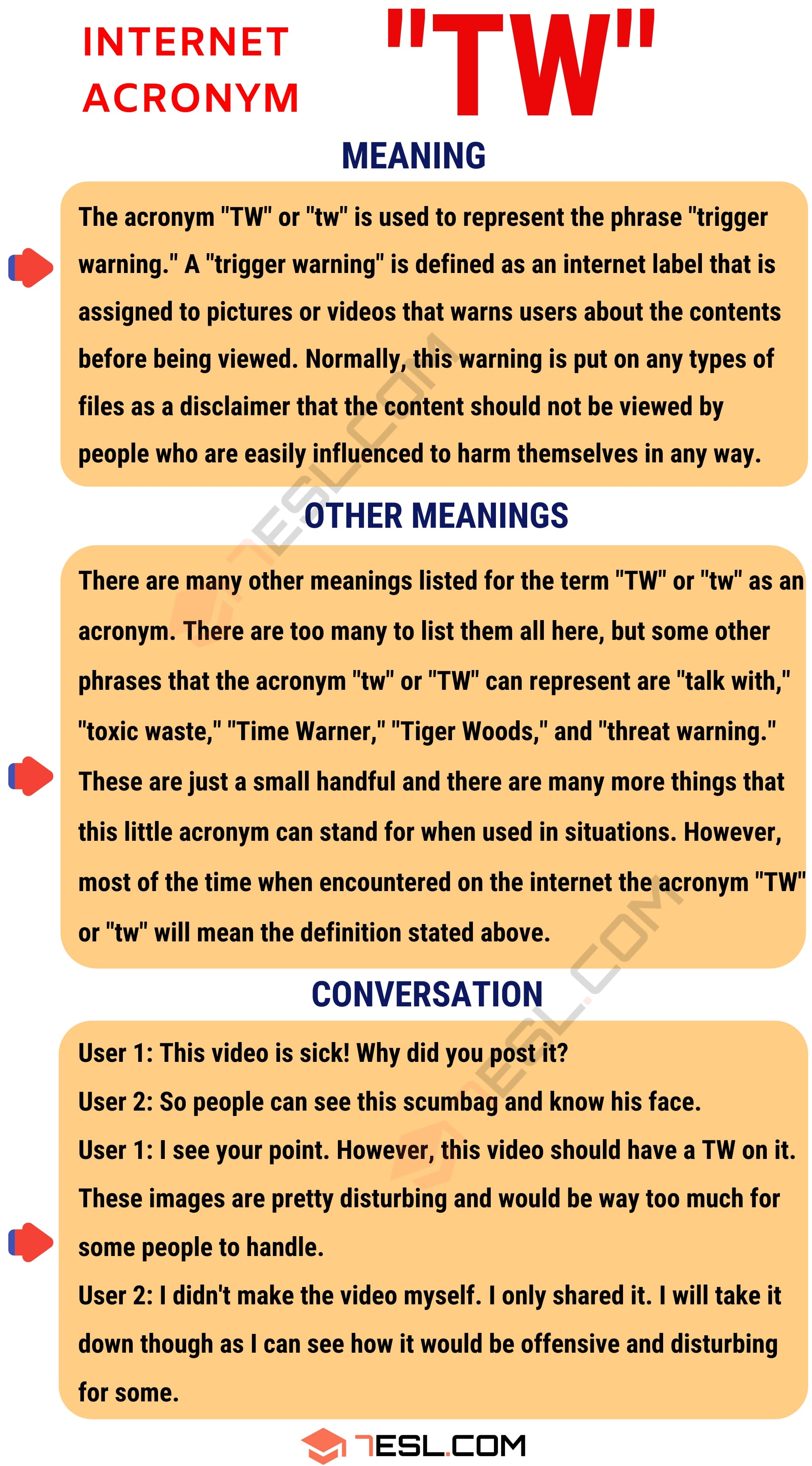