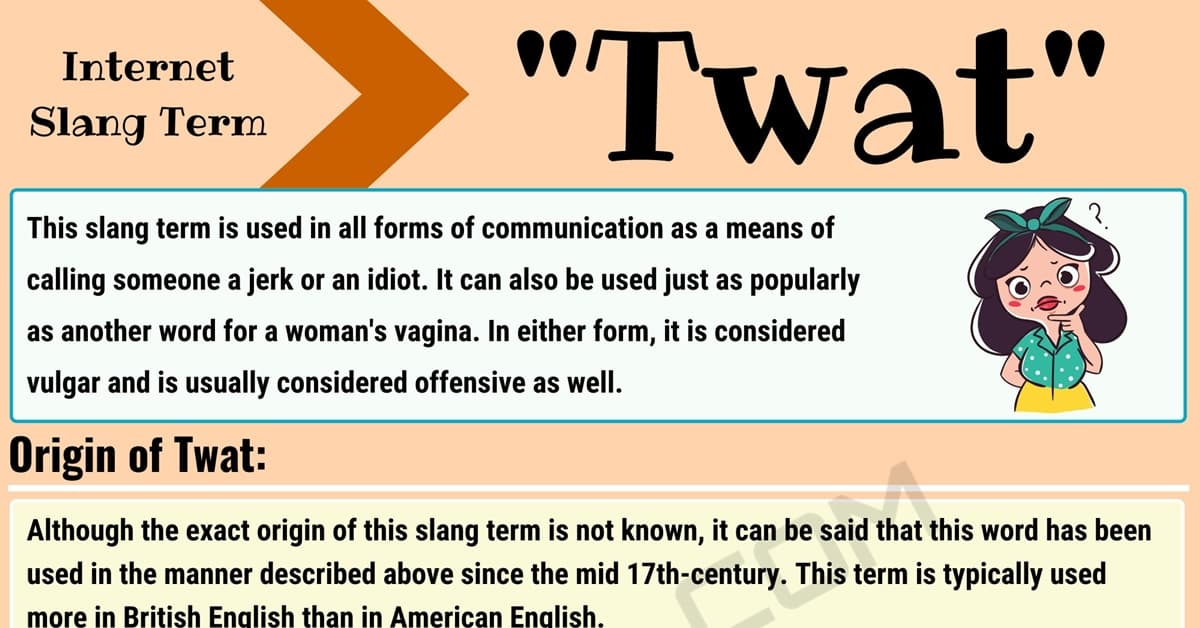 The slang term “twat” is not a word that you should often use if you decide to use it at all. If you have recently encountered this colorful term being used and were wondering what it means, then you have reached your final destination. Below you will find the meaning of this term, details of its origin, and some other meanings it may have.

You will also see some example conversations featuring this term in order to help you better understand its meaning and how it is used in correct context. Finally, you will learn some alternate words that have the same or similar meaning to this term so you can use them interchangeably.

What Does Twat Mean?

This slang term is used in all forms of communication as a means of calling someone a jerk or an idiot. It can also be used just as popularly as another word for a woman’s vagina. In either form, it is considered vulgar and is usually considered offensive as well.

Although the exact origin of this slang term is not known, it can be said that this word has been used in the manner described above since the mid 17th-century. This term is typically used more in British English than in American English.

Besides the two meanings mentioned above, there are no other currently known meanings for this slang term.

Depending on the context of the conversation or sentence that you are using this slang term in, there are several like words that are similar in definition that you could use in its place. Some other words you could use instead include: 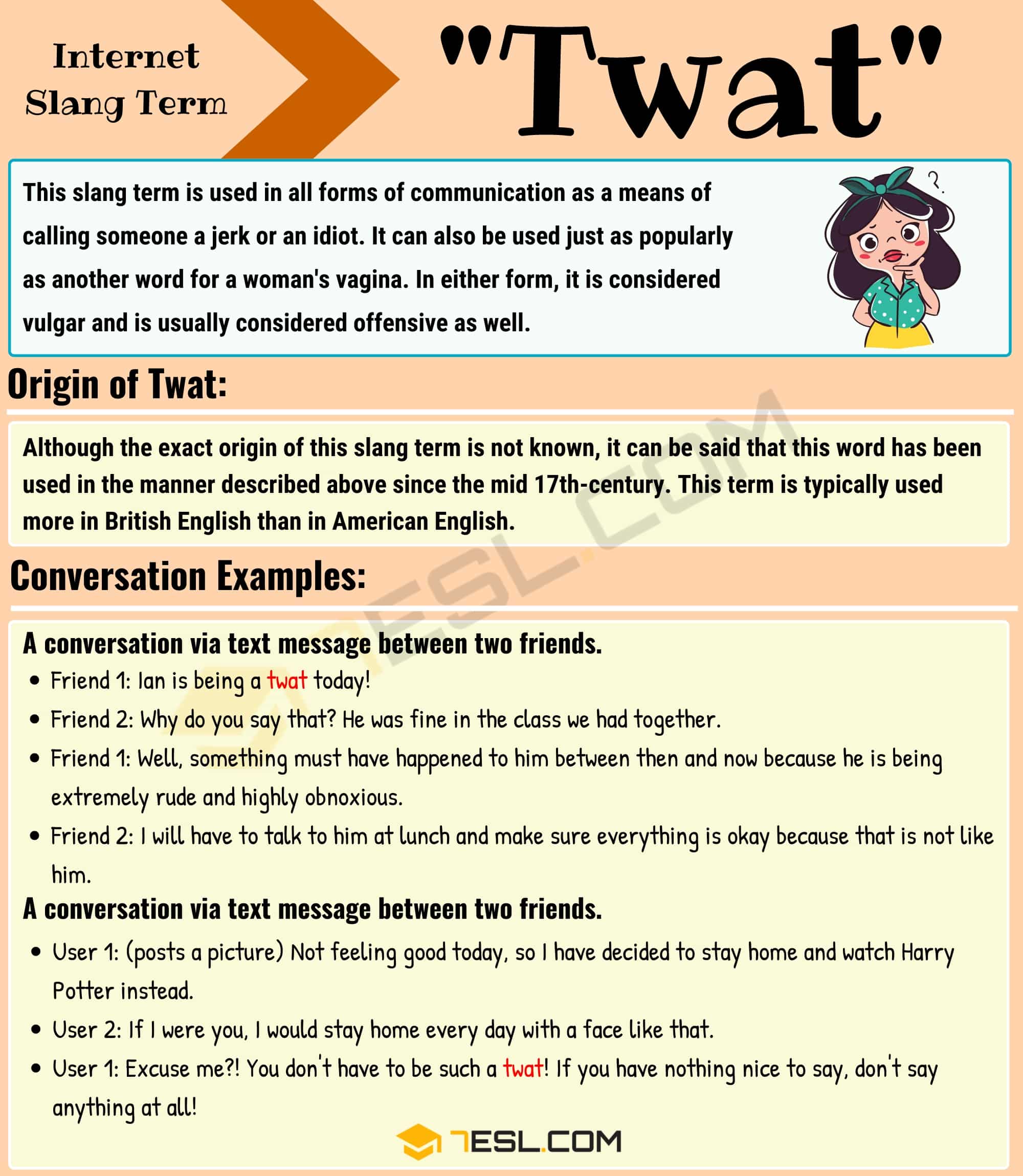