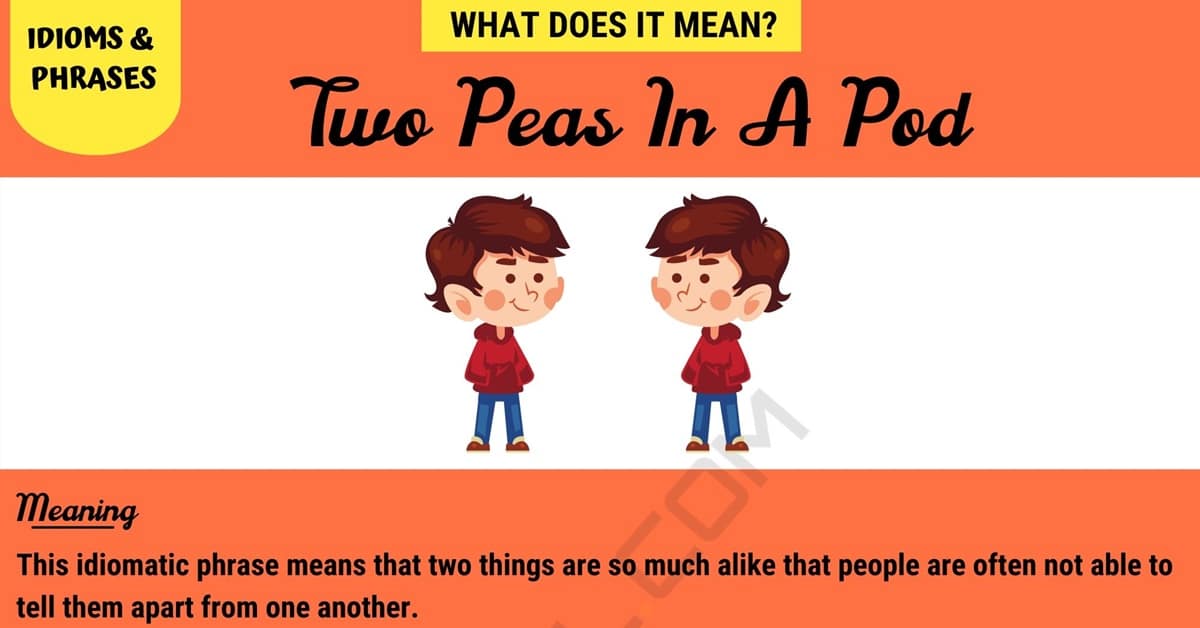 The idiom “two peas in a pod” comes from an old custom that most people don’t even perform anymore. If you encountered this phrase and came here wanting to know all about it, then you have come to the right place. Here you will find the meaning of this phrase, the story behind its origin, and some example sentences and conversations using the phrase in the proper context to help you understand the meaning even better. Lastly, you will find some synonymous words or phrases that you can use to replace this phrase in a conversation that bears the same meaning.

Two Peas In A Pod

Two Peas In A Pod Meaning

This idiomatic phrase means that two things are so much alike that people are often not able to tell them apart from one another.

The idiom was first recorded being used during the 16th-century. The figurative phrase relates to the literal representation of a pea pod. When you open up a pea pod, the peas inside cannot be distinguished from one another because they all look alike. This is where the meaning of this phrase comes from in the figurative sense.

“Two Peas In A Pod” Examples

A conversation between a mother, daughter, and father.

“Two Peas In A Pod” Synonyms

There are some words that you can use that would be synonymous with this idiomatic phrase. Some of the words you could use instead include:

Definition of “Two Peas In A Pod” | Picture 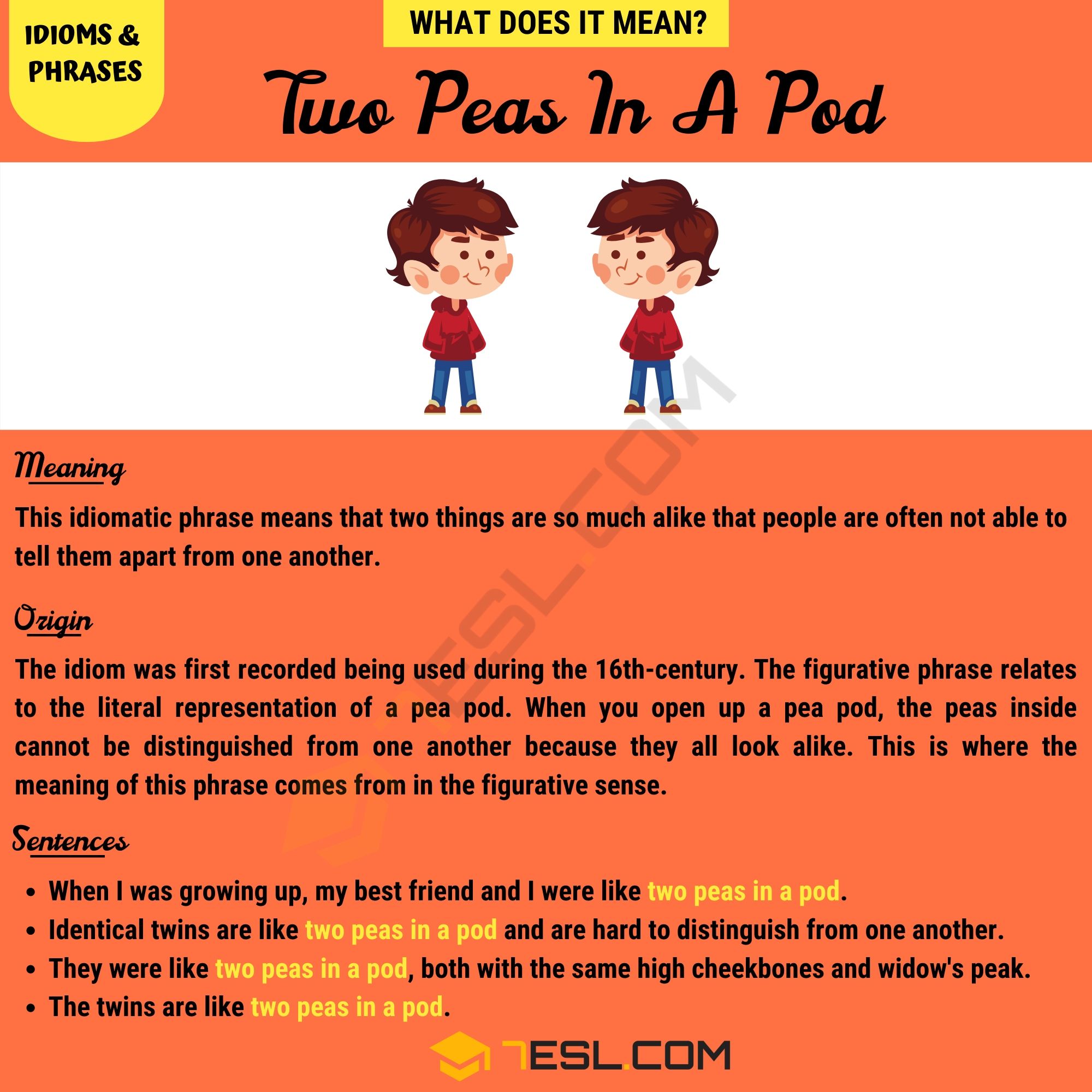