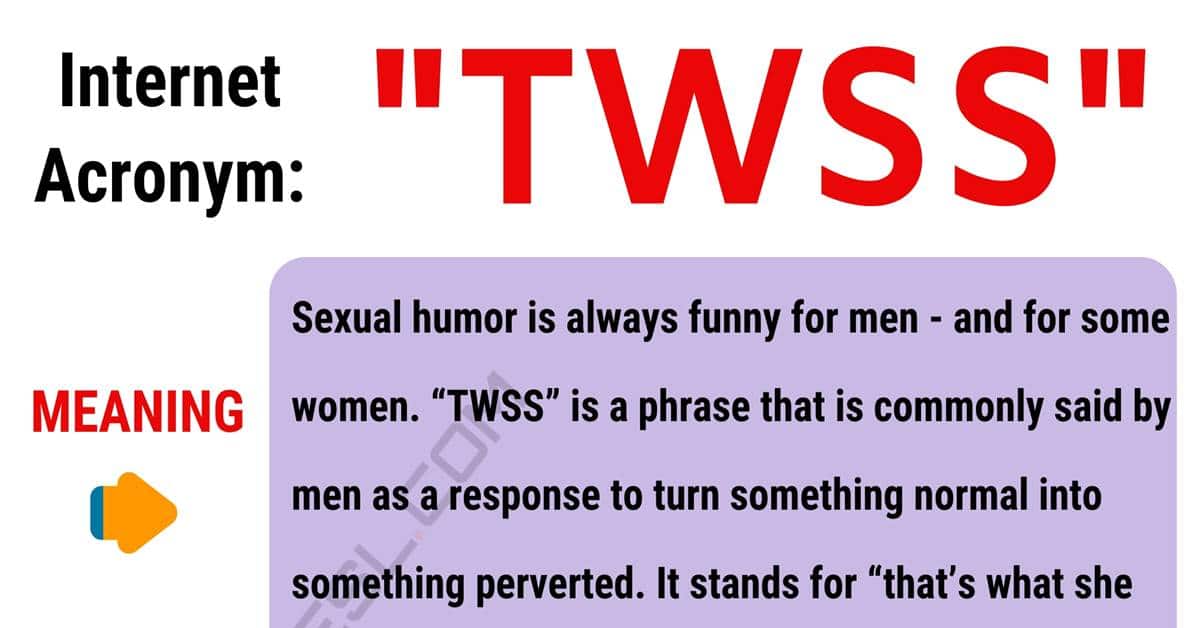 What does TWSS mean? Growing up, one of the main things I remember my mom saying to me is that nobody likes a smartass. It’s funny that a few decades later, I’m engaged to someone whose favorite thing about me is my smart ass attitude. If you take pride in being the first one with a quick comeback, TWSS might be something you like to say. In this lesson, you will learn how to use the acronym “TWSS” with useful definition and example conversations.

Sexual humor is always funny for men – and for some women. “TWSS” is a phrase that is commonly said by men as a response to turn something normal into something perverted. It stands for “that’s what she said” and it’s referring to a fake female that you’re implying you’ve had a sexual interaction with.

“TWSS” has no other meanings and it’s probably not commonly used in general conversation. That’s what she said is most often said by adult males, although you might sometimes hear it being said by females or younger persons.

In this conversation example, Richard is trying to get Brian to go out but Brian can’t because his girlfriend is stuck by his side and won’t let him. Richard uses a smartass “that’s what she said” to make fun of his friend for giving his girlfriend her way. 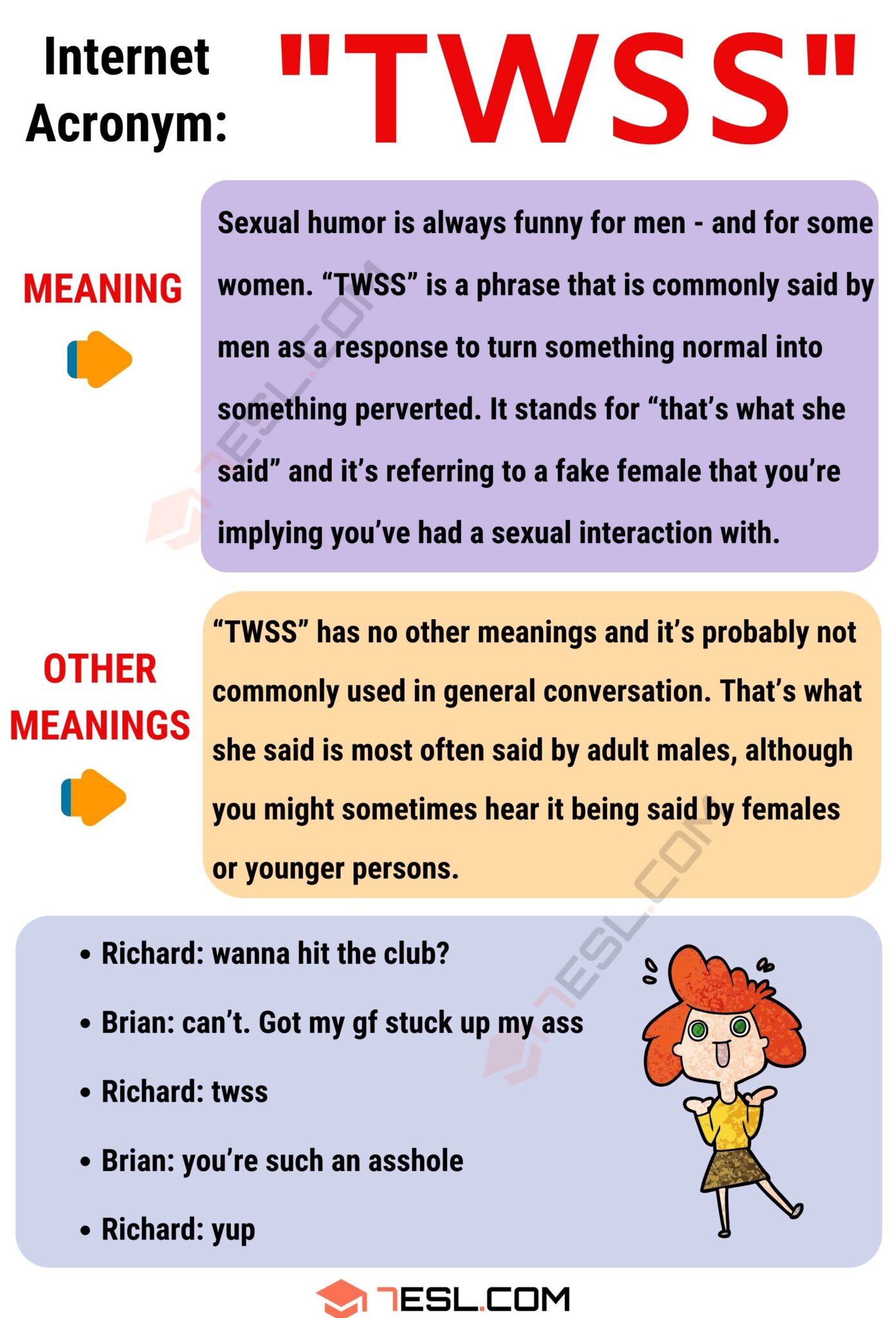