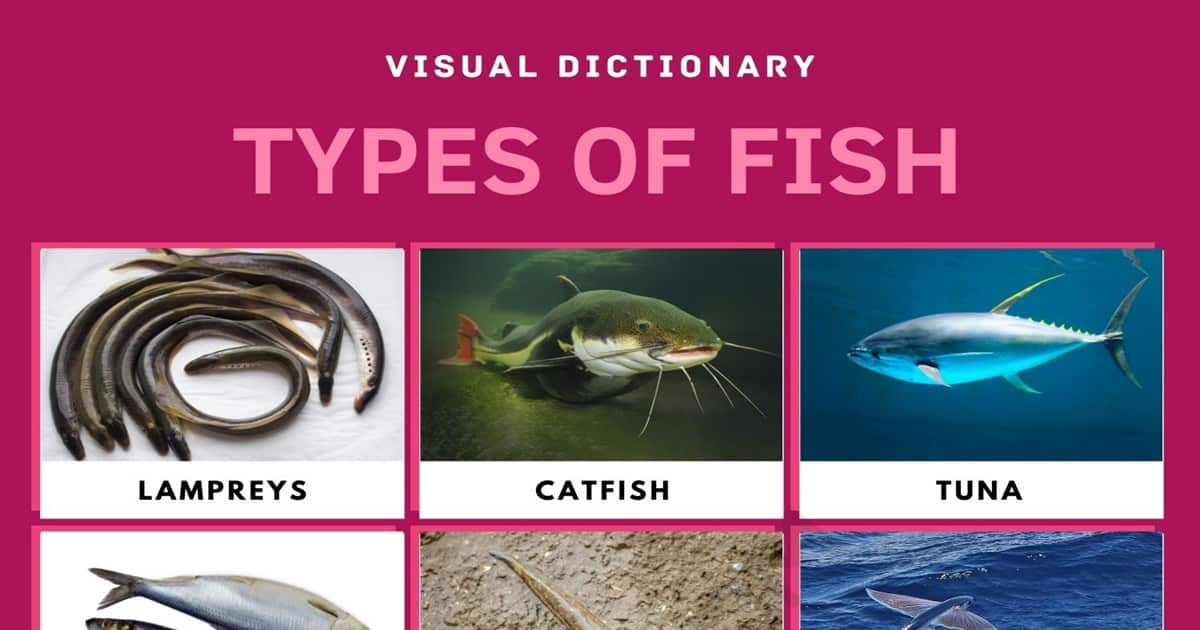 Are you searching for the names of different types of fish in English? Fish are a diverse group of animals that vary in size, shape, and color. Their behavior also varies immensely from species to species — as does their living environments and dynamics with other animals. But what exactly are fish and what are some types of fish and fish names? This article will define what fish are and provide a list of fish, their types, and some facts about them.

Fish are a group of vertebrate animals that live in water. They are characterized by having skulls made of hard bones (what are known as craniate animals), having fins, breathing through gills, and digit-less limbs.

Fish can live in a variety of environments, from saltwater deep seas to freshwater tropical rivers. They are mostly cold-blooded animals that overwhelmingly lay eggs (though some species, like sharks, give birth to live young). A number of fish (but not all) have scales.

Fish are distinct from reptiles and amphibians in that they are (for the most part) completely aquatic and have fins; they differ from mammals in that they do not have hair or mammary glands, and they are not like other terrestrial creatures in that they use gills to breathe.

Scientifically, fish can be divided into three types: bony, jawless, and cartilaginous. Bony fishes are about 95 percent of all fish species and have a bony endoskeleton. Jawless fishes are scaleless fishes that feed through scraping or sucking. Cartilaginous fish have jaws and skeletons made of cartilage.

Lampreys are jawless fish that use a multi-toothed, sucker-like mouth to attach to other animals as a parasite. The Sea Lamprey (Petromyzon marinus) is native to the North Atlantic, where it does not kill its host animal — and is invasive to the Great Lakes, where it is known to kill host animals. 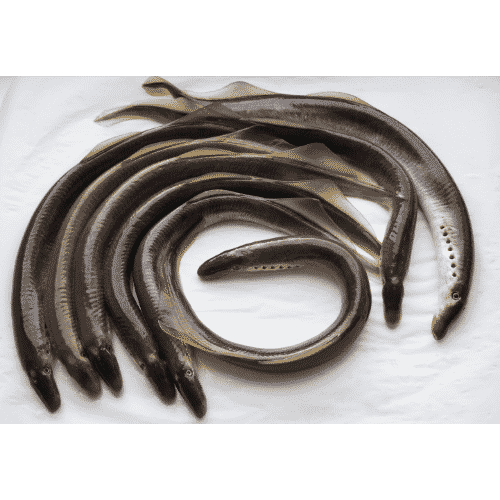 Catfish are a collection of species that are members of about 35 different fish families. They are distinguished by their barbels, which are whisker-like feelers that are usually situated on the top part of their mouths (the upper mandible). Catfish live both in fresh and salt waters. 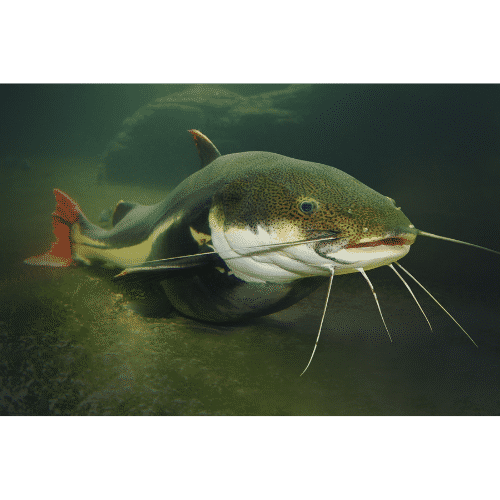 Tuna are large, saltwater fish species (consisting of the Katsuwonus, Auxis, and Thunnus genera, among others) that can swim up to 43 miles per hour and weigh up to 2,000 pounds. Noted as a highly popular commercial fish, the tuna can swim great distances to feed and spawn. 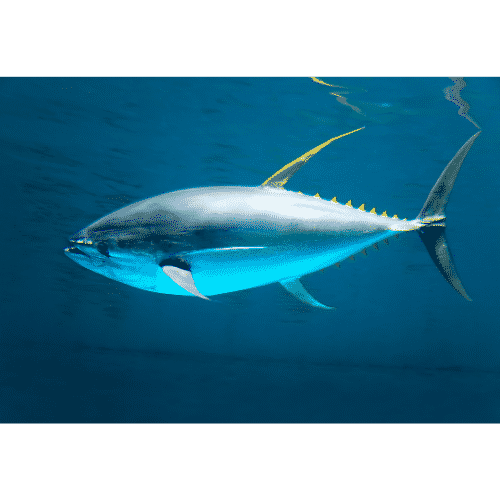 Herring is a saltwater fish that belong to the genus Clupeus. They are found in the colder waters of the North Atlantic and are known to be scaly fish with forked tails that swim largely in schools. Herring are a popular culinary fish that can be pickled, salted, and smoked. 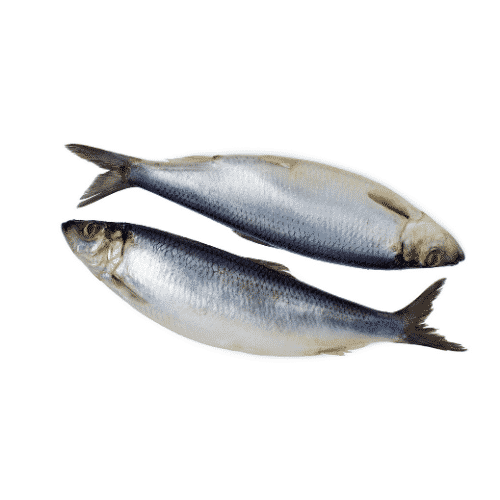 Mudskippers are one of the few fish species that can travel on land. Native to the swamps of Myanmar, Thailand, India, Indonesia, and the Philippines, mudskippers have chambers where they can store oxygen, which are located behind closable gill flaps. 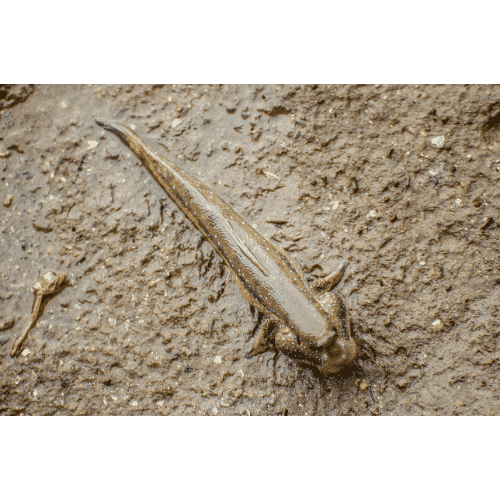 Flying fish are ocean fish that have long fins that can be used to escape the water and glide short distances — in order to escape fast-moving predator fish like marlins and swordfish. Flying fish belong to the order Beloniformes, and inhabit tropical waters in the Atlantic, the Caribbean, and the Pacific. 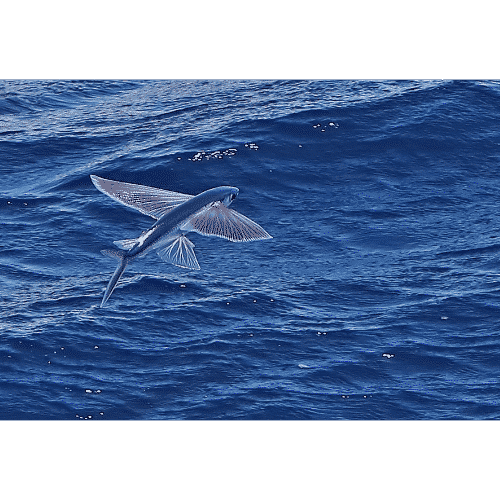 Eels are species of fish that have highly elongated bodies. There are about 500 species of fish that are referred to as eels — and can live in both freshwater and saltwater environments. The American eel (Anguilla rostrata) feeds nocturnally on crustaceans and insects. 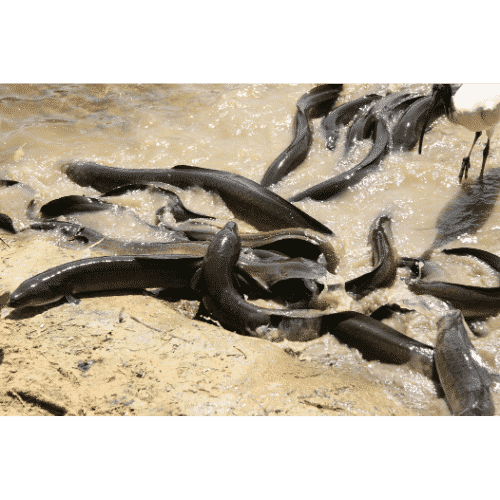 Sharks are cartilaginous fish whose species can inhabit both saltwater and freshwater (like the Speartooth and Bull sharks) areas. Though many of the over 500 shark species are harmless, some are known to attack humans, such as the Tiger, Lemon, Blue, Great White, and Mako sharks. 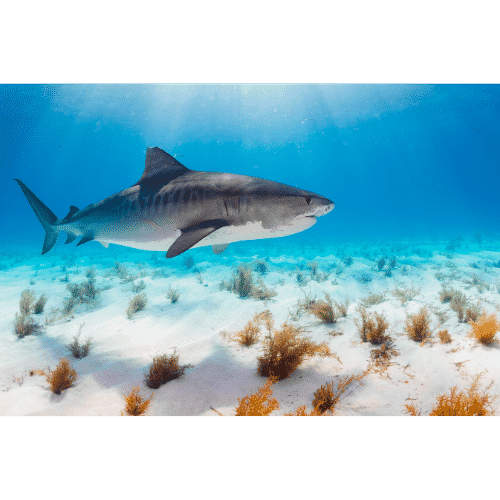 The Hagfish belongs to the jawless category of fishes; the 76 species that are referred to as hagfish are long and eel-like in appearance. That said, they are not closely related to eels — and have loose-fitting, slimy skin, the ability to breathe through their nose and skin, and jawless mouths.

Rays are cartilaginous fish that belong to the order Batoidea. There are over 600 species of rays, and they are characterized by their flat shape, ventrally-located gills, and large pectoral fins. Some rays, such as the Manta and Spotted Eagle Ray, have a “flying” appearance underwater. 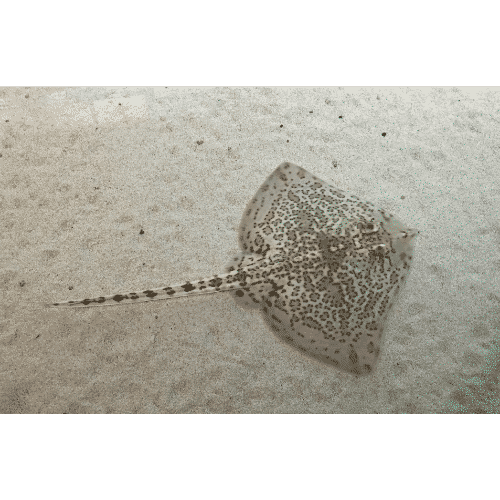 Carp are freshwater fish species that are bony fish and have skin that is large-scaled in appearance. The Common Carp (Cyprinus carpio) is a species native to eastern European seas (like the Caspian and Aral) and rivers, but was introduced to the U.S. in the early 1830s and is now widespread there. 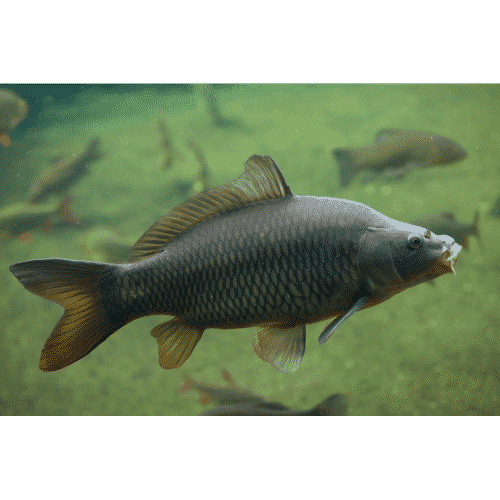 Coelacanths are fish that belong to the genus Latimeria. They are bony fish that are found in the tropical waters of the western Indian Ocean and off of Celebes, Indonesia. Once thought to be long extinct, today’s Coelacanths were found to exist about 100 years after its fossils were first discovered. 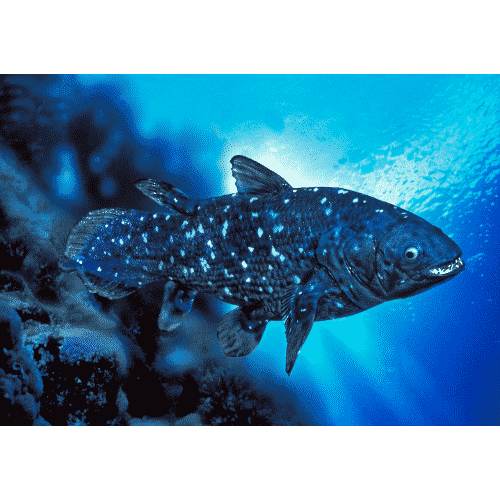 The Rainbow Trout (Oncorhynchus mykiss) is a trout species native to North America and is a popular angling fish. Weighing on average from 2 to 8 pounds and measuring up to 16 inches, the Rainbow Trout can be identified by its olive-brown skin, pink streak on its back, and silver-white underside. 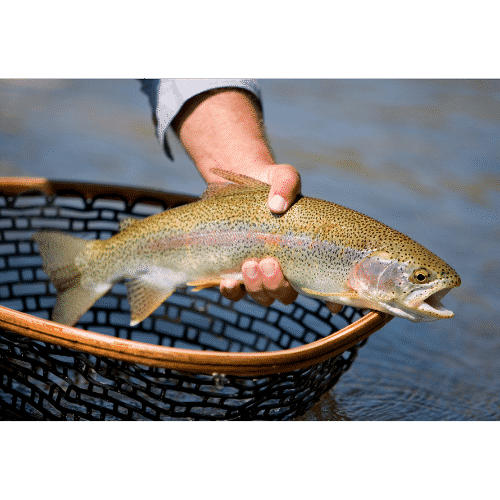 In the Pacific, there are seven known species of Salmon. These include the Chinook, Pink, Sockeye, Chum, Amago, Masu, and Coho. Of these, five are found off the North American coast, whereas two (the Amago and Masu) are found off the coast of Asia. Salmon can travel as much as 1000 miles to feed. 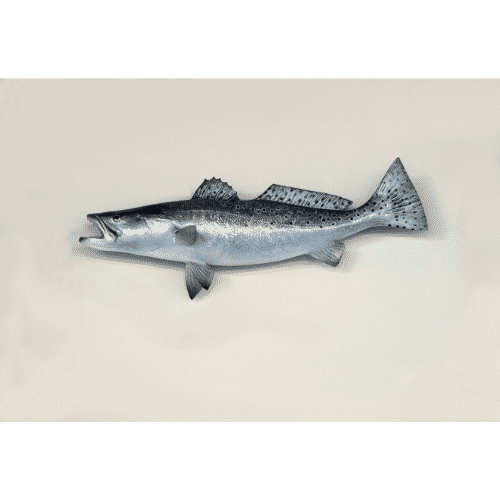 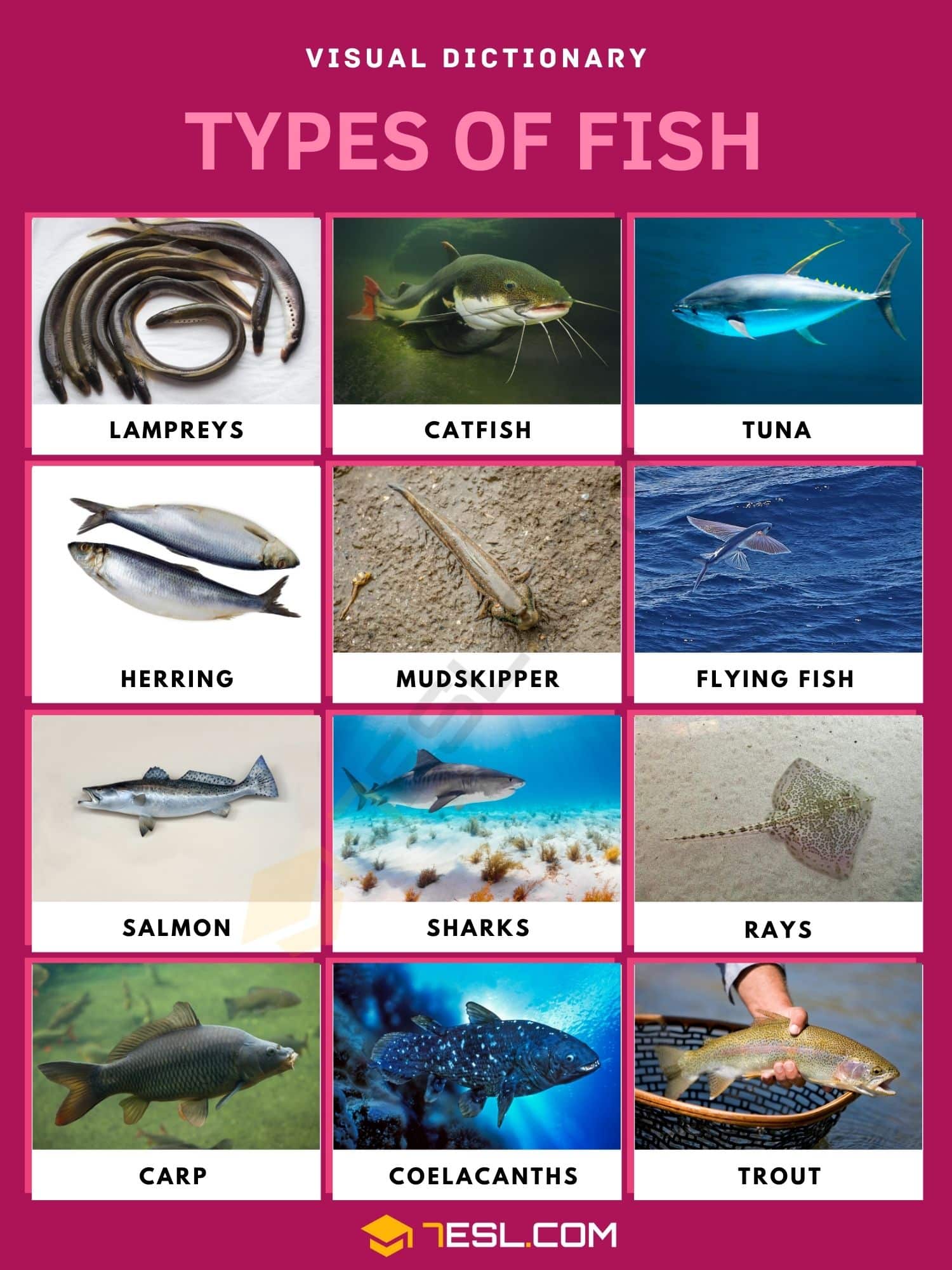