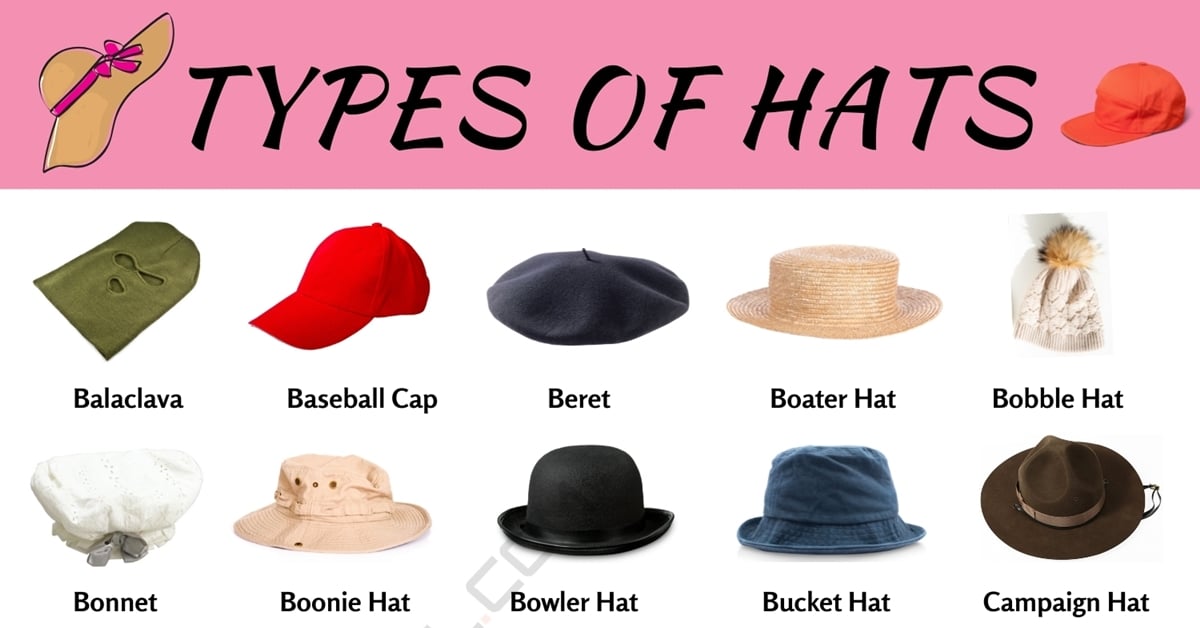 Everyone can have their own style and chance to express themselves, that’s a very important part of life, but sometimes hats are looked at as a pretentious accessory for hipsters and nothing more. We’re here to talk you through some of the different types of hats that are available in the world today and some information behind them. Maybe you can decide which one best suits you.

Who would have thought there could be THAT many hats in the world? Well, you’d be quite surprised with just how many there are out there and how many styles are available to you. Hats can come in all shapes of sizes, but it’s obvious that most seem to have fallen out of fashion or generally out of the public eye over recent times.

Different Types of Hats and Their Facts

The balaclava is technically a head wrap and not a hat, but it still falls under the same classification, so it’s included in this list. It is usually wrapped around the head and covers most of the neck, so only the face (sometimes only the eyes!) are exposed.

One of the most prevalent hats in the modern world. Many sporting teams opt for the baseball cap as their hat of choice and they’ll usually brand them with their logo or badge to allow supporters to don them with pride.

Most popularly worn in the proud country of France, the beret has become quite a fashion statement among the population today. They have evolved in status through the years (having once been the hat of peasants) and seem to make quite an impression these days.

A classic hat, designed and worn by women. It’s been seen throughout history and has very rarely changed in size, shape, or statement. It has fallen out of fashion somewhat these days, but they’re still used often for fancy dress parties requiring that classic 1920s look.

Once worn by farmers and fishermen to keep the sun from burning their heads, the bucket hat has evolved into quite the fashion icon these days. Men and women still wear bucket hats to this day to show off that trendy look.

Yee-haw! Any western movie fans will have seen and adored these kinds of hats. They’re even still popular today, and many men and women in the Southern states of the USA like to wear these out and about.

This hat is a well-known classic. You’ll often see it floating atop the heads of gangsters and men in old-time classics (or newer movies set in olden times). It’s iconic in and of itself and is still even found being worn today, though they aren’t strictly for gangsters anymore.

These hats tend to be considered a little more exotic than some of the others on the list, but they’re still one of the most popular styles of hats in the world today. They are easily recognizable with their interesting cylindrical shape and their large tassel that hangs off the top.

One of the most common hats worn by women in the sunshine today. The sun hat proudly shows off a wide brim which helps to shield the whole head of the wearer from the negative effects of the sun. They are considered to be quite fashionable these days, and ladies all around the globe like to wear them, whether they are going to the beach or just strolling through a park!

Another classic, worn by more of the civilized gentlemen of the world in the olden days. It has a wide brim and an impressively tall crown to boot. Many historical figures wore this hat to the finest events (like Winston Churchill and Abraham Lincoln).

Types of Hats | List of All Hats in the World

Different types of hats from all over the world. 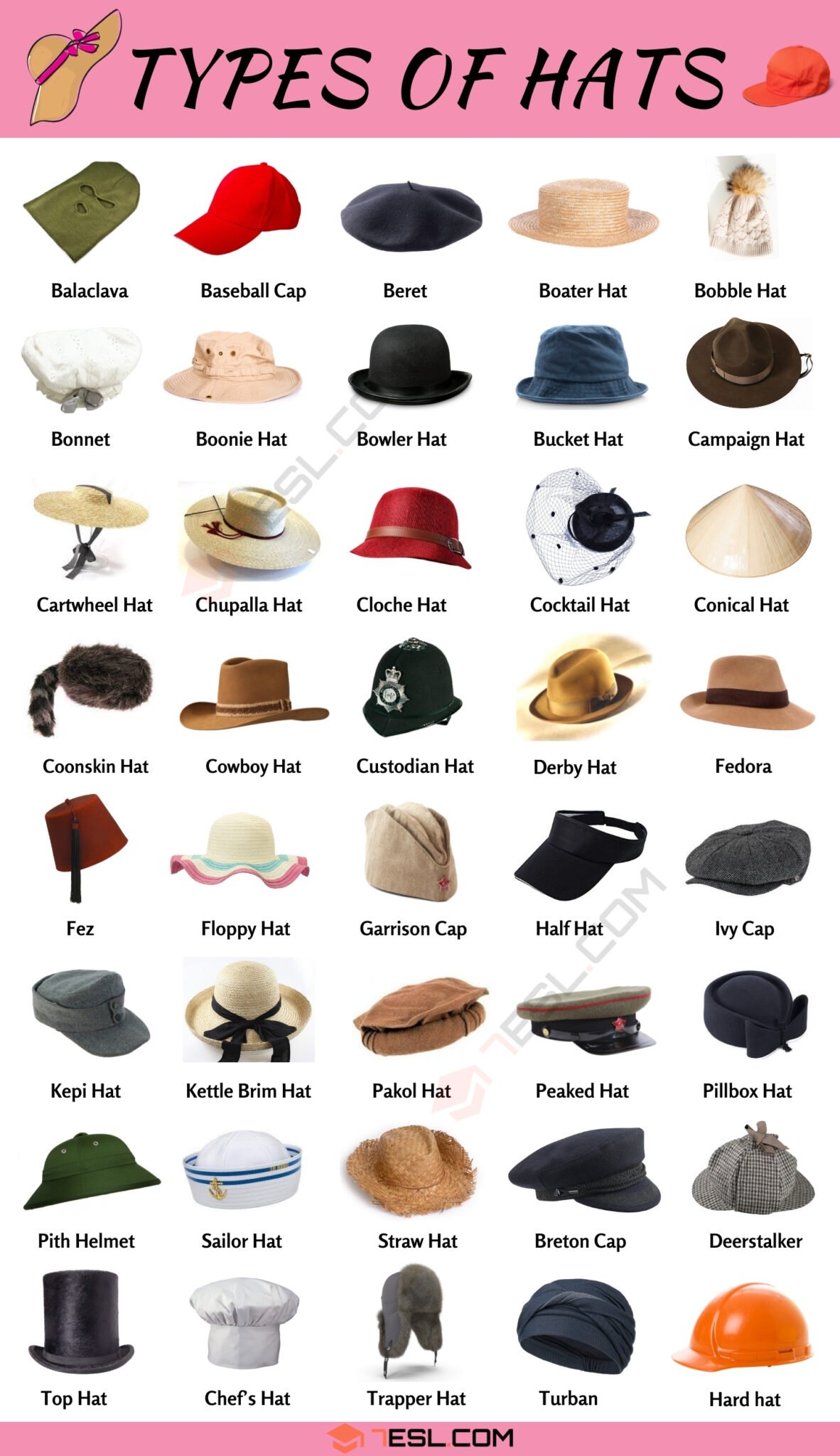