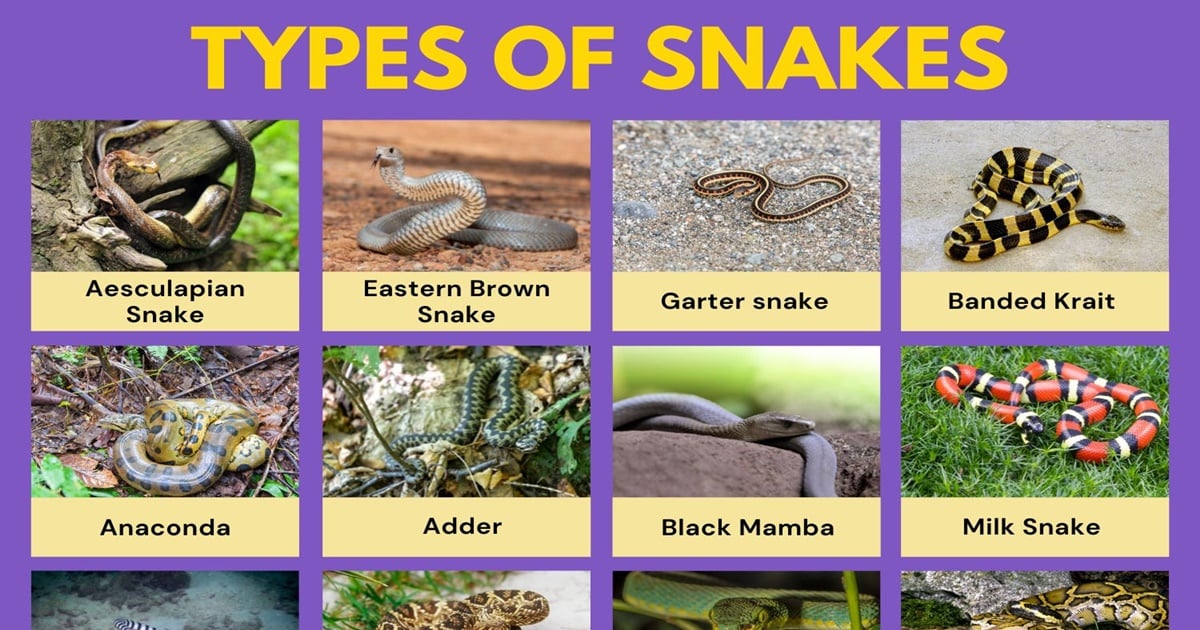 Snakes are predatory animals that have existed for millions of years. There are around 3,000 species of snakes worldwide, and they can be found on every continent except Antarctica. Snakes are often feared for their potential to cause harm, but many people also find them fascinating creatures. Snakes are typically carnivorous, meaning that they eat other animals. Their diet varies depending on the species, but snakes have been known to eat some of them, including rodents, birds, lizards, and other snakes.

Snakes are elongated, legless reptiles that have cylindrical bodies and tapering tails. They are covered in overlapping scales, which help to protect them from predators and the elements. Snakes are found in various habitats, including deserts, rainforests, and grasslands. Some species of snakes are venomous, meaning they can inject venom into their prey or predators through their fangs. Humans often fear venomous snakes, but most snake species are not venomous and pose no threat to people.

Snakes move in a sinuous, undulating motion that helps them travel over various terrain, including sand, rocks, and water. Some types of snakes are also capable of climbing trees and other vertical surfaces. Snakes use their strong muscles to propel themselves forward, and their scales help them to grip the ground or whatever surface they are moving over.

Many people believe snakes can dislocate their jaws to swallow prey larger than their head, but this is not true. Snakes can open their mouths very wide because their lower jaw is not attached to their skull like ours. Instead, ligaments connect the lower jaw to the upper jaw, allowing it to move independently.

Common Types of Snakes with Facts

There are many different types of snakes, but they can broadly be classified into two categories: venomous and non-venomous. Venomous snakes have specialized glands that produce venom, injected into their prey or predators through their fangs. This venom can cause severe harm or even death. Non-venomous snakes, on the other hand, kill their prey by constricting them and suffocating them. Some of the most common types of snakes include the following:

Cobras are a type of venomous snake that is found in tropical regions. They can grow to be up to 5 meters long and are considered one of the most dangerous snakes in the world. 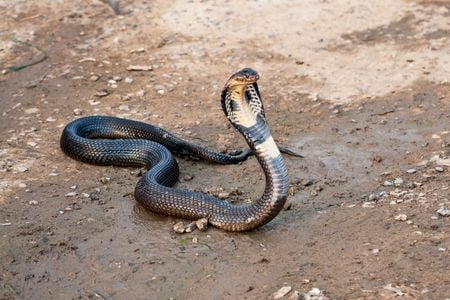 The boa constrictor is a large, non-venomous snake that is found in the tropical rainforests of South and Central America. These snakes can grow up to 4 meters in length and are typically brown or green. 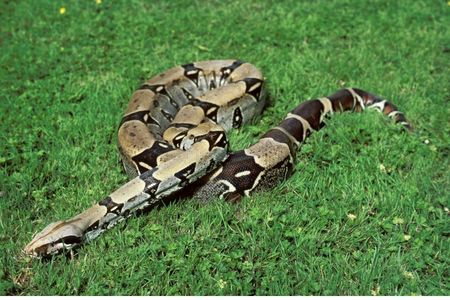 Pythons are a type of non-venomous snake that is found in tropical regions. They can grow up to 7 meters long and are known for their ability to kill their prey by constricting them. 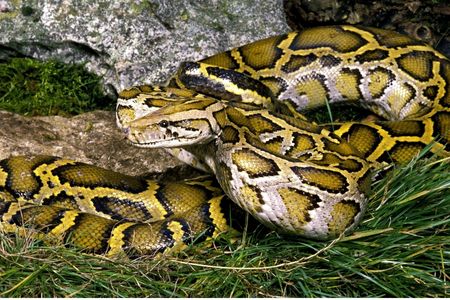 The Aesculapian snake is a non-venomous reptile that is native to Europe. It is also known as the European milk snake and the Aesculapian keelback. These snakes can grow up to 1.8 meters in length and are typically brown or black, with a white or cream-colored stripe running down their backs. 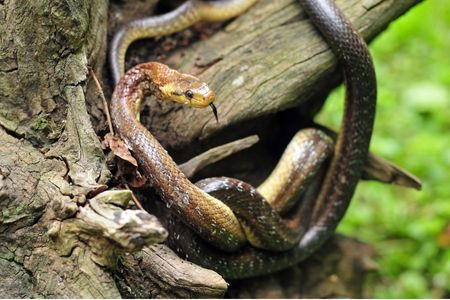 Rattlesnakes are a type of venomous snake that is found in North America. They can grow up to 1.5 meters long and are known for their distinctive rattle, which they use to warn predators or prey of their presence. 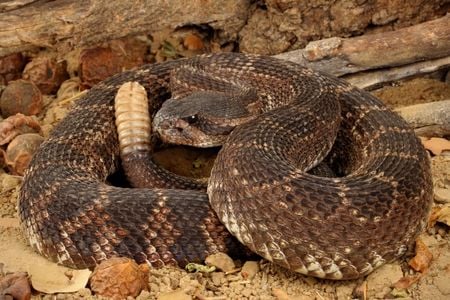 Snakes are unique and often misunderstood creatures. Though they can be feared, many people find them interesting and even beautiful animals. With so many different types of snakes in the world, there is sure to be one (or many!) that piques your interest. 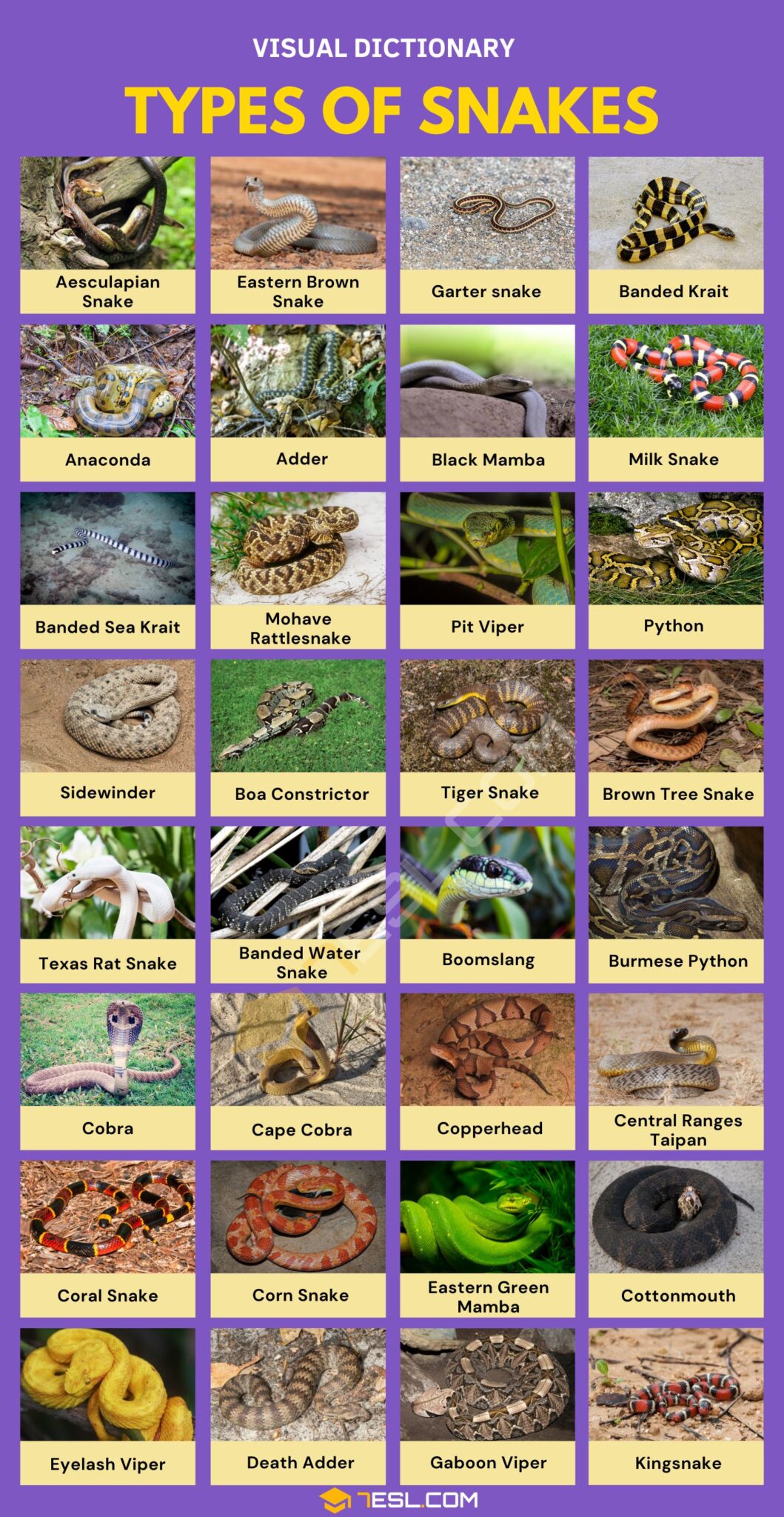 I love snakes. All kinds of snakes. I like big snakes and scary snakes so yeah . I am a reptile person