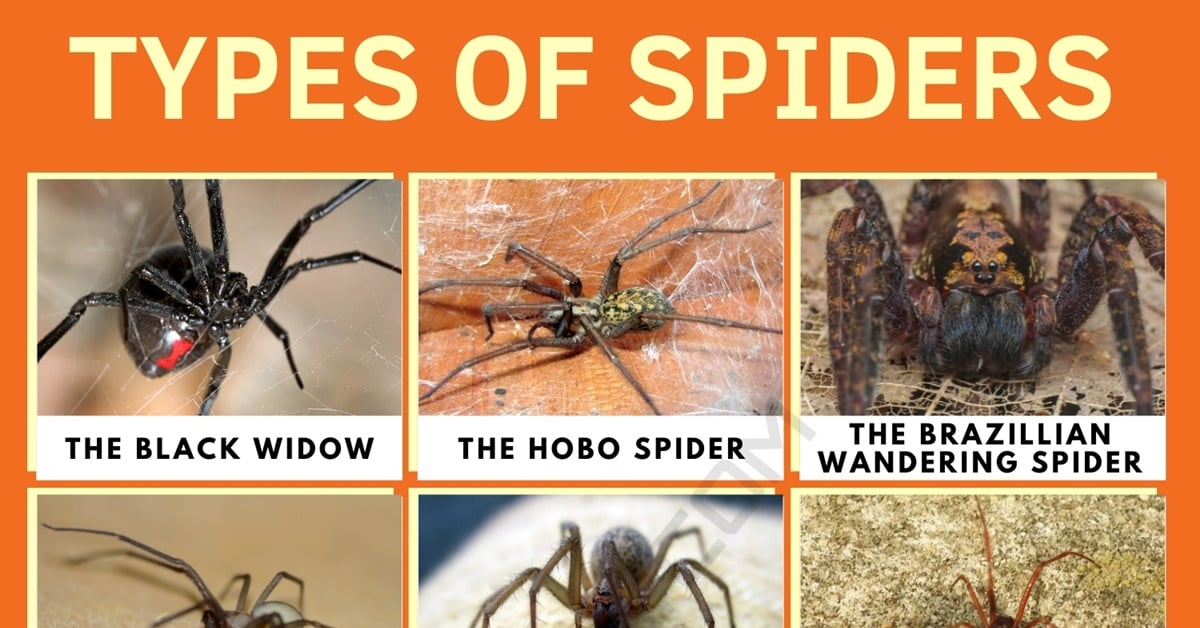 Spiders are literally everywhere, from the ceiling of your house to the railroad sideways. Some of these spiders usually have an eerie look that may give you an instant arachnophobic feel, that is, the fear of spiders. Spiders come in different colors ranging from brown to red, gray, and even white.

One thing is for sure siders are not insects, and usually, most of them are nonpoisonous, and they rarely bite humans, well, unless you provoke them. Spiders have distinguishing characteristics: they have four pairs of legs and two body parts. Spiders also help in reducing the number of unwanted insects in your home such as ants and flies.

This article briefly summarizes the most common types of spiders, both poisonous and nonpoisonous forms, and where you are most likely to encounter them.

Each Spider and Its Specific Facts

This spider is revered in the whole world due to its venom, which causes breathing difficulty due to paralysis of the victim’s lungs. Its found almost everywhere globally, with most of these spiders being found in temperate regions; Africa, Southern Europe, Asia, and Australia.

The female has a shiny abdomen designed into an hourglass shape, with reddish-brown colorations. It usually feeds on the male after mating to provide nourishment to its unborn spiderlings. Male is seldomly seen, but it measures about a quarter of the female’s body size.

This species of spider got its name from the frequent sightings along with the railroad trucks. It’s usually brown and has massive hairs on its body, especially on the leg. Found mostly in the Northwestern parts of America. Its bites are non-necrotic, and usually, the symptoms of the poison subside within 24 hours.

Measuring an average of 0.25 inches, these spiders are usually poisonous and commonly found in the USA, mostly in Kentucky and Georgia. They have long legs, which creates an illusion of them being big, whereas they are not. They have violin-shaped markings on their bodies and three pairs of eyes.

They are also referred to as banana spiders as they are commonly found in banana plants. These types of spiders can inject venom into a victim, causing effects on the victim’s central nervous system. They are also considered men’s worst nightmare as they cause painful erections on men when they bite them.

Referred as to wolf spiders due to the way their hunting skills resemble that of a wolf. They are brown and have excellent vision. Have a pair of eyes on the top of their heads on either side and another pair of eyes with four other eyes.

Mostly gray and have round abdomens. Commonly make their webs in dark and concealed corners of buildings and homes.

These spiders are unique in that they build and tear down large webs daily for trapping insects. They can grow up 2-3 cm in size and are usually gray or brown.

This is the most common spider species globally and usually builds its web almost everywhere in the house. They have very long thin finger-like appendages at the end of their abdomens.

Most spider bites are rarely fatal because their venom is structured to kill small animals such as insects. If you live in an area prone to spider bites or you are planning to go for a vacation in a spider-infested area, buying a spider identification book is a worthy investment, as it helps you distinguish a bite from a poisonous and nonpoisonous spider. 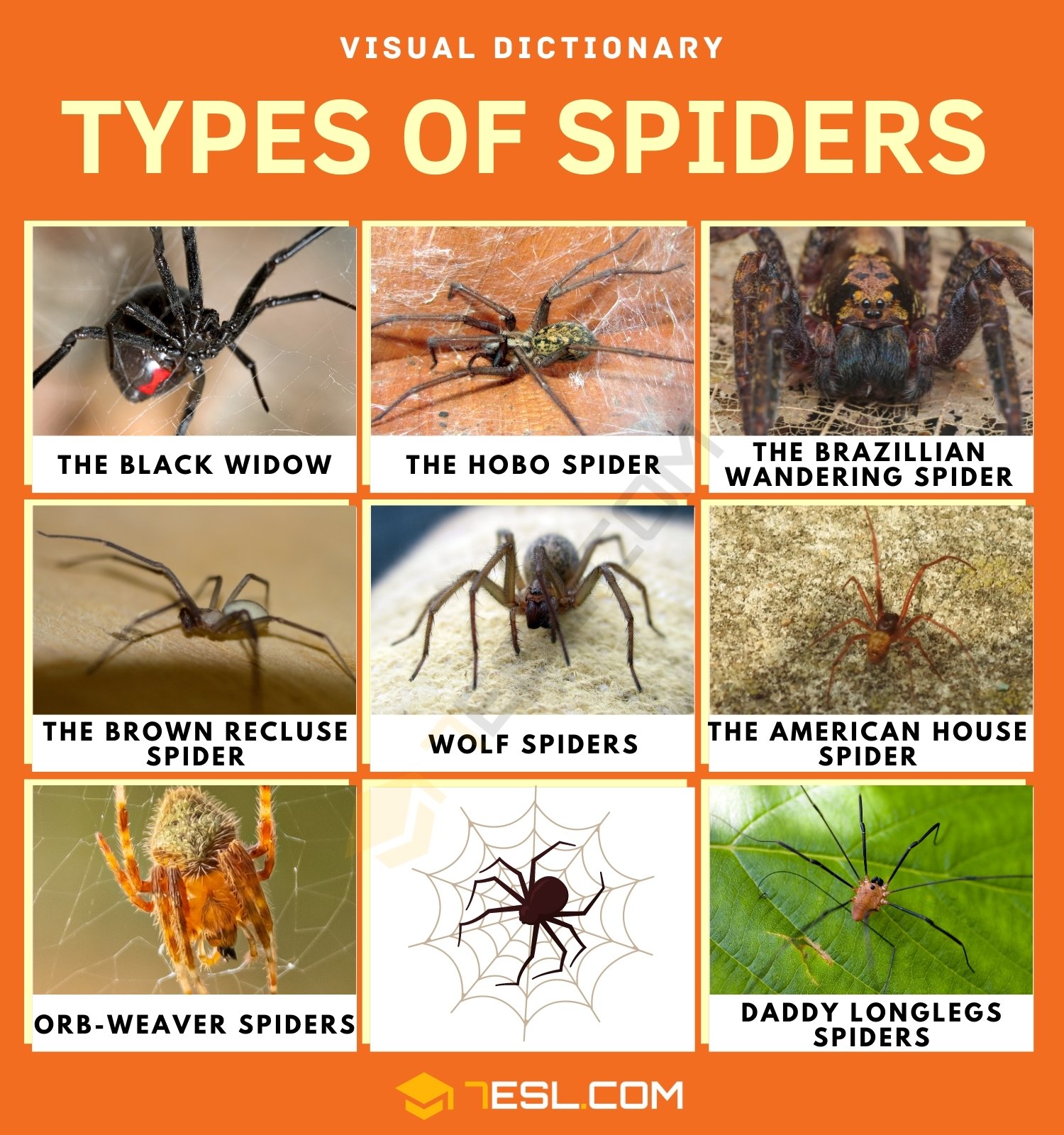