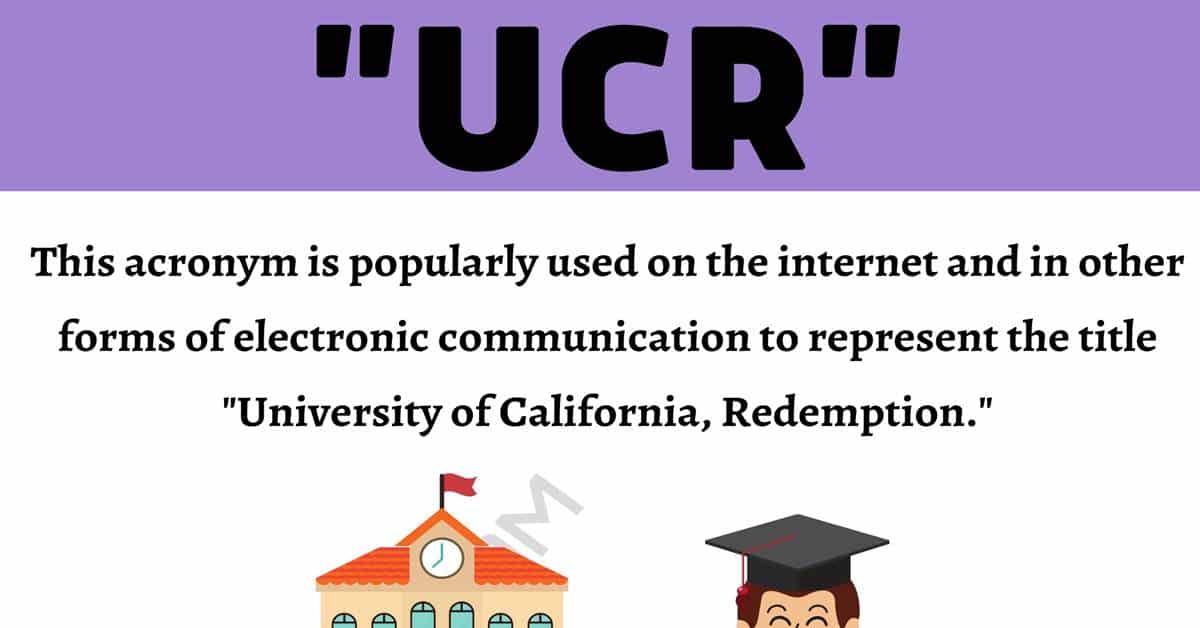 What does “UCR” mean? If you live in the state of California or have had reason to look into colleges lately, then that is when you most likely came across this acronym and started wondering what it meant. Odds are that curiosity is what led you to this page, which is a good thing because you will find the meaning, details about the origin, and other meanings of this term all contained in this brief article. You will additionally see some conversation examples used to expressly feature this phrase and its proper usage to help you grasp a deeper understanding of the term. Lastly, you will learn about some synonyms that can be used to represent this term if that is possible without changing the meaning.

What Does UCR Mean?

The University of California, Riverside was established in 1907 as a subsidiary of the other established UC college campuses. However, by 1959 it became necessary for it to become a full college campus because of the increase in the state’s population. During the 1990s, the school became known by the nickname “University of California, Rejects” because the school took in applicants of minority ethnic groups which made up nearly 70% of the student body and faculty. It was said these people were rejects from the other UC campuses which were considered superior. In the early 2000s, the school made huge strides to improve their diversity and the programs they offered to students and the acronym changed meaning again to be the phrases described in the meaning section above.

Other Meanings of “UCR”

Other than the meanings already explained above, this acronym can have several other meanings as well in more technical areas or scenarios. A small group of examples showing the other things that this acronym can represent are “Uniform Crime Reporting,” “Universal Card Reader,” “Unit, Cost, Report,” “Union for Children’s Rights,” and “User Communication Requirement.” There are many other things this term can stand for also, but there are too many to mention them all here in this article.

This acronym stands for the official title to a school, even in the slang form of the phrase. It is well-known and using other words in its place other than those already discussed above would change the meaning of this term. Therefore, using synonyms to represent it is not possible. 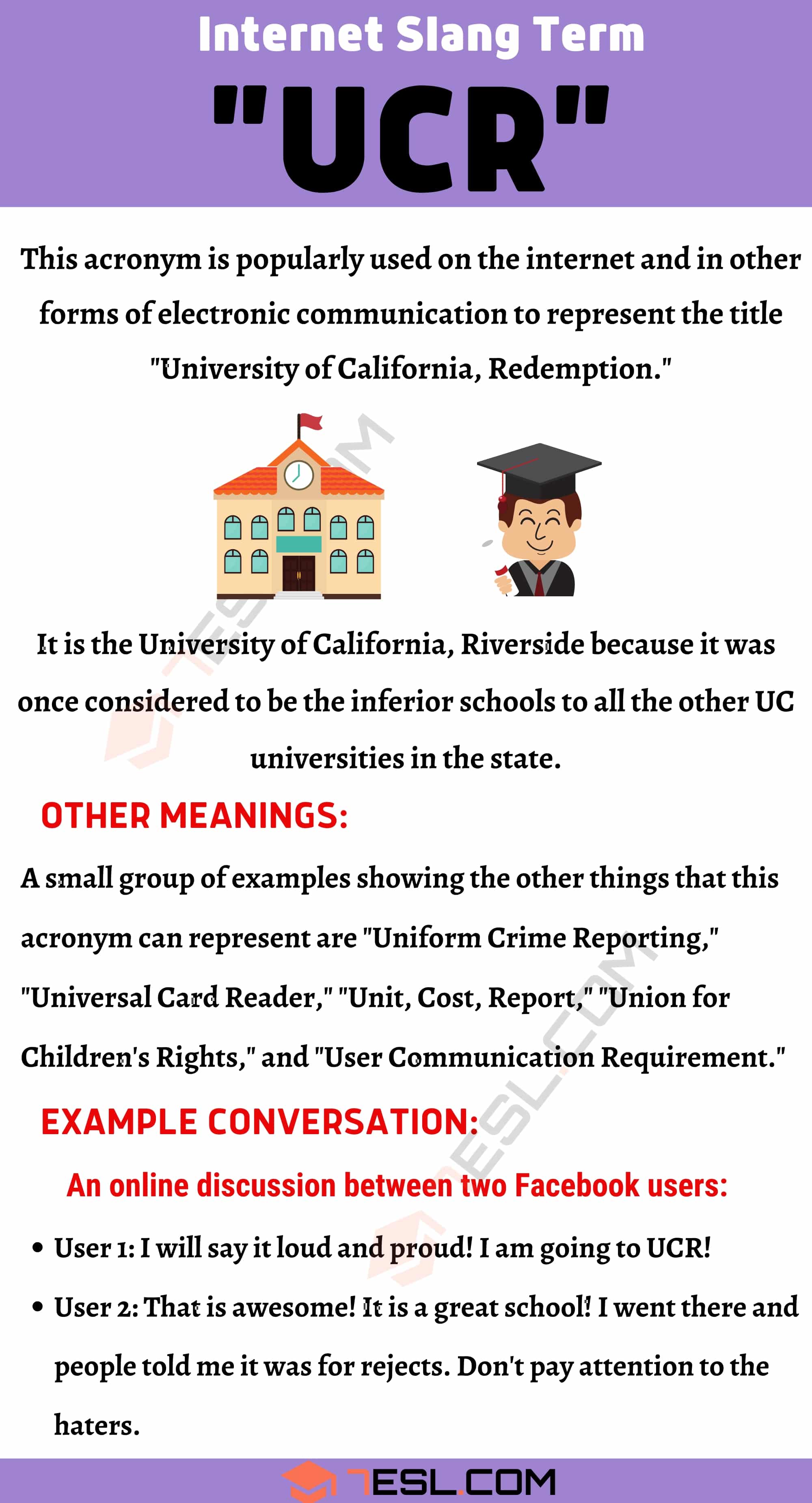