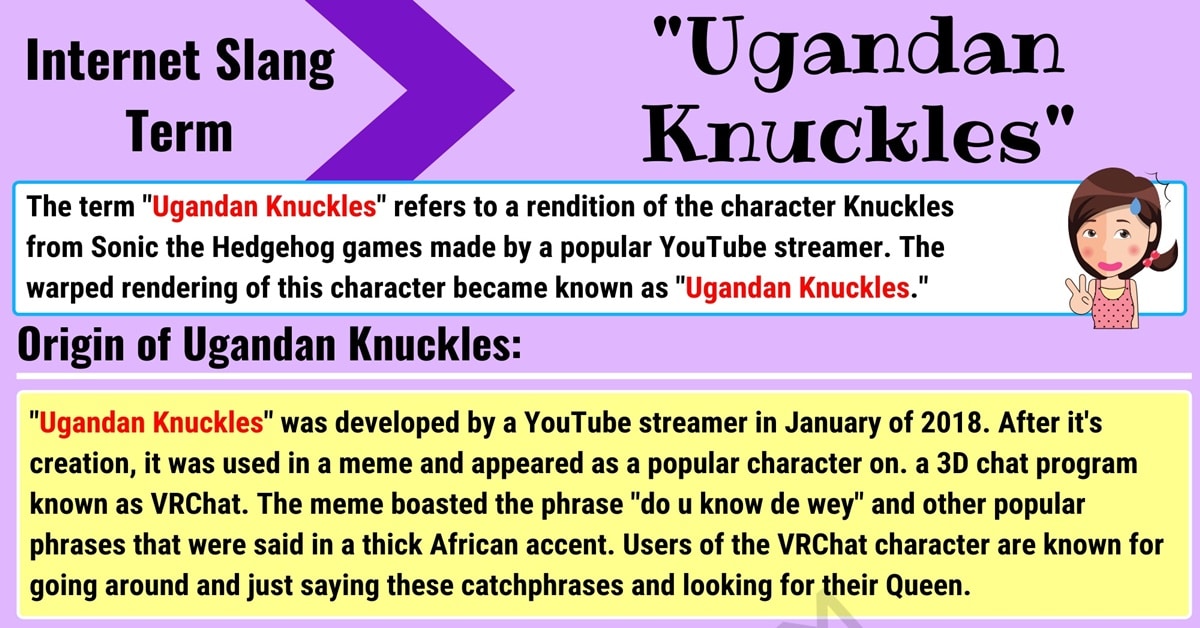 The term “Ugandan Knuckles” may not be a familiar term fo you, but it was used on the internet feverishly a year ago. If you have seen this phrase and it led you here, then you are in luck. Here you can find the meaning and origin of this term.

You will also find other meanings of there are any available and some example conversations that use the slang term in the proper context to help you understand it better. Finally, you will see some suggested words and phrases that could be used as possible synonyms for this term.

What Does Ugandan Knuckles Mean?

“Ugandan Knuckles” was developed by a YouTube streamer in January of 2018. After it’s creation, it was used in a meme and appeared as a popular character on. a 3D chat program known as VRChat. The meme boasted the phrase “do u know de wey” and other popular phrases that were said in a thick African accent. Users of the VRChat character are known for going around and just saying these catchphrases and looking for their Queen.

There are no other meanings that are currently on record for the term “Ugandan Knuckles.”

A conversation between two VRChat users:

Since this term was the official name given to character creation, there are very few alternative words or phrases that you can use to replace the term “Ugandan Knuckles.” One synonym you could possibly use is the phrase “deformed Knuckles.” 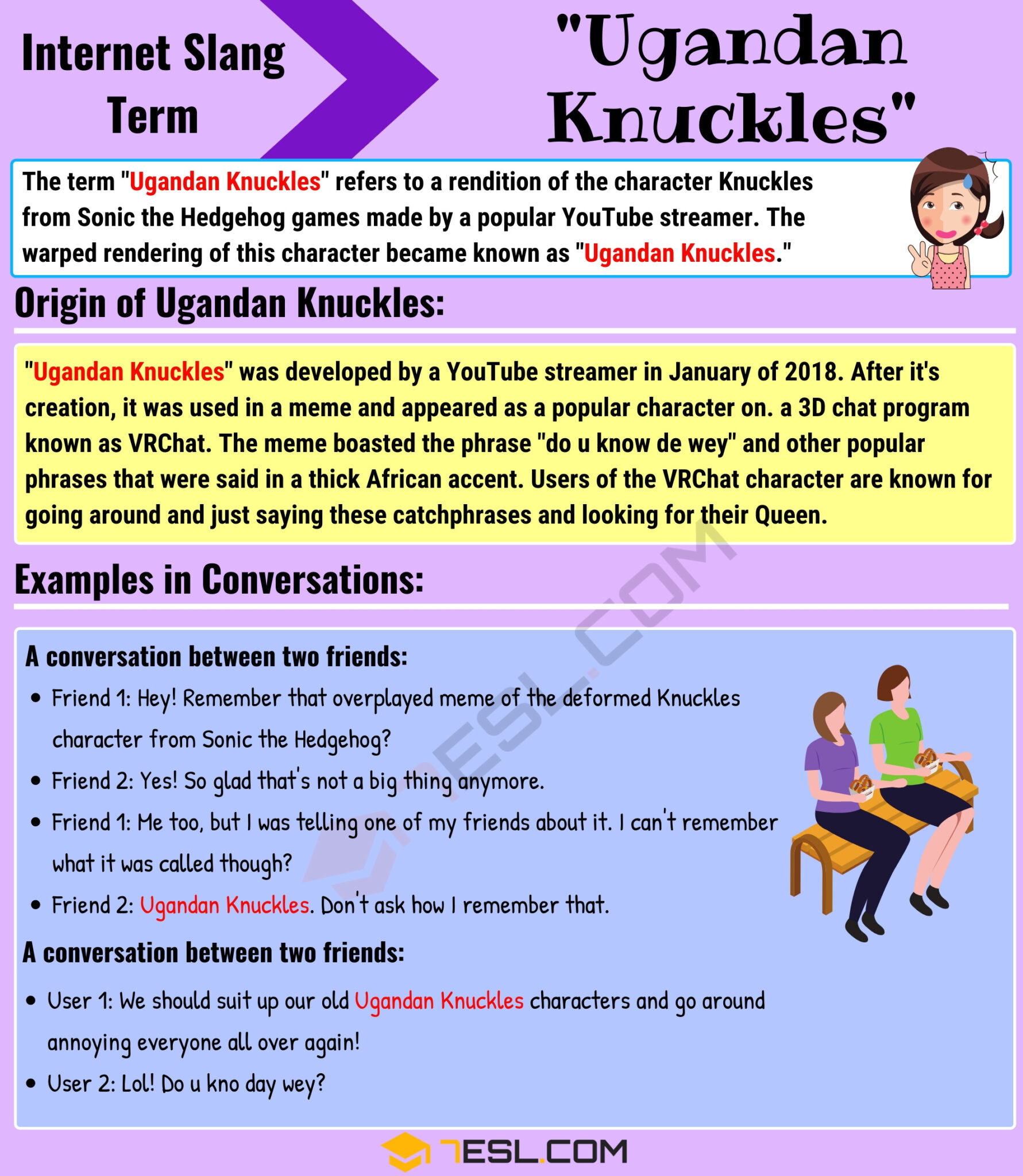