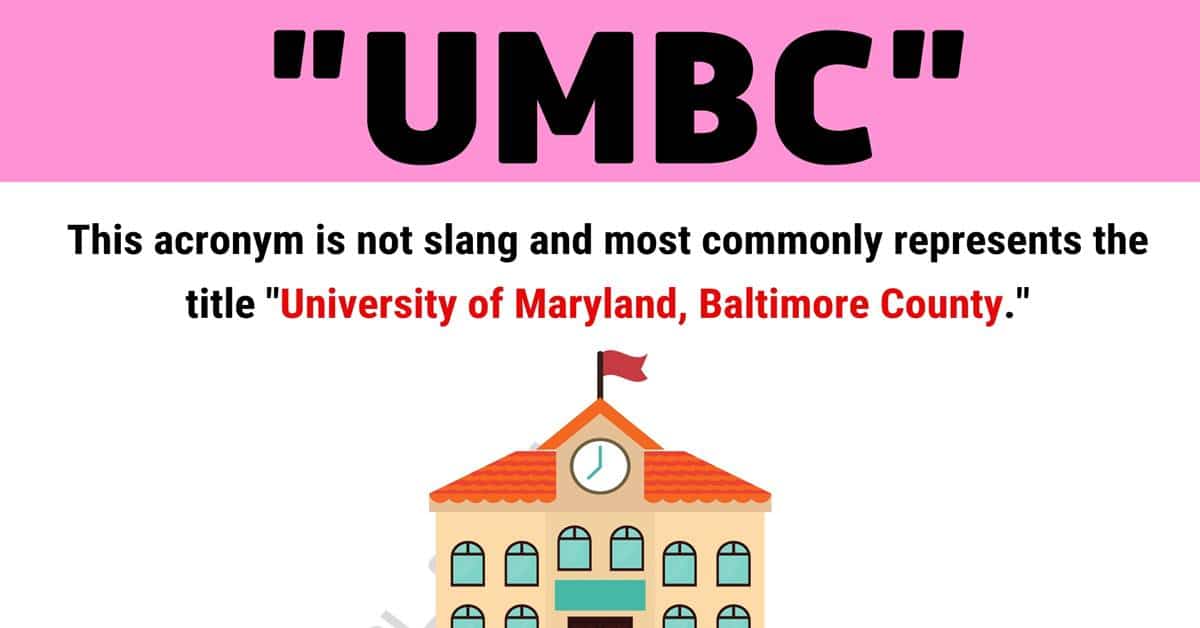 You may be familiar with the acronym “UMBC” if you live near it or went to it. That probably made you even more confused about its meaning than when you got here. Have no fear though, this article will help you figure it all out. Here you will find the meaning of this acronym, the story of its origin and what it represents, and some alternative meanings if there are any to be found. You will also see some conversation examples where this acronym will be used properly to help you even further understand its meaning. Finally, you will see some synonyms for this acronym and the phrase it represents if it is possible to replace it with other words and still convey the same meaning.

What Does UMBC Mean?

This acronym is not slang and most commonly represents the title “University of Maryland, Baltimore County.”

This college campus got its start in 1963 with a bill that was passed by the government into law in 1964. The college campus was built and opened its doors to students two years later in 1966.

There are some other official titles that this acronym represents which are “United Malayan Banking Corporation,” “United Middle Belt Congress,” “University of Missouri Bioinformatics Consortium,” and “Urban Mobility Breacher’s Course.”

There are no synonyms that you could use to represent this acronym or the phrase it represents because it is the official title of something. Changing it in any way would mean it would no longer represent the thing it refers to. 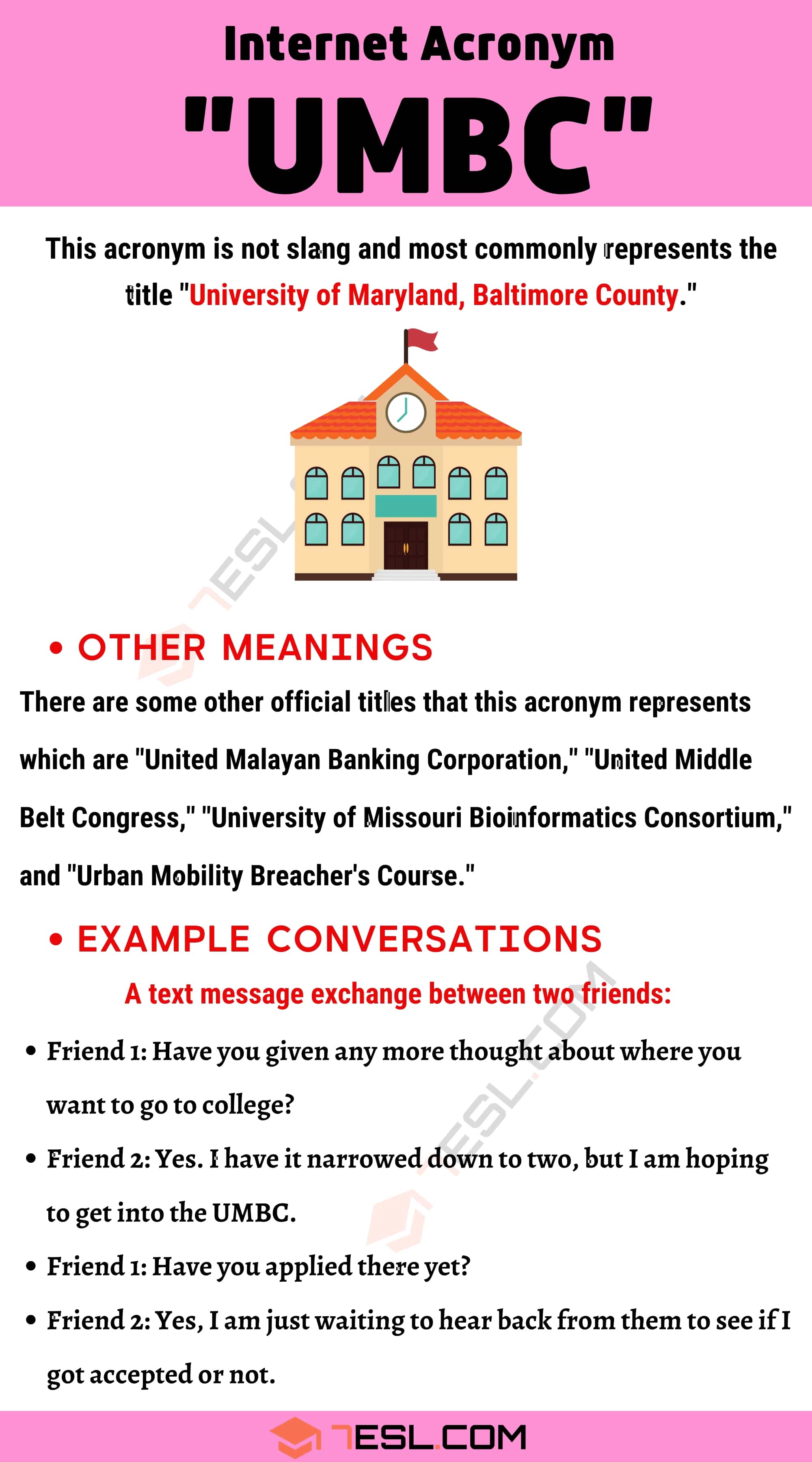