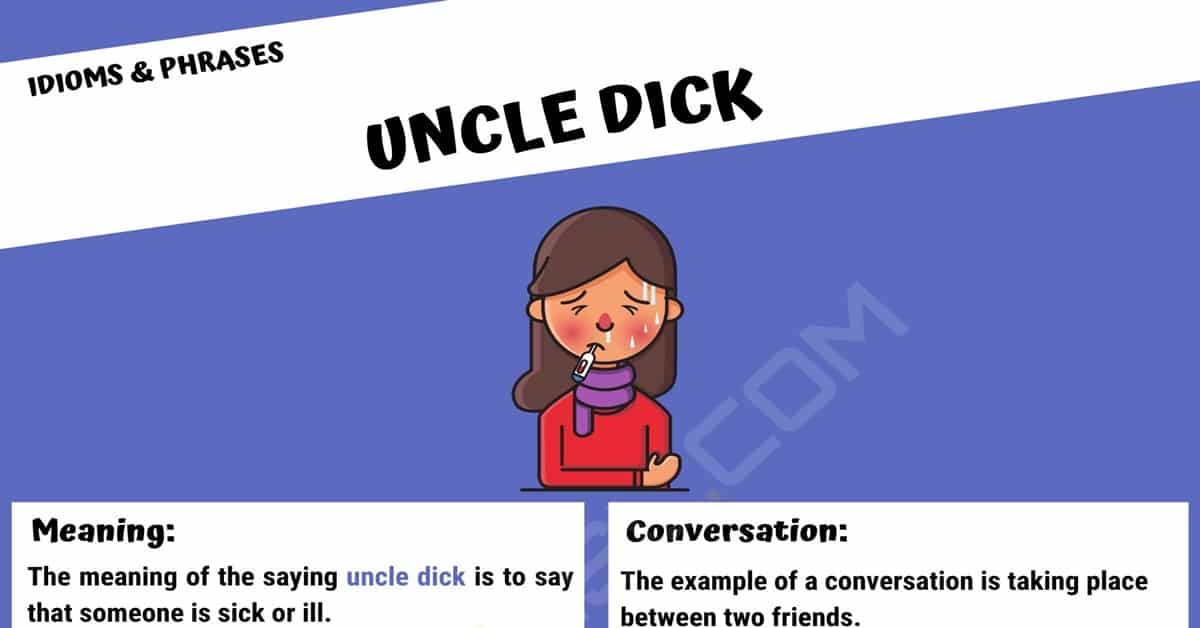 You may have heard a speaker using the term uncle dick in the past, but what is the meaning of this saying? In this article, we are going to be looking at both the origin and the meaning of the phrase as well as looking at some conversation examples to show how the term can be used.

The meaning of the saying uncle dick is to say that someone is sick or ill.

Origin of this useful term

The phrase uncle dick is one which comes from Cockney rhyming slang which is a way of speaking by using words which rhyme to refer to a separate meaning.

There are a lot of sentences in which the term uncle might be seen. We are now going to take a look at some examples to show how the term might sound.

The first sentence is being made by a person in the workplace.

The next sentence is one which is being made by a father about his child.

You might hear the term uncle dick being used in various different conversations in spoken English. Let’s now take a look at some examples to show the kind of thing you are likely to hear.

The first example of a conversation is taking place between two friends.

The second conversation is one happening between two work colleagues.

Other Ways to Say “Uncle Dick”

There could be many more ways to say the term uncle dick, some of these examples can be seen below.

Learn more with the video of popular idioms in English. 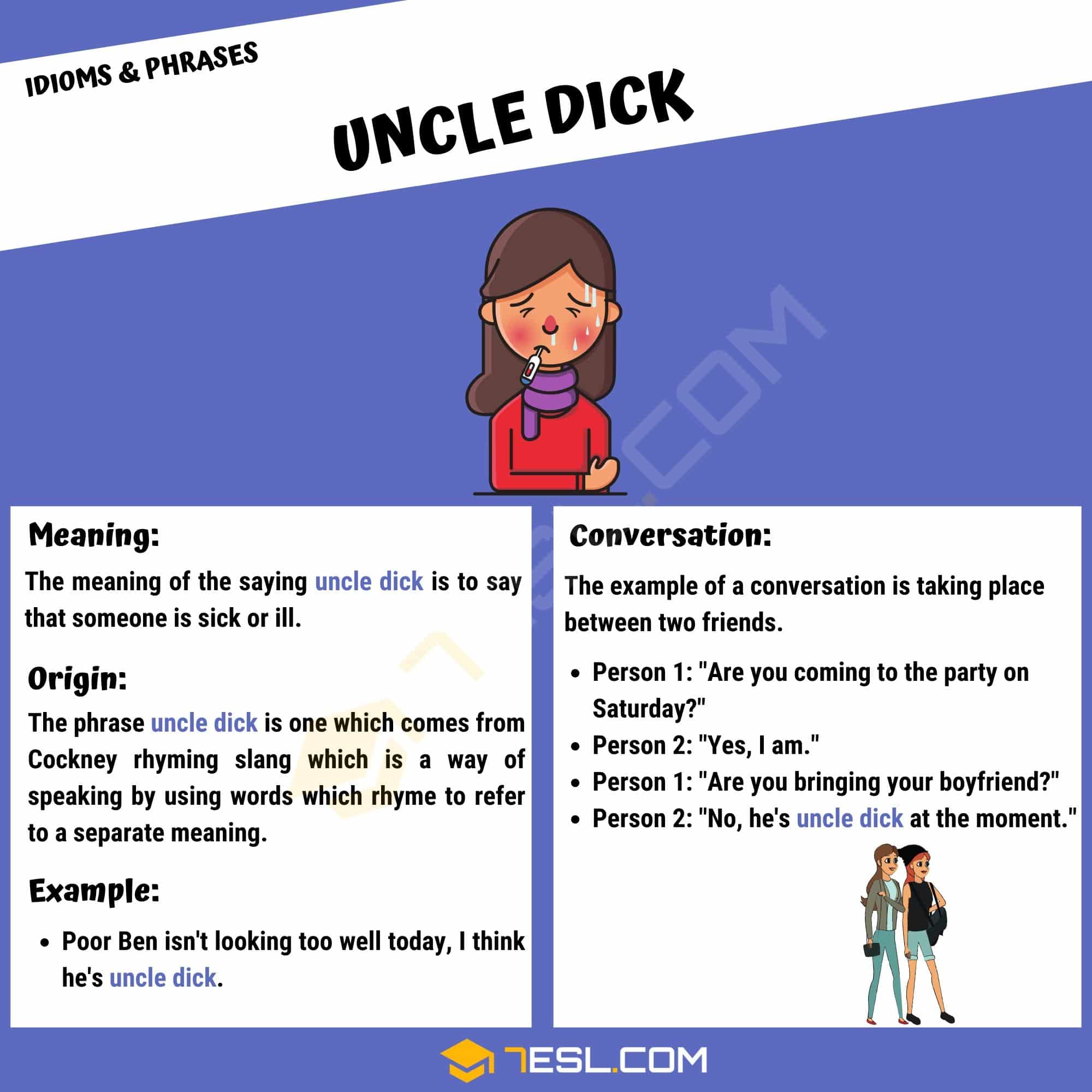