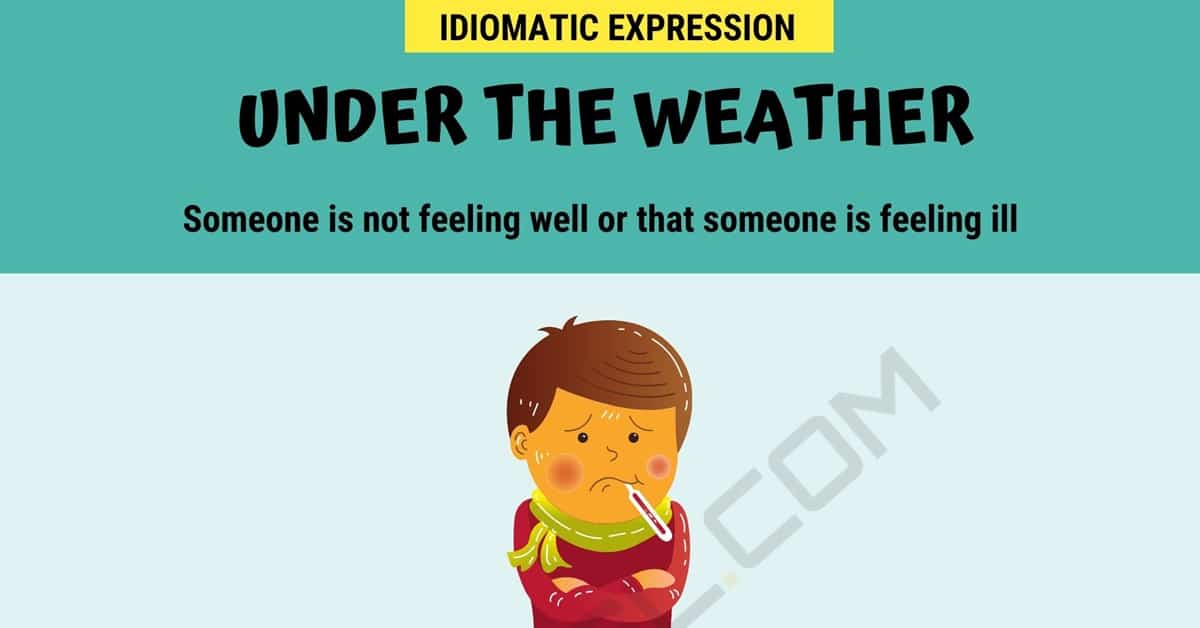 The idiomatic phrase “under the weather” is a phrase you will hear or see quite often in everyday conversation and writing. Here you will find the meaning of this phrase and the information regarding its origin. You will also find examples of how to properly use this phrase in conversations/statements and alternative ways to say the phrase while still conveying the same meaning.

Under The Weather Meaning

“Under The Weather” Examples

A statement made during a local charity event regarding a speaker who was supposed to come and address the audience.

A conversation between two friends meeting at the mall to go shopping.

Other Ways to Say “Under The Weather”

As with all English idioms, there are plenty of other ways to say “under the weather” and still convey the same meaning. Some alternative ways to say this phrase include:

What does “Under The Weather”? | Picture 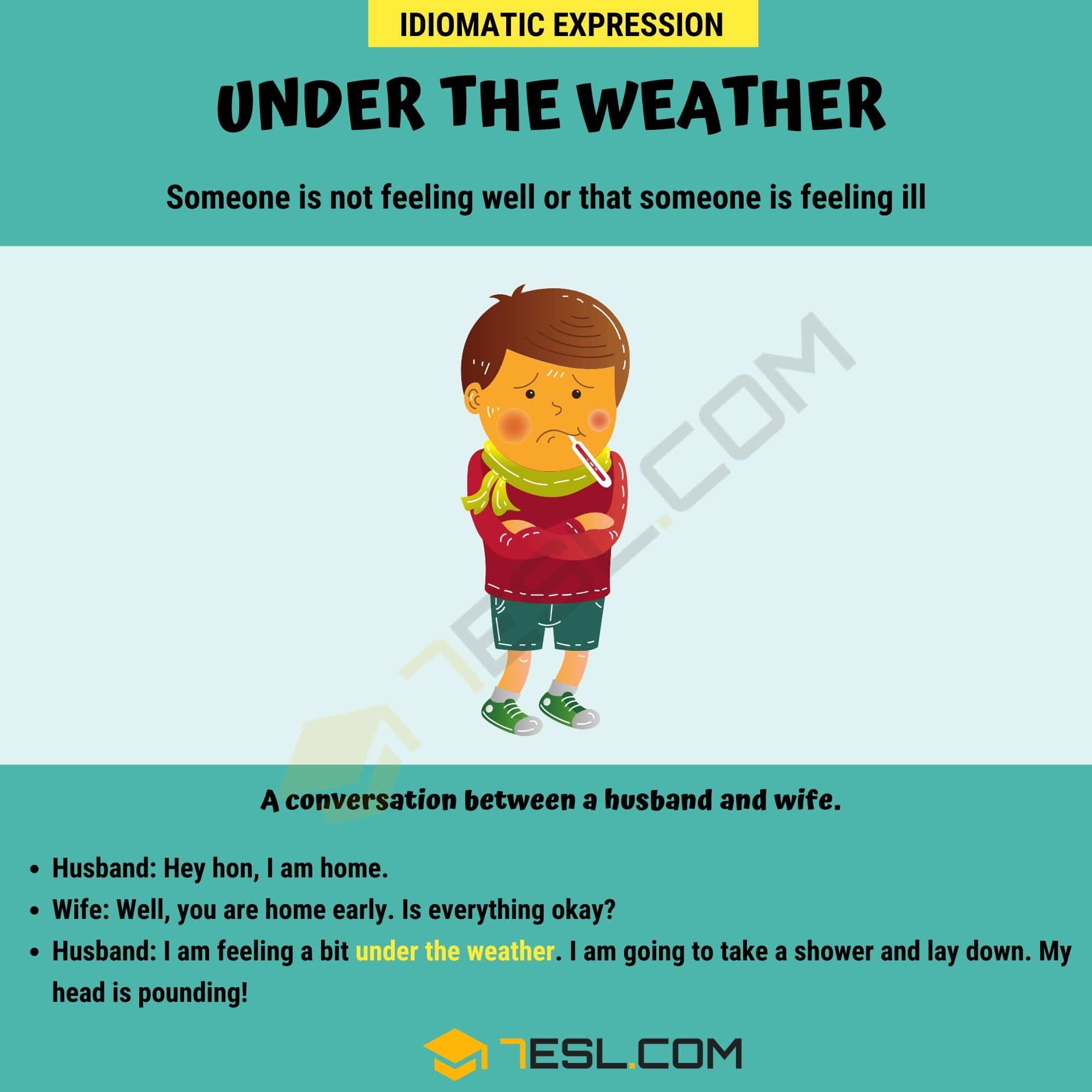