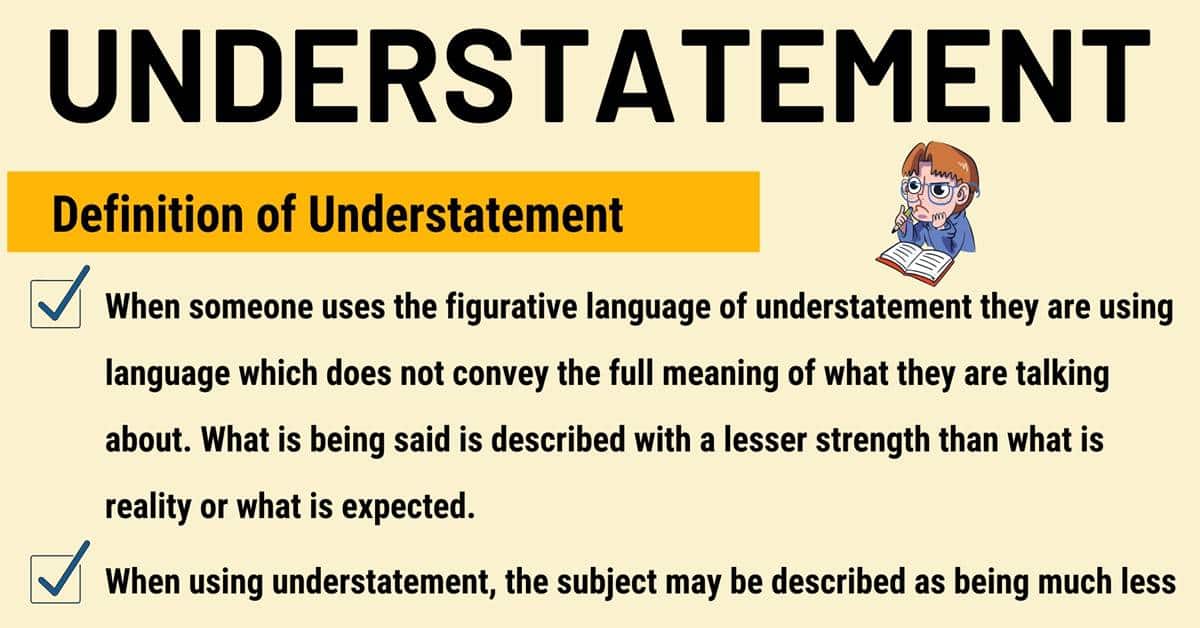 There are many times that understatement is used within the English language, this might in the form of a spoken conversation or within a written text such as prose, poetry or song. But what is understatement and how is it used? In this article we are going to look at the answers to both of these questions. We will also take a look at some examples of understatement being used in both a spoken sense and that of a literary sense.

When someone uses the figurative language of understatement they are using language which does not convey the full meaning of what they are talking about. What is being said is described with a lesser strength than what is reality or what is expected. When using understatement, the subject may be described as being much less important than what it literally is and the reason for using this type of language is to play down a situation, item or concept.

When used as a literary device, understatement is often used to add a more humorous effect to the situation which is being talked about. The same can be said when it is used in spoken language. Using understatement purposefully and comically makes something sound less important than what it really is.

Examples of Understatement in Spoken Language

During the spoken conversation, one might hear the use of understatement very frequently as it is a very common form of the figure of speech within day to day English. We are now going to take a look at some examples of understatement as it is used in a spoken context.

Examples of Understatement in Literature

There are many times in which understatement has been used as a literary device. We will now take a look at some examples of times that it has been used in various written texts.

In this article, we have looked closely at what understatement is and how it is used. We have seen that understatement is a way in which a speaker or a writer can lessen the seriousness or importance of a place, situation, idea or object but using language which lowers the strength of what is being said. Understatement is a common form of figurative language used in day to day conversation and also plays an important part in adding a humorous effect to many different types of written work. 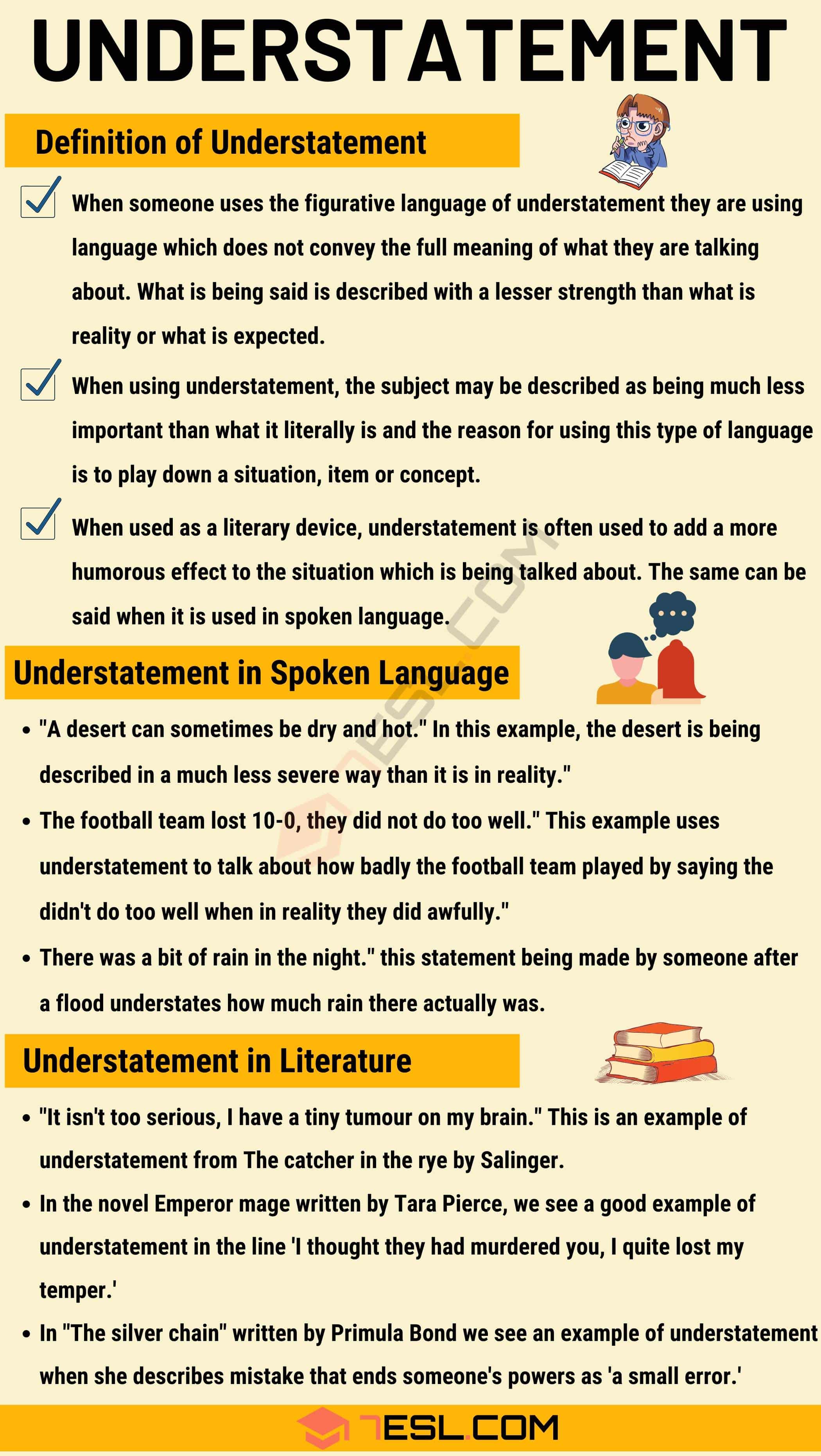