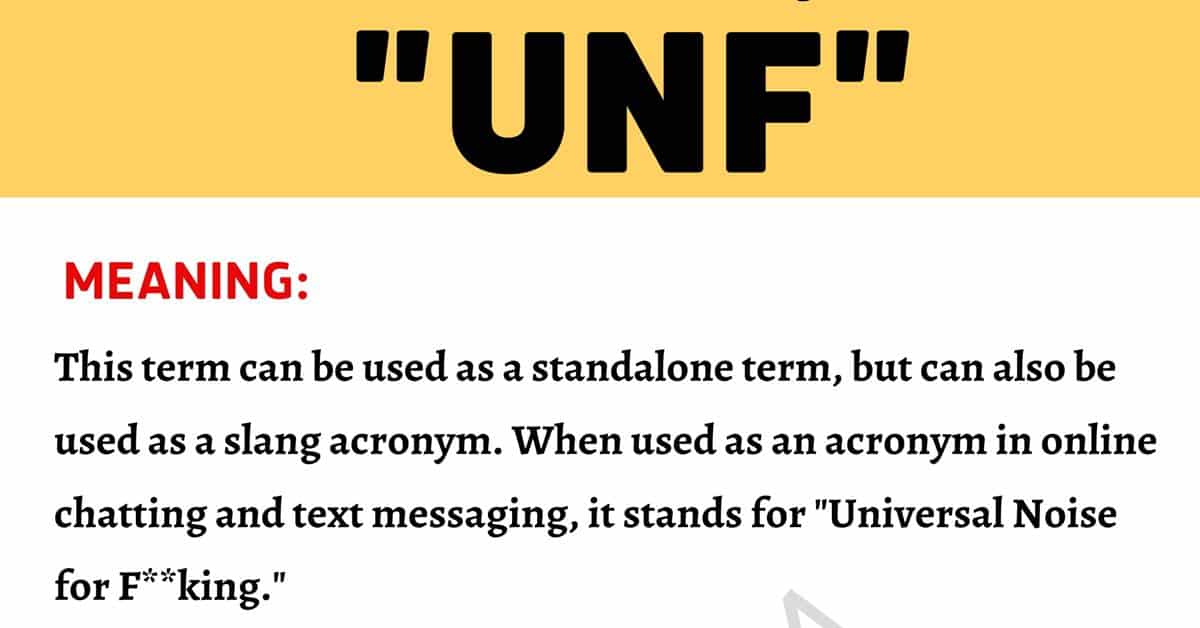 If you have heard the term “unf” lately and came here thinking that it was just another crazy acronym used on the internet and in text messaging, you would only be half correct. While it is used commonly as an acronym, it can also be seen used frequently as a standalone term that gets its meaning from what the acronym stands for. Here you will find everything you need to know to understand this form of slang from its meaning, to details about its origin if there are any available, and some other meanings also. Some example conversations are provided here as well to help you see how this term is properly used in context in hopes that it will aid you in better understanding its meaning. Finally, you will see some synonymous words or phrases that you can use in place of this term without changing its meaning.

What Does UNF Mean?

There is no specific origin information regarding the term either as an acronym or as a standalone word. However, it can be said with certainty that the term has been used in this way since at least 2002.

This slang term is also used as an abbreviation for many words such as “unfinished,” “unified,” and “underflow.” As is the case with most acronyms, this one can also stand for or represent some other titles, phrases, and processes that are more specific as well. While this is not meant to be an all-inclusive list of the possibilities, some of the things this term can also represent as an acronym are “University of North Florida,” “Unified National Fine Thread,” “United Nations Foundation,” “UniFirst Corporation,” and “United Nations Fund.” 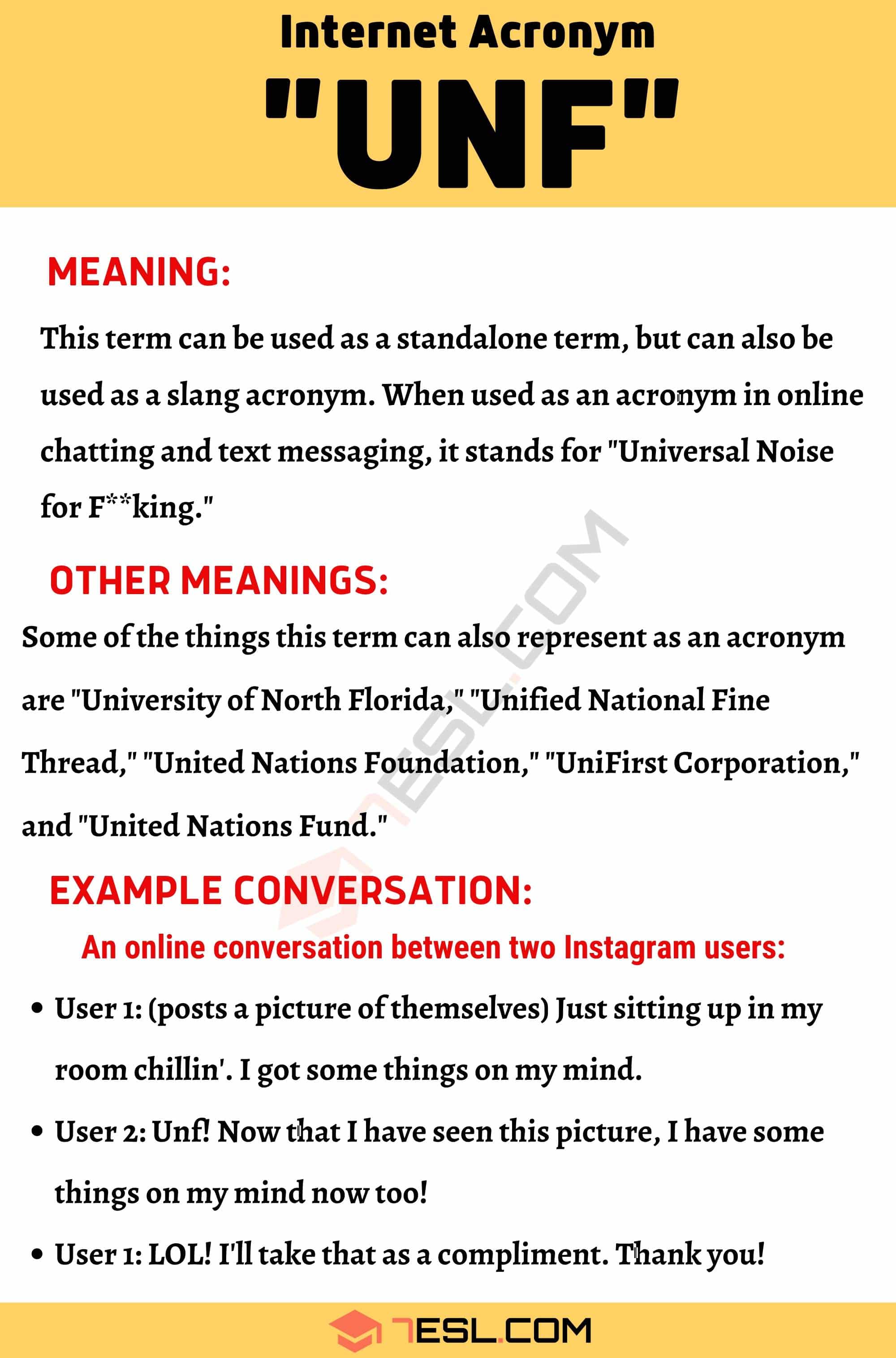