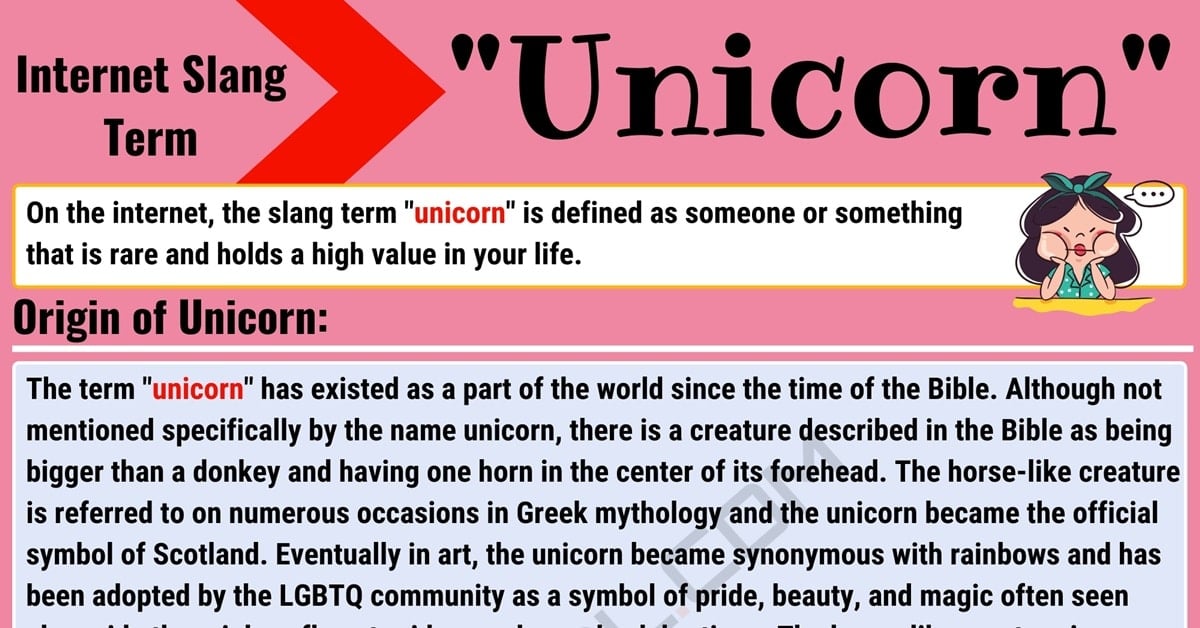 Most people hear the word “unicorn” and think of a mythical white horse with a golden horn in the center of its forehead. However, as a form of internet slang, the word “unicorn” has a much different meaning. Here you will discover this meaning and the origin of the term provided there is information about its beginnings.

You will also find other meanings of the term and see the slang term used in some example conversations to help you better understand the meaning. Finally, you will see some suggested words or phrases that you may be able to use as a replacement for the word “unicorn” in its slang form.

What Does Unicorn Mean?

On the internet, the slang term “unicorn” is defined as someone or something that is rare and holds a high value in your life.

The term “unicorn” has existed as a part of the world since the time of the Bible. Although not mentioned specifically by the name unicorn, there is a creature described in the Bible as being bigger than a donkey and having one horn in the center of its forehead. The horse-like creature is referred to on numerous occasions in Greek mythology and the unicorn became the official symbol of Scotland.

Eventually in art, the unicorn became synonymous with rainbows and has been adopted by the LGBTQ community as a symbol of pride, beauty, and magic often seen alongside the rainbow flag at pride parades and celebrations. The horse-like creature is considered a rare animal and was eventually just used over time to describe anything rare.

In 2013, the term “unicorn” was used to describe $1 billion start-up businesses because they were so rare due to the state of the economy. Although still described as recently as 2017 as “unicorns,” these companies are not as rare. Within the LGBTQ community, the word “unicorn” has also been used to describe a bi-sexual woman who sleeps with a couple consisting of a heterosexual man and a bi-sexual woman.

Sometimes when mentioned in this sense, the woman is represented with a unicorn emoji rather than using the actual word. Speaking of the unicorn emoji, the word and the emoji is used to represent the Unicode also. Finally, someone waiting for some sort of magical solution to a problem is said to be waiting for a “unicorn solution.” 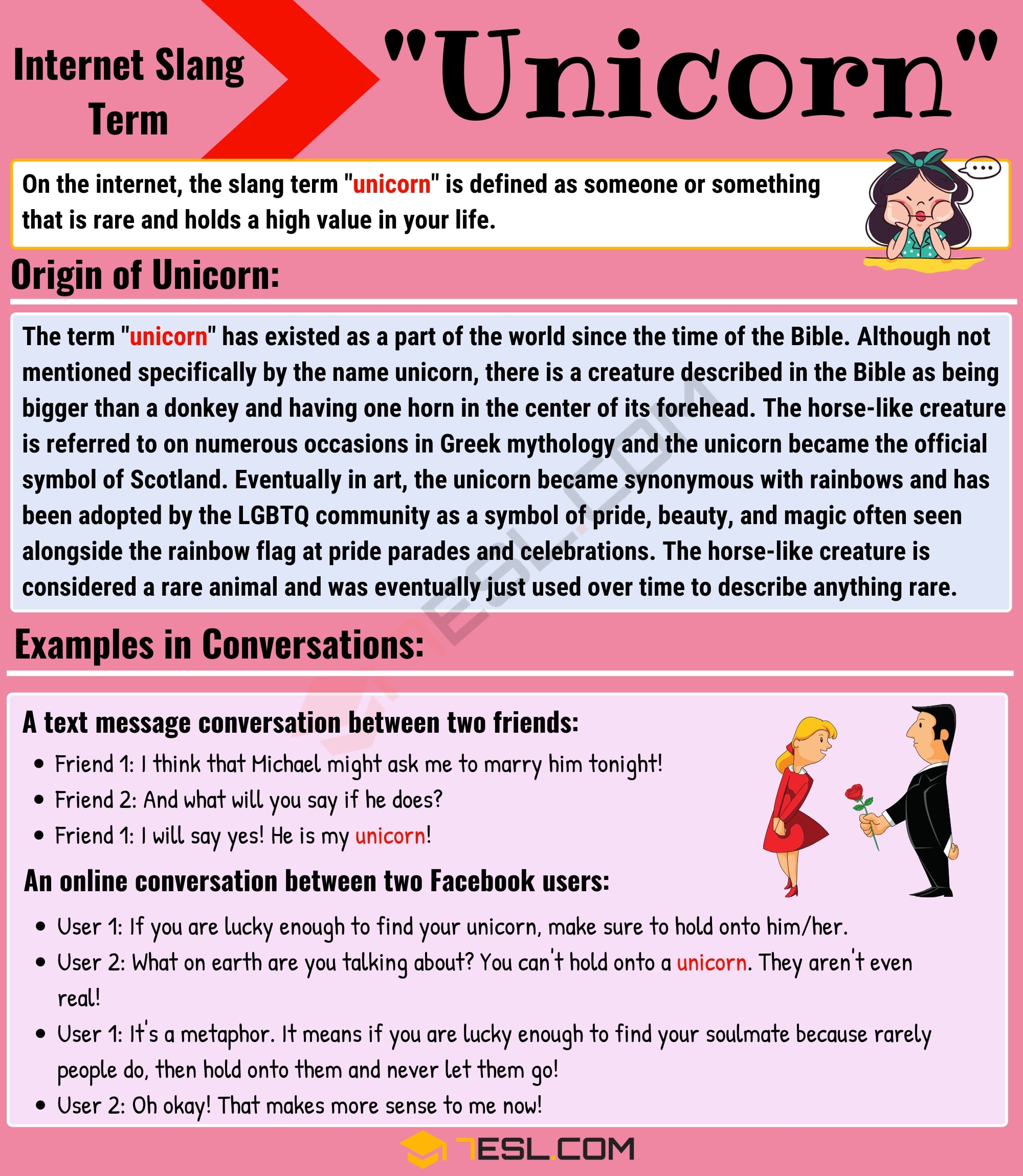 Excuse me but it actually means a 3year old child