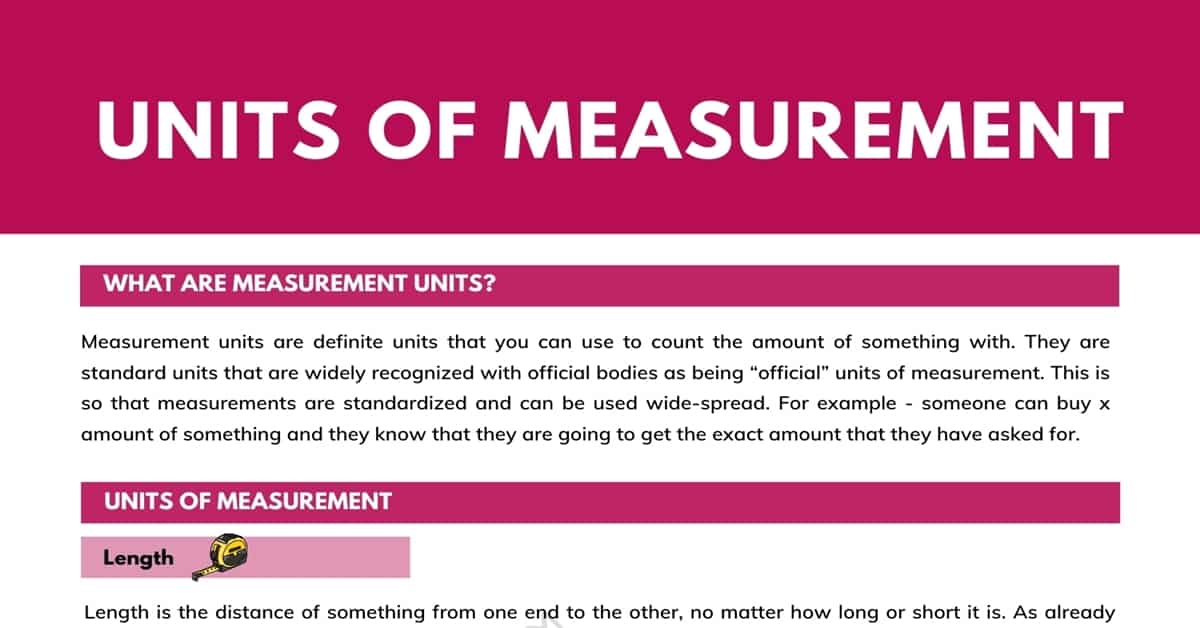 There are units of measurement for all different things – length, weight, time, volume, area, and many more. It is essential that there is a method of measuring these things so that we can use them in our everyday life – how else would we know how much of each ingredient to use to bake a cake, or how much fuel we have just put in our car, or even how to measure how much time has passed?

What are Measurement Units?

Measurement units are definite units that you can use to count the amount of something with. They are standard units that are widely recognized with official bodies as being “official” units of measurement. This is so that measurements are standardized and can be used wide-spread. For example – someone can buy x amount of something and they know that they are going to get the exact amount that they have asked for.

The US standard unit was standardized in 1832 and is based on the old English system of measurement that had evolved over many hundreds of years. Its basis is yards, pounds, and gallons.

The Metric system was first formed in France around 1795 and is a system that is based on multiples of ten and uses the metre, gram, and litre as its base units and is a very easy to understand the system. No matter what it is measuring, the metric system has a base unit of one and then units that are bigger and smaller than it. For example :

Length is the distance of something from one end to the other, no matter how long or short it is. As already mentioned above, length is pretty straightforward with the metric system and our usual units of measuring length with it are millimetres, centimetres, metres, and then kilometres (1000 metres). Millimetres are suitable for measuring very small units, while kilometres are suited to long distances.

On the other hand, we have the US standard system for measuring, and that begins with inches for the smallest units and one inch is approximately 2.5 centimetres. This system then uses feet (12 inches), yards (3 feet), and miles (1760 yards).

Weight is measured to enable us to tell how much of something there is and it is essential for any number of things from baking and cooking, to telling how much a person weighs. The metric system measures weight based on its base unit of a kilogram and again uses multiples of ten as shown above. It begins with milligrams to measure very small items such as medicines, then grams, and kilograms.

Capacity, also known as volume, is how much quantity of a substance a container can hold. The metric system measures volume in a way that is very similar to how it measures length and weight – with a base unit of one litre – but this time it only uses one other measure and that is the millilitre, which is smaller than the base unit.

The measurement of time is as old as, well, time itself, and it is the one form of measurement that both the metric and the US standard systems both agree on. Both systems use the same measurement of seconds, minutes, hours, days, weeks, months, and years for time. The earliest forms of measuring time were the sundials that the ancient Egyptians used, but thankfully, it is now much more advanced. 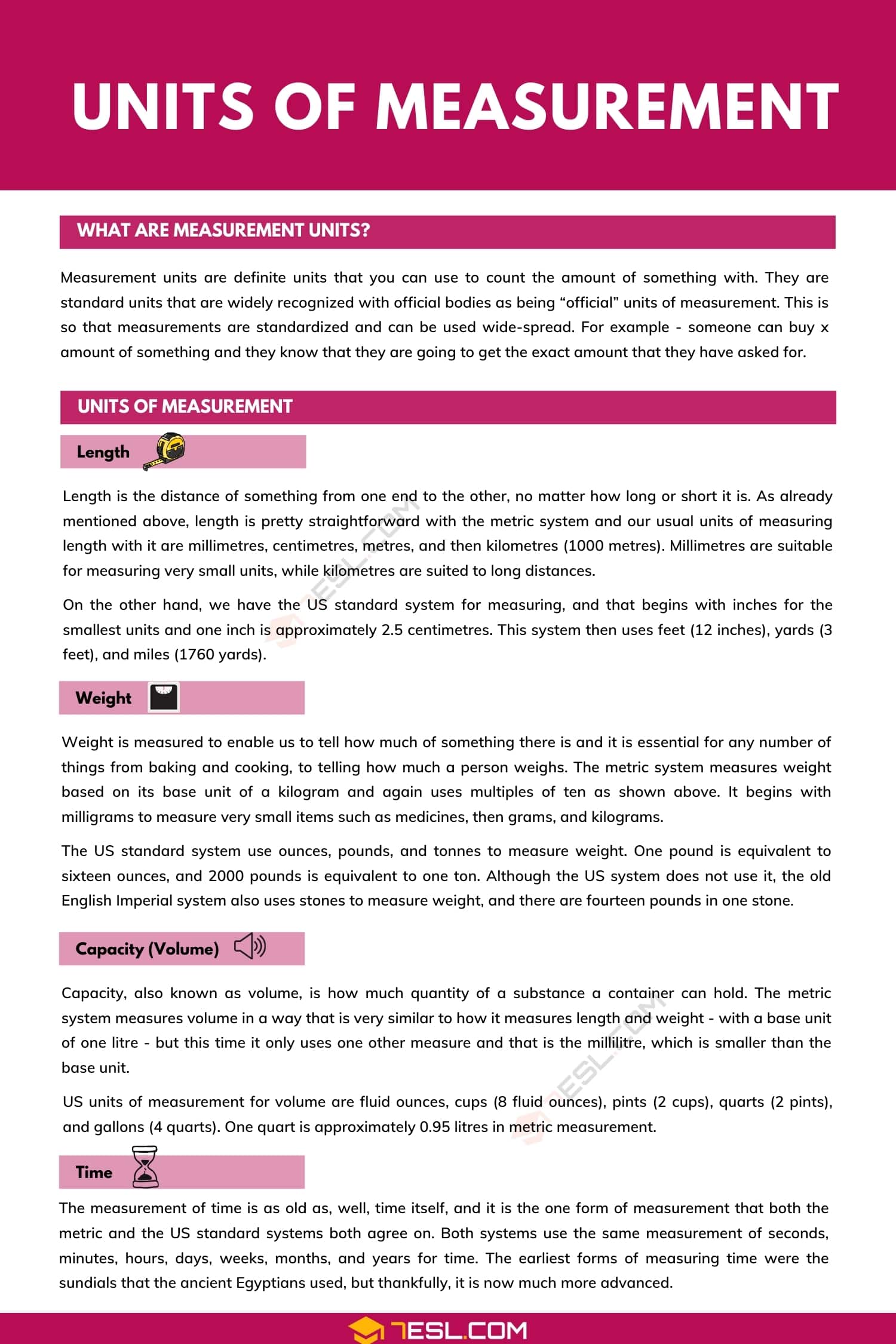