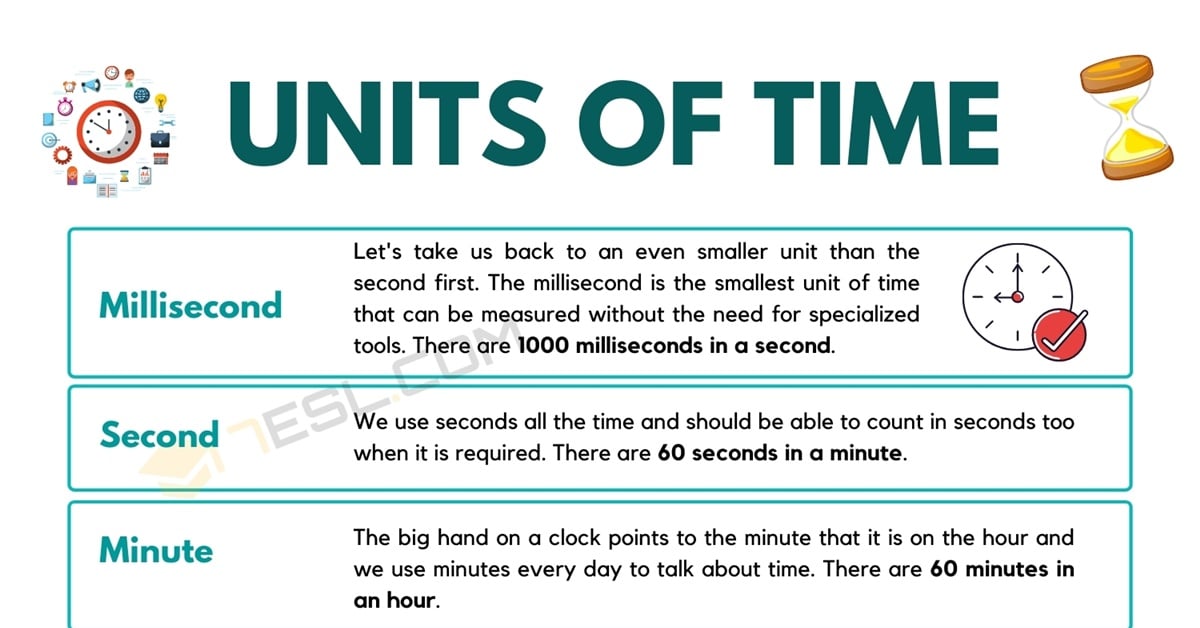 Time is a fickle thing but that doesn’t mean that we don’t have our own ways of measuring it. We use units of time to determine the difference between the shortest of seconds to the lengthiest of years. It has helped us for thousands of years to tell us what time of day it is or how long there is until a specific event happens. There is a reason that our ancient ancestors were so eager to figure out a system for measuring time.

Without its introduction to the world, we’d be lost trying to figure out when we should meet our friends or when we should be going in to work. Time is such an important thing that needs to be measured in the world. Although some of it might sound a little confusing to some (like how most units of time work in 12s rather than the more commonly used 10s) it’s easy enough to understand once you get your head around it.

What Are Units Of Time?

A unit of time is any unit that is given to specifically describe a time period. They can vary in length, where some units will represent the quickest amounts of time, and others that are less commonly used will represent a larger passage of time. As far as the most common units of time go, you’ve probably heard of a lot of them already. In fact, they’re so common that it’d be difficult for you to not already be using them in your everyday speech.

They’re easy to remember and they tend to ramp up simply too. Starting from the simplest of seconds. You then get 60 seconds in a minute and 60 minutes in an hour. See how they work together and eventually the units of time increase over and over again. It’s a really easy way to help us with our understanding and there’s a reason that we’ve not felt the need to change our units to measure time in all the thousands of years that we’ve been using it. There simply isn’t a better system available.

Examples Of Units Of Time

Let’s take us back to an even smaller unit than the second first. The millisecond is the smallest unit of time that can be measured without the need for specialized tools. There are 1000 milliseconds in a second.

The next smallest on the list of units is the second. We use seconds all the time and should be able to count in seconds too when it is required. There are 60 seconds in a minute.

The big hand on a clock points to the minute that it is on the hour and we use minutes every day to talk about time. There are 60 minutes in an hour.

You can’t tell the time without knowing the hour. Whether it is a digital or analog clock, you’ll know what hour it is as it’s either the first number shown or the one that the small hand is pointing to. There are 24 hours in a day.

A day is a complete 24-hour cycle from morning until night. It’s easy for us to distinguish between a day as we’ll notice it progressing on as the night draws near. There are 7 days a week.

These are made up of 7 days and are a good way to tell when something is happening in the not-so-distant future. There are 52 weeks in a year. Also, it’s good to note that on average, a month has 4.3 weeks in it (we’ll explain why in a second).

A month can’t be quantified specifically, as a month can range from having 28, 29, 30, or 31 days in it. On average, a month is considered to be about 4 weeks long, though many months actually last longer than that. There are 12 months in a year.

10 years are required to make a decade. 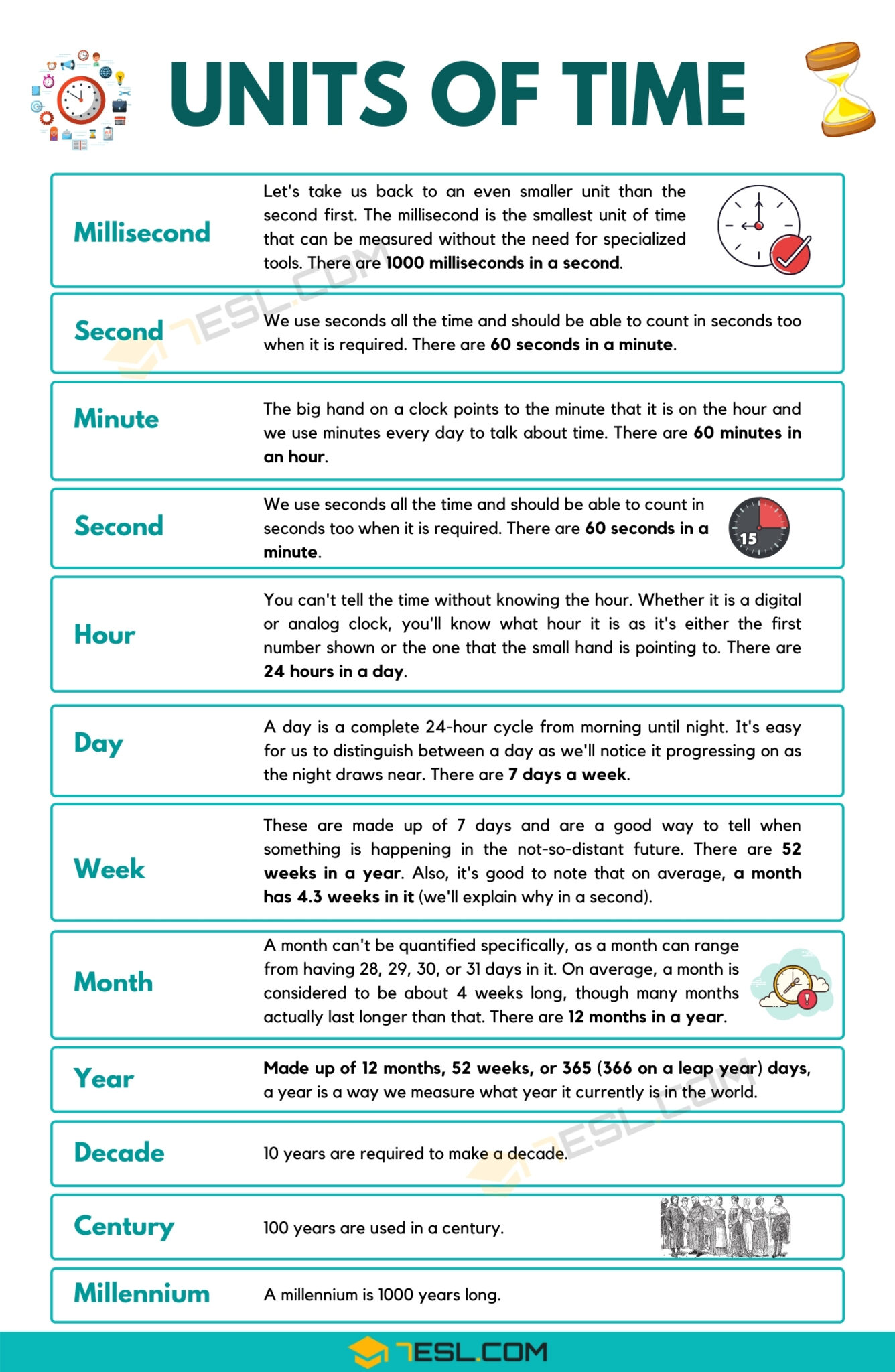 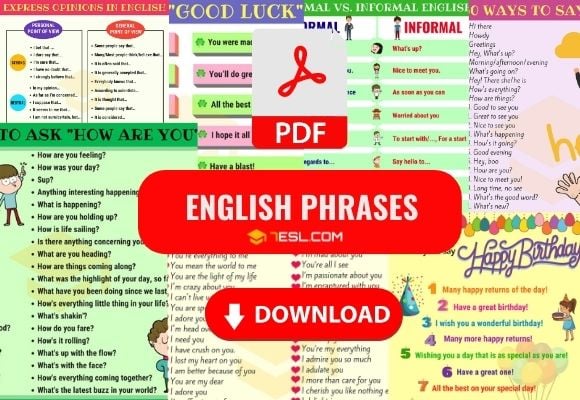