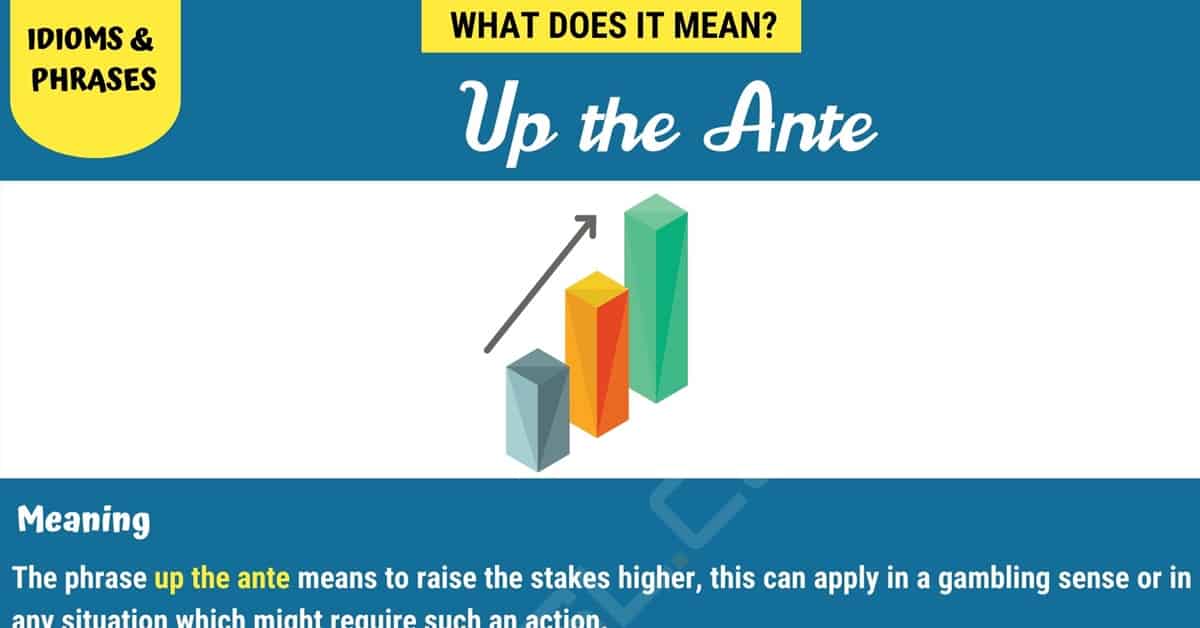 There may be many times during conversation which you have heard the phrase up the ante being used, but what is the meaning of this term? In this article, we are going to take a look at the meaning of this term as well as looking at where it originally came from. We will also study some examples of how the term can be used in order to gain a greater understanding of how it works.

Up the Ante Meaning

The phrase up the ante means to raise the stakes higher, this can apply in a gambling sense or in any situation which might require such an action.

The idiom “up the ante” can trace its roots back to the game of poker, the ante was the name for a pot in which any bets were placed before the start of the game. This occurred in the 1800s.

“Up the Ante” Examples

You are likely to see the term up the ante used in numerous different sentences. We are now going to look at some examples of this.

The first sentence is one which is being said by a woman about her ex-boyfriend.

This next example is a statement being made in a game of cards.

If you are interested to see how the term up the ante might look in a conversation, we are now going to look into an example of how this might work.

The conversation is taking place between two friends.

There are, of course, lots of other ways in which you might say the term up the ante.

We will now look at some other things you could say which mean the same thing.

Up the Ante Definition | Image 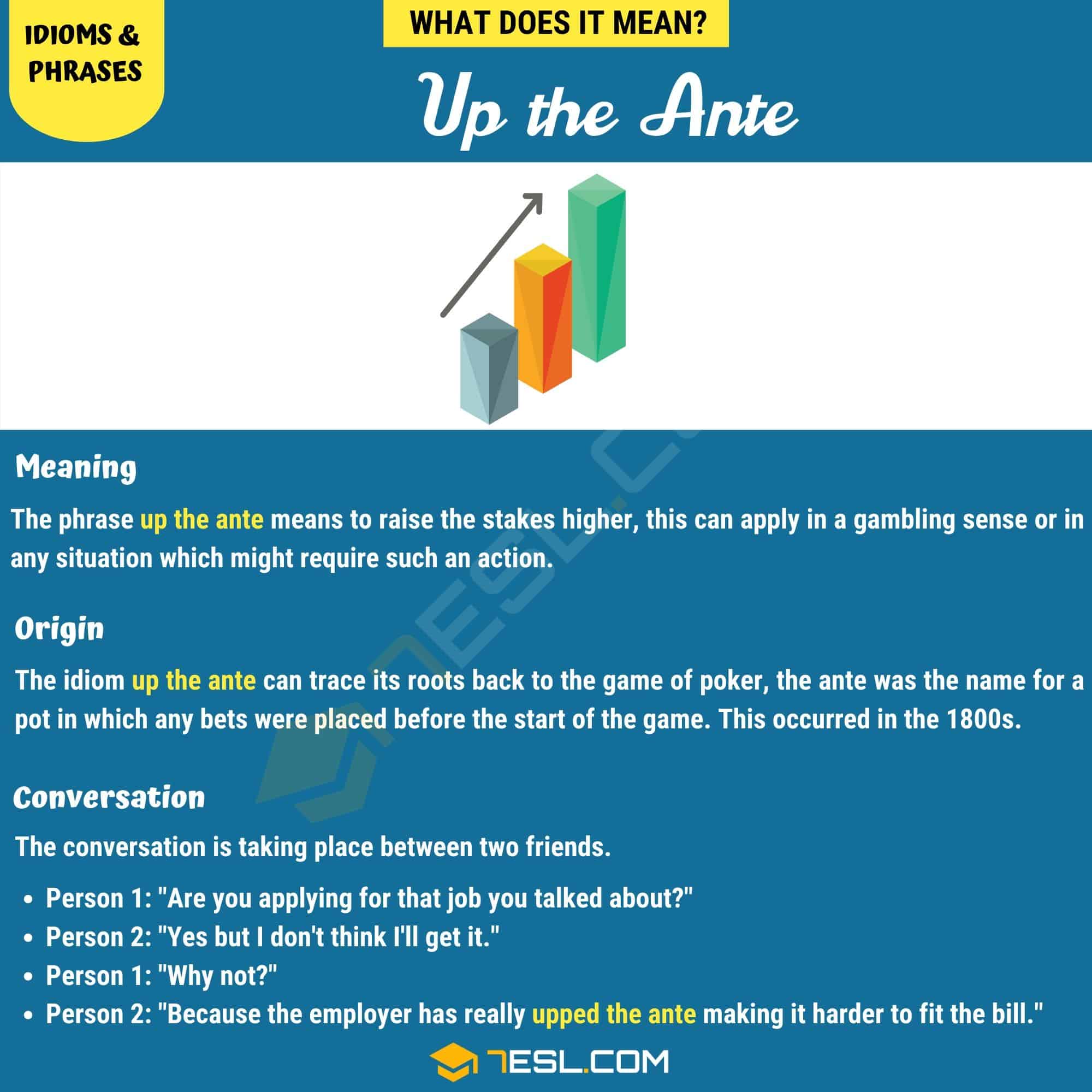