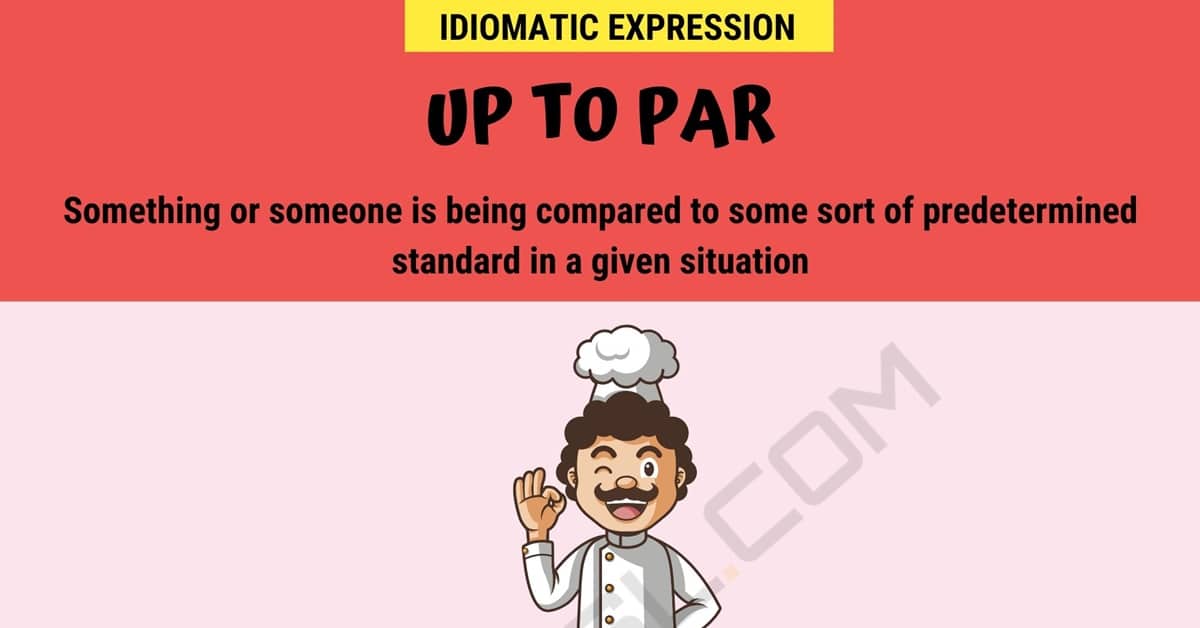 The idiomatic phrase “up to par” may be a phrase that you come across in some informal forms of conversation and writing. If you have crossed paths with this phrase and were wondering about it, then wonder no more. This article is your one-stop location for everything you need to know. Here you will find the meaning of this phrase, as well as the story of its origin. You will also find some example sentences and conversations to help you understand how the phrase is used correctly. Lastly, there will be some suggestions for you to consider as alternatives to using the phrase but still relate the same meaning.

Up To Par Meaning

The idiom “up to par” means that something or someone is being compared to some sort of predetermined standard in a given situation.

This phrase was first used sometime in the 1800s. However, it was not until the 1900s, when the sport of golf became more popular, that the use of the phrase grew in popularity also. Although there is no official proof, the phrase most likely came from the sport of golf.

When a golfer is on the green and making a shot, every hole has a standard amount of shots assigned to it that dictate the number of shots it should take on average to put the ball in the hole. If a golfer uses this exact number of shots to get his/her ball in the hole they are said to be par. If it takes them fewer shots, they are under par. If it takes them more, they are said to be over par. Therefore, the phrase “up to par” means up to the expectation or the standard.

“Up To Par” Examples

Alternatives to “Up To Par”

There are many ways to say “up to par” using different words and phrases to relay the same meaning. Some of these alternatives include:

Up To Par Meaning | Picture 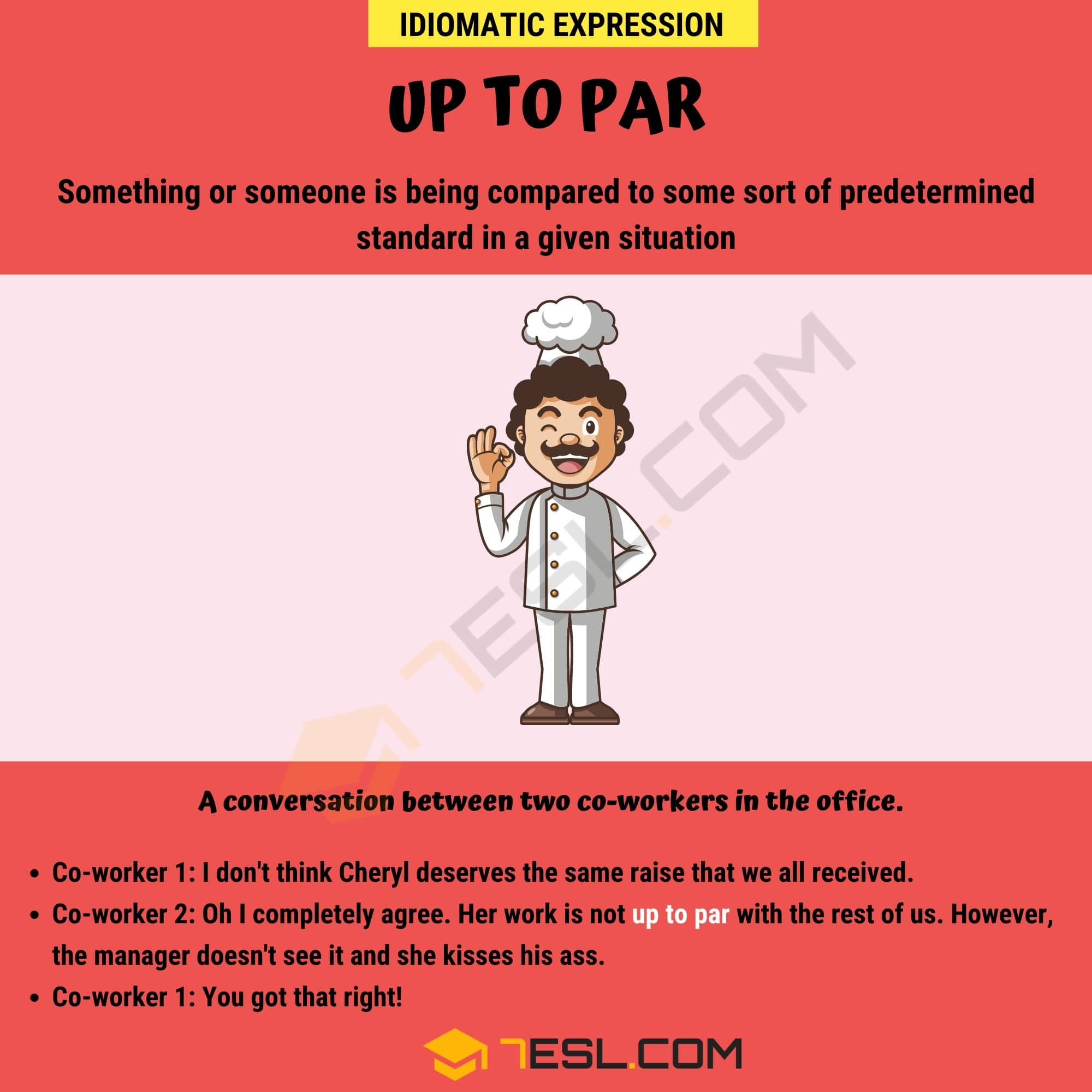