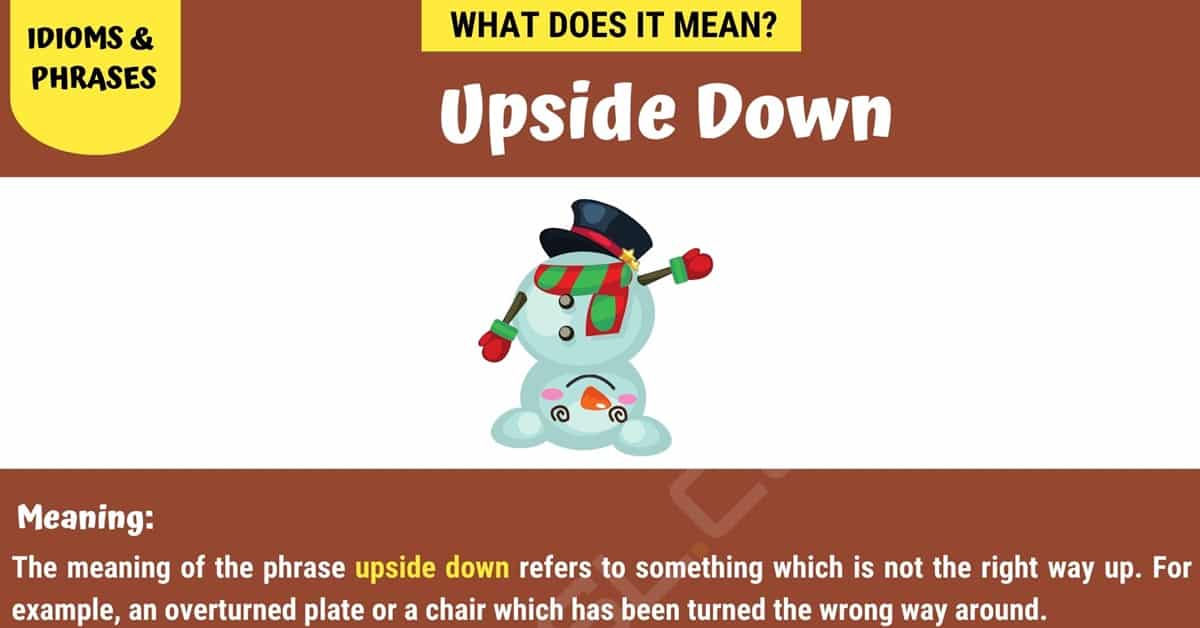 In English conversation, the term upside down might make an appearance on many occasions, but what is the meaning behind this saying? We are going to take a look at the answer to this question as well as looking at where this phrase finds its origins. Looking at examples of how the term works within day to day conversation is a good way to further learn its meaning and so for this reason, we are going to do this too.

The meaning of the phrase upside down refers to something which is not the right way up. For example, an overturned plate or a chair which has been turned the wrong way around.

The idiom upside down can be traced back to Middle English in which the term was originally said as up so down, which is likely to have made reference to the term ‘up as though down.’

We will now view some examples of sentences in which the term upside down is likely to appear.

The first example statement is being made by a mother to her son.

The next statement is one being said by a news reporter.

When listening to conversations, the term upside down is likely to be said many times. We are now going to take a look at some conversations in which the term appears in order to further understand how it is used.

The first example of a conversation is between two family members who share a house.

This next example is a conversation which is happening between two friends.

As with many idioms, there are other ways in which the term can be said.

We will now look at some examples of how you might do this.

What Does “Upside Down” Mean? | Image 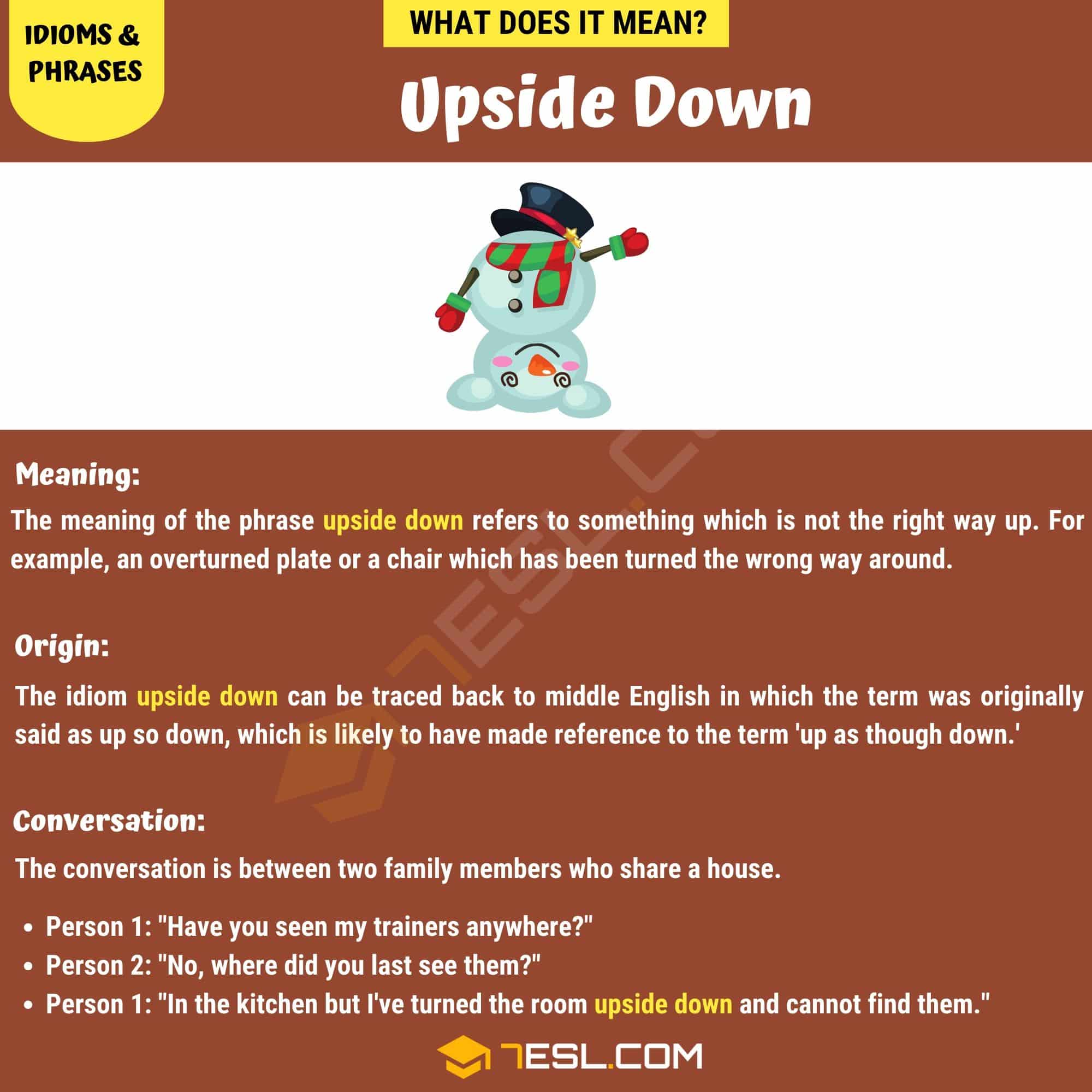