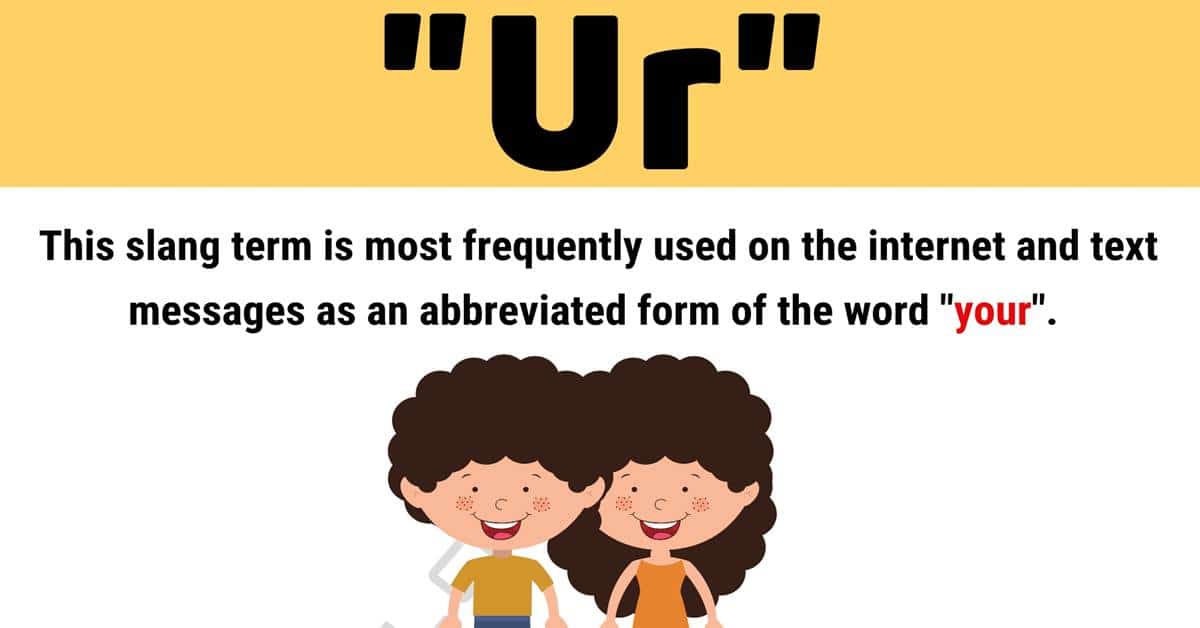 The slang term “ur” is a relatively simple one to figure out. However, if you have been unable to figure this one out on your own, then you have come to the correct spot to learn all about it. Below you will find the meaning of this term, the origin of it, and some other possible meanings it could have as well. You will also have the chance to read through some example conversations so you can see how the phrase is used properly and gain a deeper understanding of its meaning. Finally, you will see some other words or phrases that you can use in place of this term that won’t change the meaning of the thought or message you are attempting to convey.

What Does “Ur” Mean?

This slang term is most frequently used on the internet and text messages as an abbreviated form of the word “your,” meaning something belongs to you, or the contraction “you’re,” meaning you are going to do something.

There is no specific origin information available regarding the first usage of this slang term. However, the two words that it represents are quite frequently used in conversation. When the internet and text messaging came about, new texting lingo was developed to shorten everyday words and phrases like this to make them easier, quicker, and more convenient to type. Therefore, the term was most likely first used around the time that the internet and text messaging became popular.

This term is also a prefix for many words. By itself, the prefix means original or the beginning of something.

The only words that you could use as replacement words for this slang term are the words that the term represents. In other words, instead of using the slang term, you could type “your” or “you’re” depending on the context you are using it in. 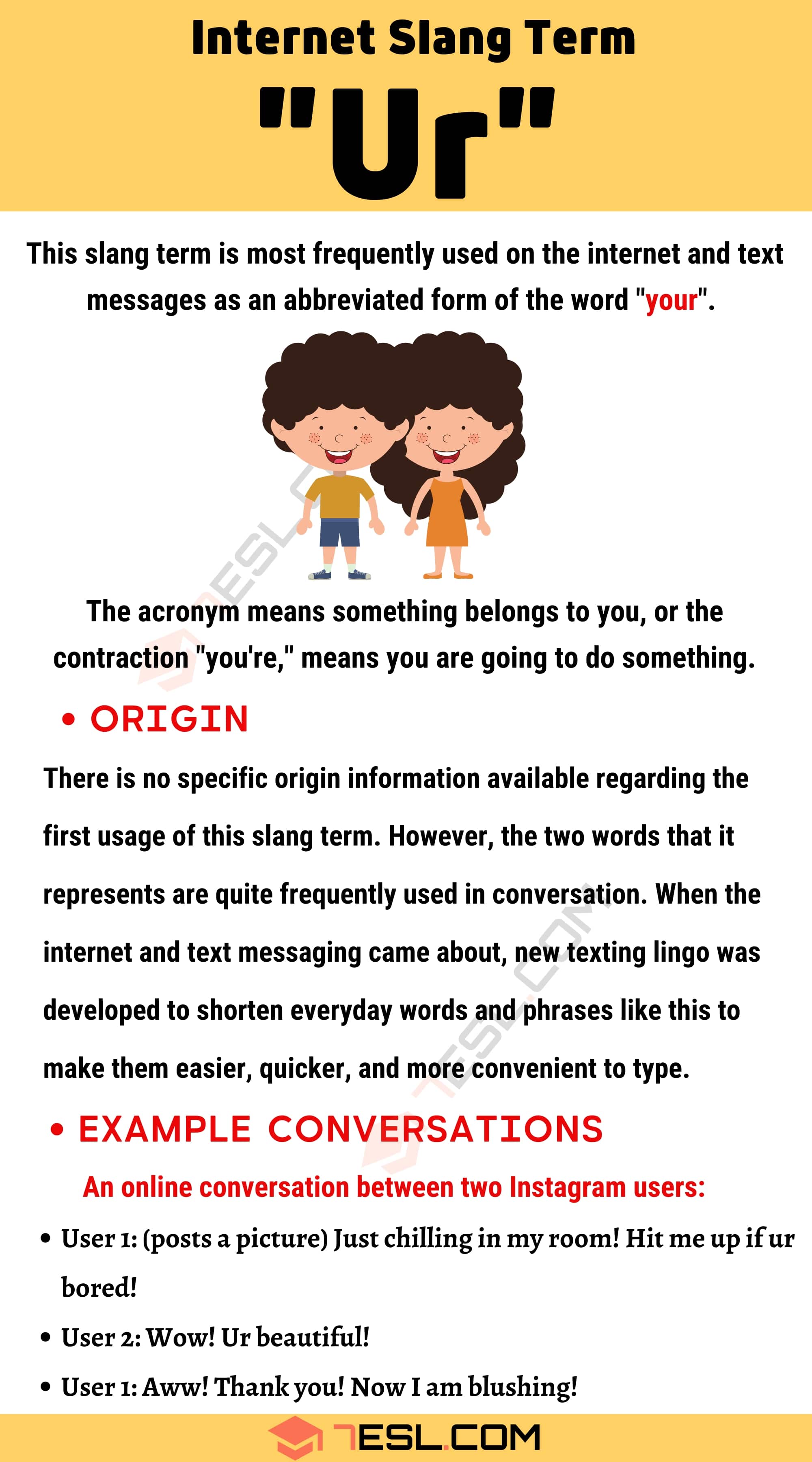