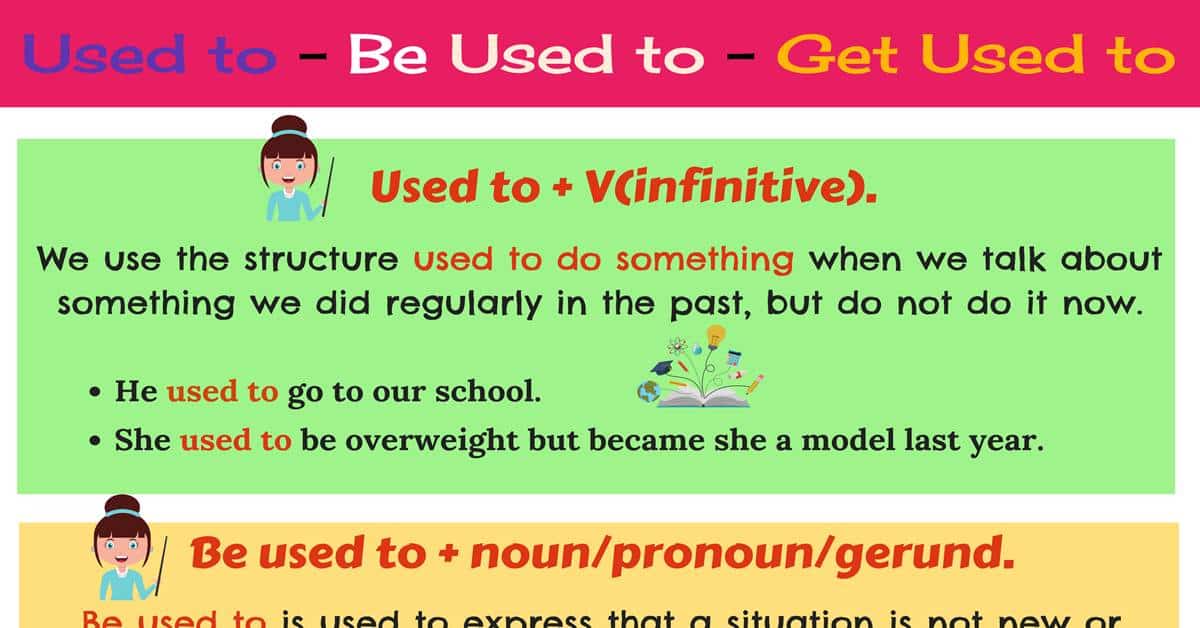 Learn how to use used to, get used to and be used to in English grammar with examples and ESL picture.

How to Use Used to

We use the structure used to do something when we talk about something we did regularly in the past, but do not do it now. Used to is different to the past simple because it emphasizes that the action was repeated many times.

He used to go to our school.

We also use used to + the infinitive for past situations. It emphasizes that the situations are no longer true.

She used to be overweight but became she a model last year.

How to Use Be/Get Used to

Be + subject + used to + noun/pronoun/gerund?

Be used to is used to express that a situation is not new or strange, or is no longer new or strange. You have experienced it many times.

He is used to swimming every day.
I‘m not used to getting up early.

Get used to is used to express that an action/situation becomes less strange or new, or becomes more comfortable.

Staff will have to get used to a new way of working.
I could not get used to driving on the wrong side of the street!

– Used to is about the past so there is no present or future form.

– In the negative didn’t use to and the question did you use to, notice that there is no d on use.

– Be used to can be modified with adverbs. 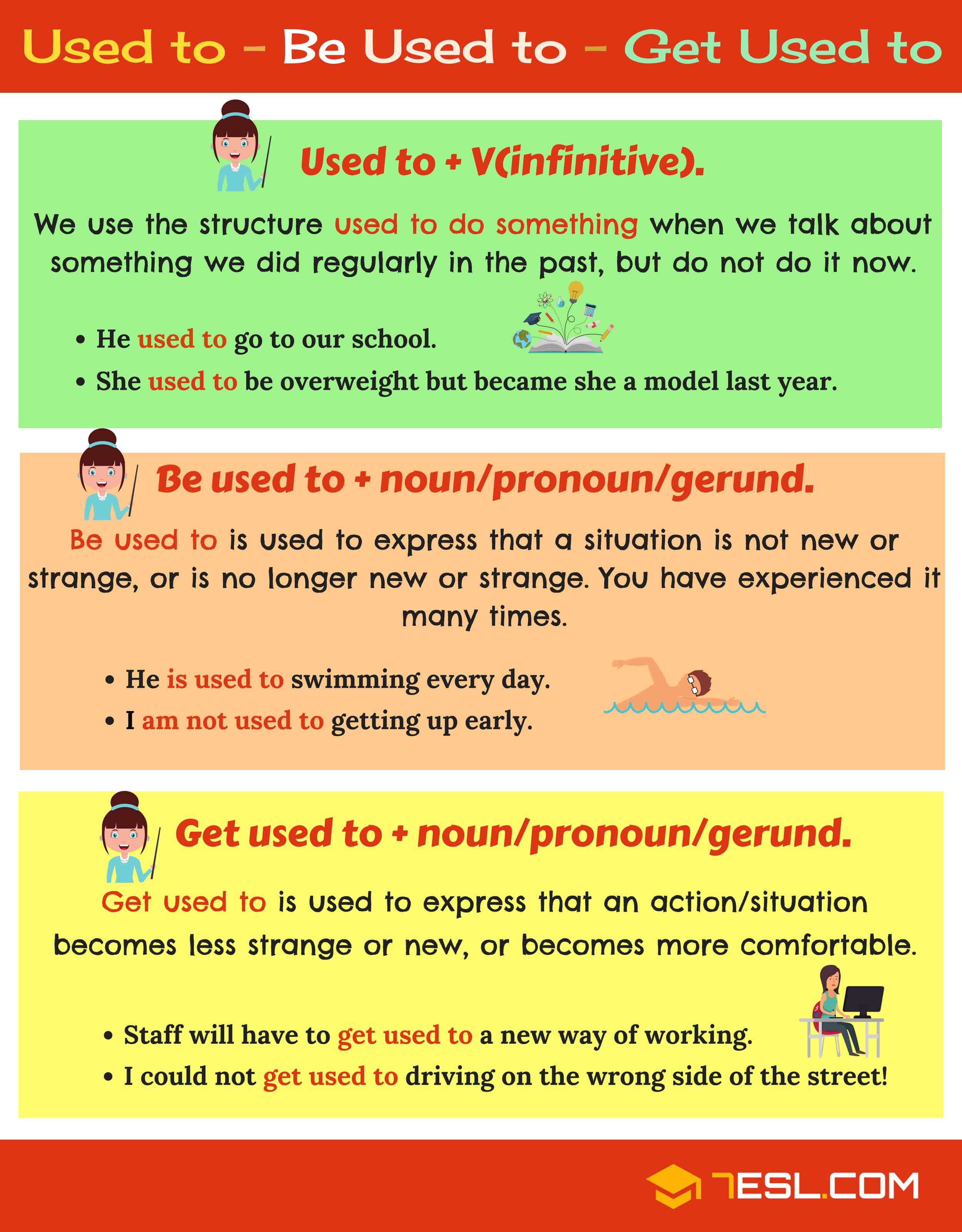 “but she became” is correct

Yes, the graphic is incorrect. It should read ‘…but she became a model…’

I’m so excited to learn with this wepsite.

This in Nice!
Keep up the good work 🔥🔥