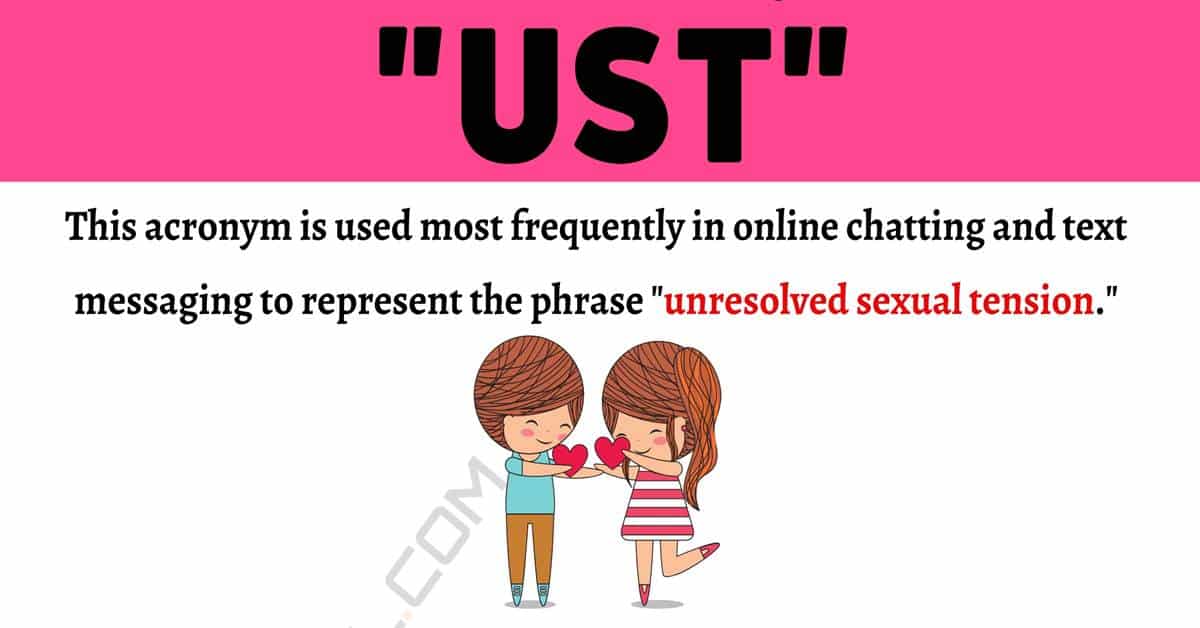 While the slang term “ust” may look like a typo where someone has simply missed the first letter of a word, this is not the case. The slang term is most commonly used as an acronym in text messaging and online chatting to represent a particular phrase. Here you will learn which phrase that is and what it means. You will also find details of its origin and some alternative meanings if there are any to be found. Conversation examples have been provided for you in addition to all of this other information so you can clearly see how to use the term properly in conversation. Finally, there are some synonymous phrases suggested that you can use in place of this term that mean the same thing.

What Does UST Mean?

This acronym is used most frequently in online chatting and text messaging to represent the phrase “unresolved sexual tension.” The phrase is typically used in fanfiction stories written online to describe a relationship between two main characters who have an obvious attraction to one another but who either don’t admit it or won’t act on it.

There are no specific origin details available concerning the usage of this slang term. However, it can be said that it has been used in the manner stated above since at least 2003.

Like most acronyms, this one can also be used to represent many other things. Some other things that this acronym can stand for are “University of Santo Tamos,” “Unofficial Soundtrack,” “Underground Storage Tank,” “United States Treasury,” and “Universal Standard Time.” This is just a small handful of examples of the possible phrases and titles that this acronym can also be used to represent. There are many more, but there are too many to mention them all here specifically.

There are just a few synonymous phrases that you could use to replace this acronym and the phrase that it represents which share the same meaning. Some other phrases you could use instead include: 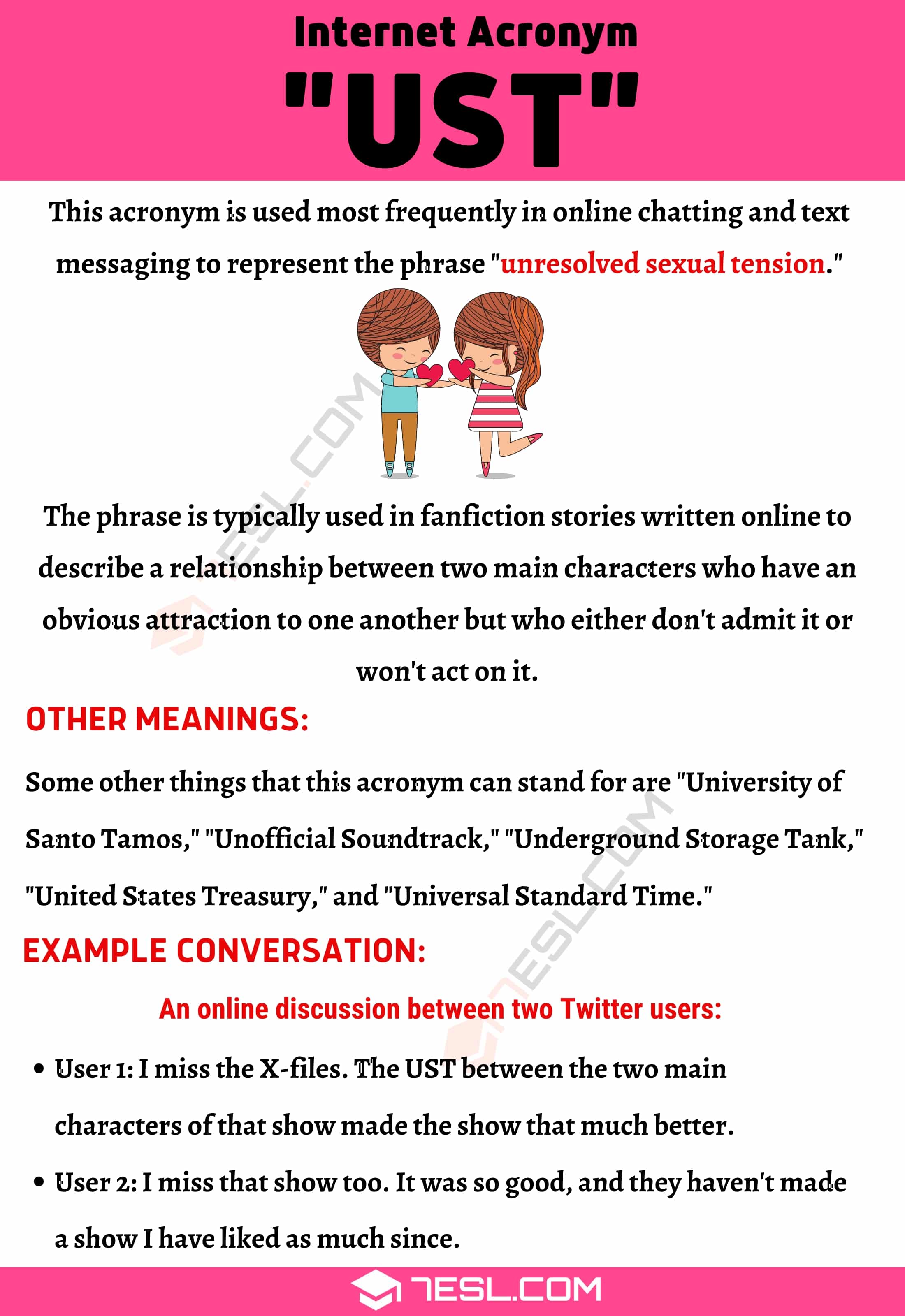