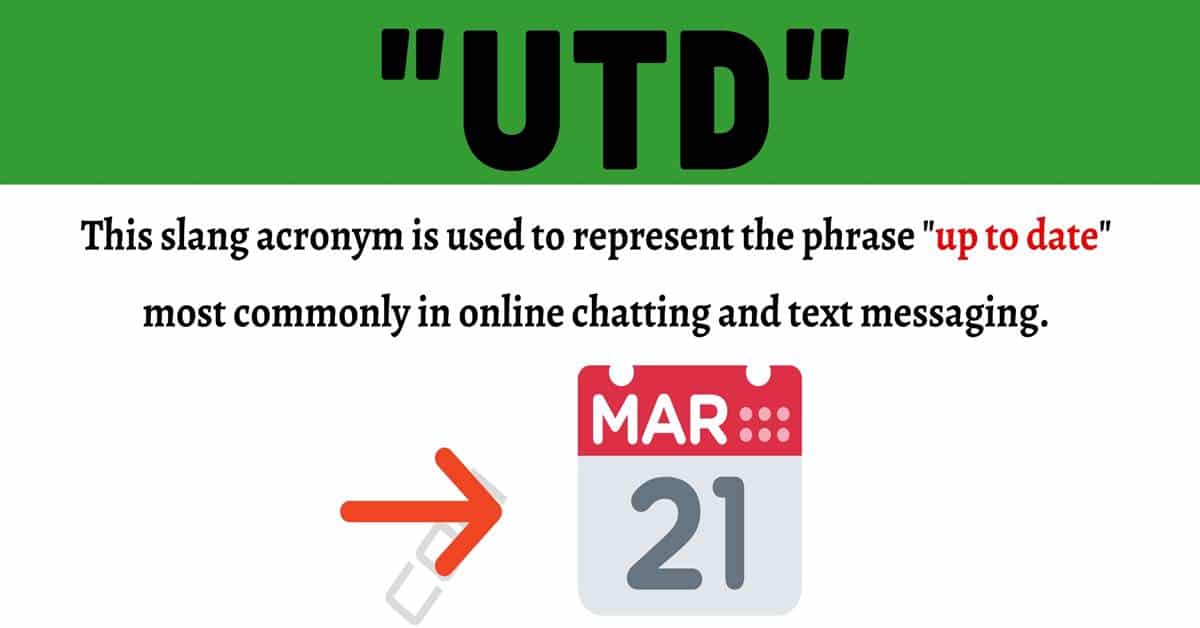 The slang “UTD” is an acronym that you will come across in many forms of communication, not just on the internet or in a text message. Here you will find the most common meaning of the term and the phrase that it represents. You will also discover some information about its origin and some other meanings that it may have. Conversation examples are provided for you here also highlighting the proper usage of this term and to help you understand its meaning better. Lastly, you will see some synonymous phrases that you can use to replace this phrase in a conversation without changing the meaning of the thought you are trying to express.

What Does UTD Mean?

This slang acronym is used to represent the phrase “up to date” most commonly in online chatting and text messaging. It is used to say that you are going to keep someone notified about an upcoming event in case something changes.

There is no specific origin information regarding the usage of this phrase other than to say it is a phrase that has been used popularly in the manner stated above since at least 1887. When online chatting and text messaging became the most popular to communicate, this phrase, like many other popular phrases, was reduced to being represented by this acronym to make it easier, quicker, and more convenient to type out. However, the abbreviation was probably used long before this as well in written correspondence.

Similar to most other acronyms, this one is also used to represent many other things as well from random words and phrases to official titles and job processes. Some more specific things that this acronym is used to stand for are “Ultimate Test Drive,” “Unable To Determine,” “Universal Transfer Device,” “United,” and “Unit Test Driver.” This is not meant to be an all-inclusive list. These are just a few examples of the other things this acronym can represent. 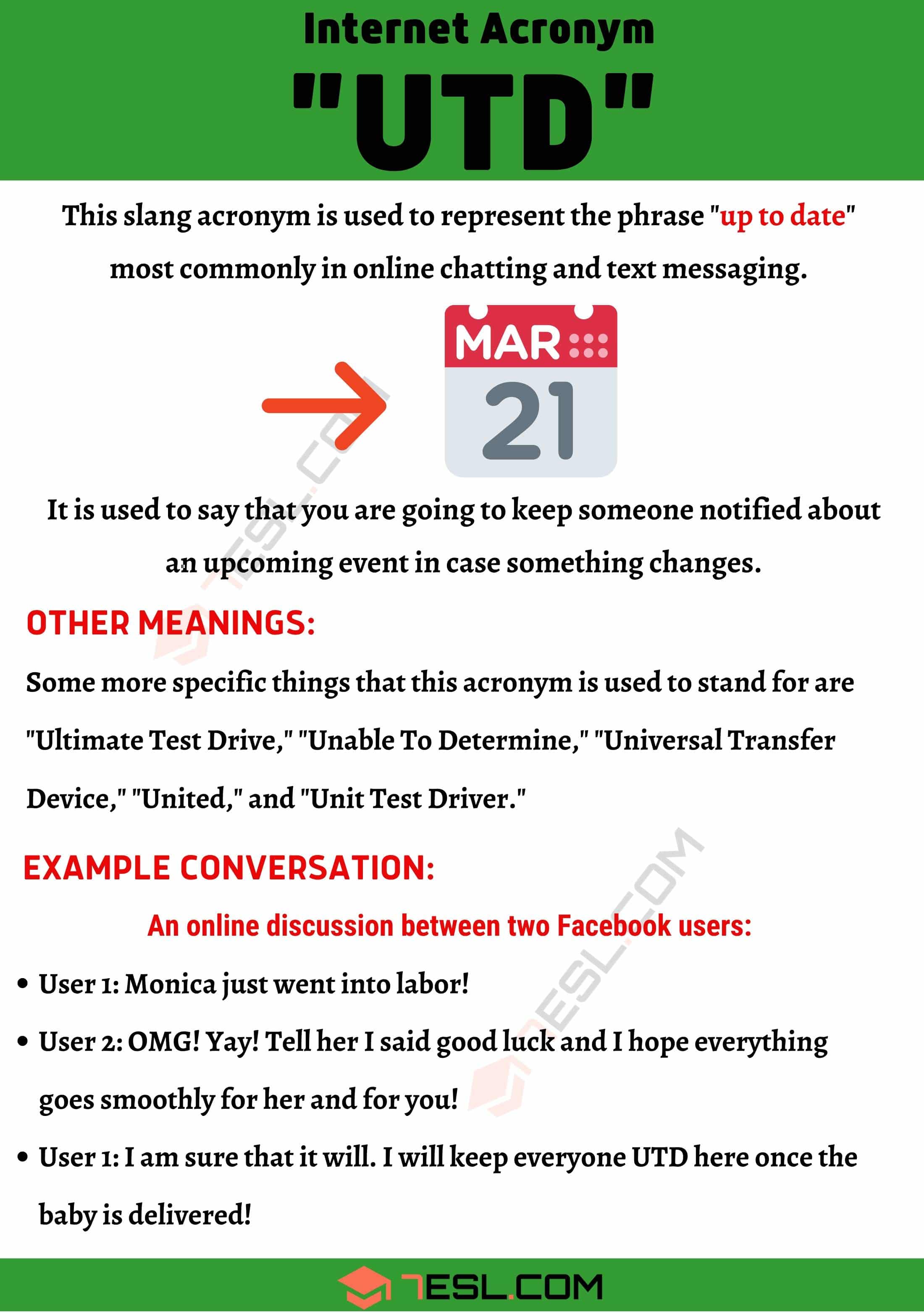