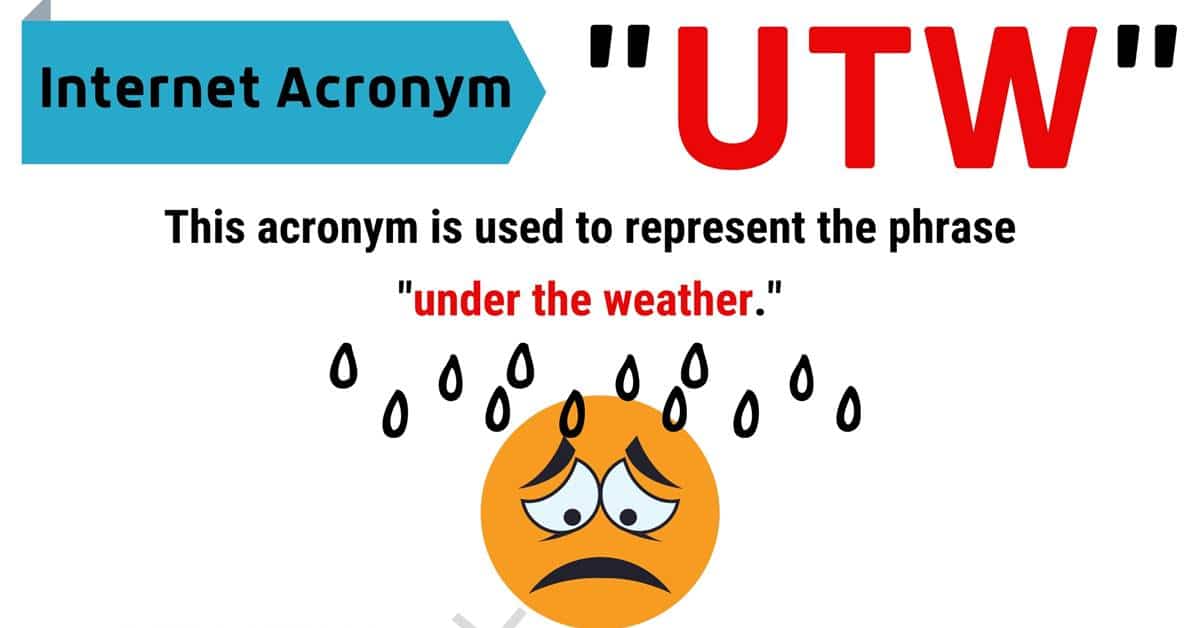 “UTW” is an acronym that you may see used frequently online during a regular conversation. If wondering what it means led you here to this page, then you have come to the right place. Here you will find the meaning of this acronym and the phrase it represents. You will also find information regarding its origin and some alternate meanings as well if any exist. Finally, you will find some conversation examples using the term in context to help you further understand it and some synonymous words and phrases that you could use in its place to convey the same meaning.

What Does “UTW” Mean?

This acronym is used to represent the phrase “under the weather.” It is used to describe someone who is not feeling well or who is ill.

The origin of the phrase that this acronym represents is taken from the old days of sailing. When men sailing aboard a ship at sea would get ill, they were sent below deck to stay out of the weather until they felt well enough to return the deck and perform their duties. In other words, they were sent under the deck below the open sky where they would be in direct contact with the weather. Since this phrase is a popular and still used today as a part of everyday speech when the internet and text messaging came around a lot of these everyday phrases were shortened to acronyms such as these to represent them to make them easier and quicker to type.

There are two other meanings to mention for this slang acronym. One of the definitions states that it represents “up the way” and means anyone that lives within a certain area in the state of Ohio. The second definition states this acronym stands for “uptight whitey” meaning anyone who is Caucasian and acts like they are better than other people. 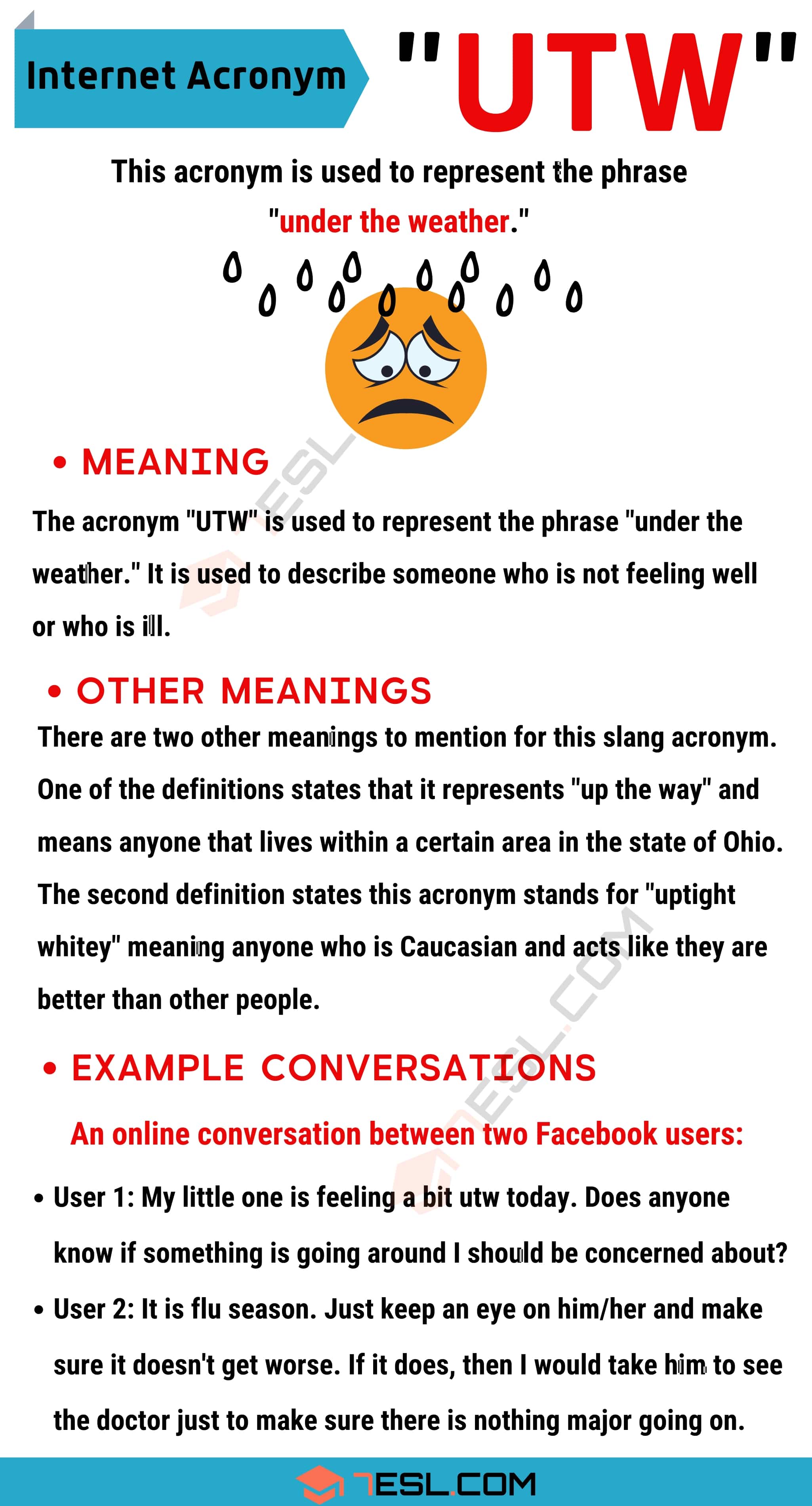