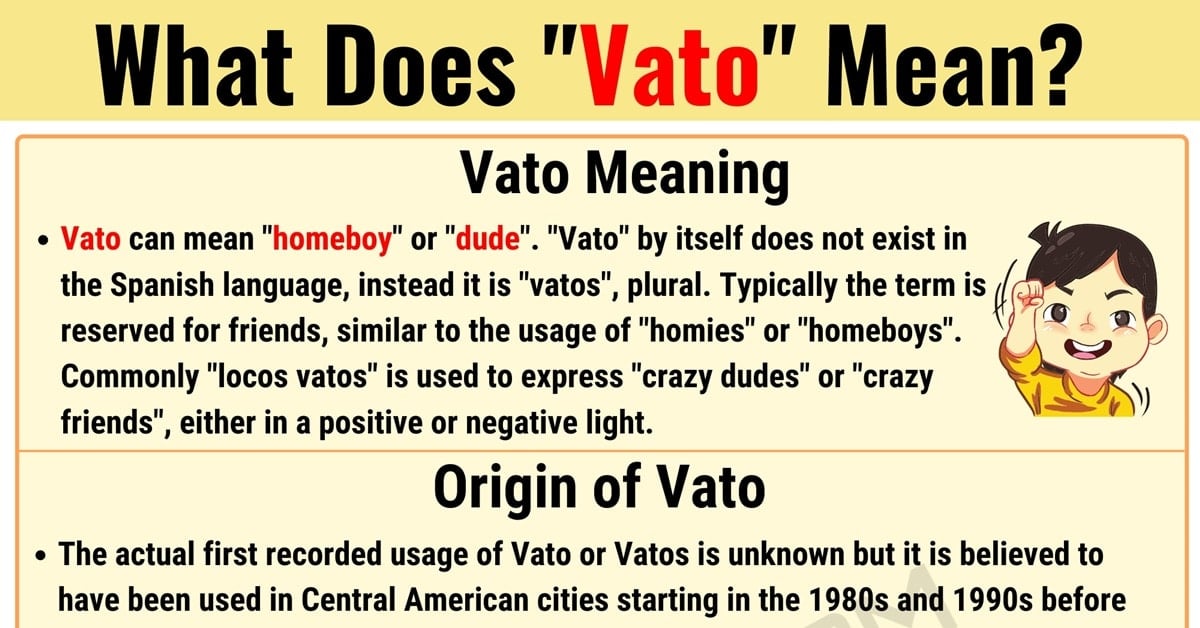 Vato is a slang that originated in Mexico or Central America. Learn the definition, how and when to use this internet slang word with ESL picture and interesting texting conversations in English.

What Does Vato Mean?

Vato can mean “homeboy” or “dude”. “Vato” by itself does not exist in the Spanish language, instead it is “vatos”, plural. Typically the term is reserved for friends, similar to the usage of “homies” or “homeboys”. Commonly “locos vatos” is used to express “crazy dudes” or “crazy friends”, either in a positive or negative light.

The actual first recorded usage of Vato or Vatos is unknown but it is believed to have been used in Central American cities starting in the 1980s and 1990s before seeing use in America during the late 1990s and early 2000s. Because of its ethnic heritage Vato or Vatos doesn’t see much usage outside of the Hispanic community or those with Hispanic roots. Like all ethnic slang its usage online is generally centered on Hispanic users or users who live in areas with a large concentration of Hispanics.

Vato or Vatos doesn’t mean anything else except dude or dudes.

Normally Vato or Vatos is left alone as is, but often “locos” is added on due to reasons discussed before. 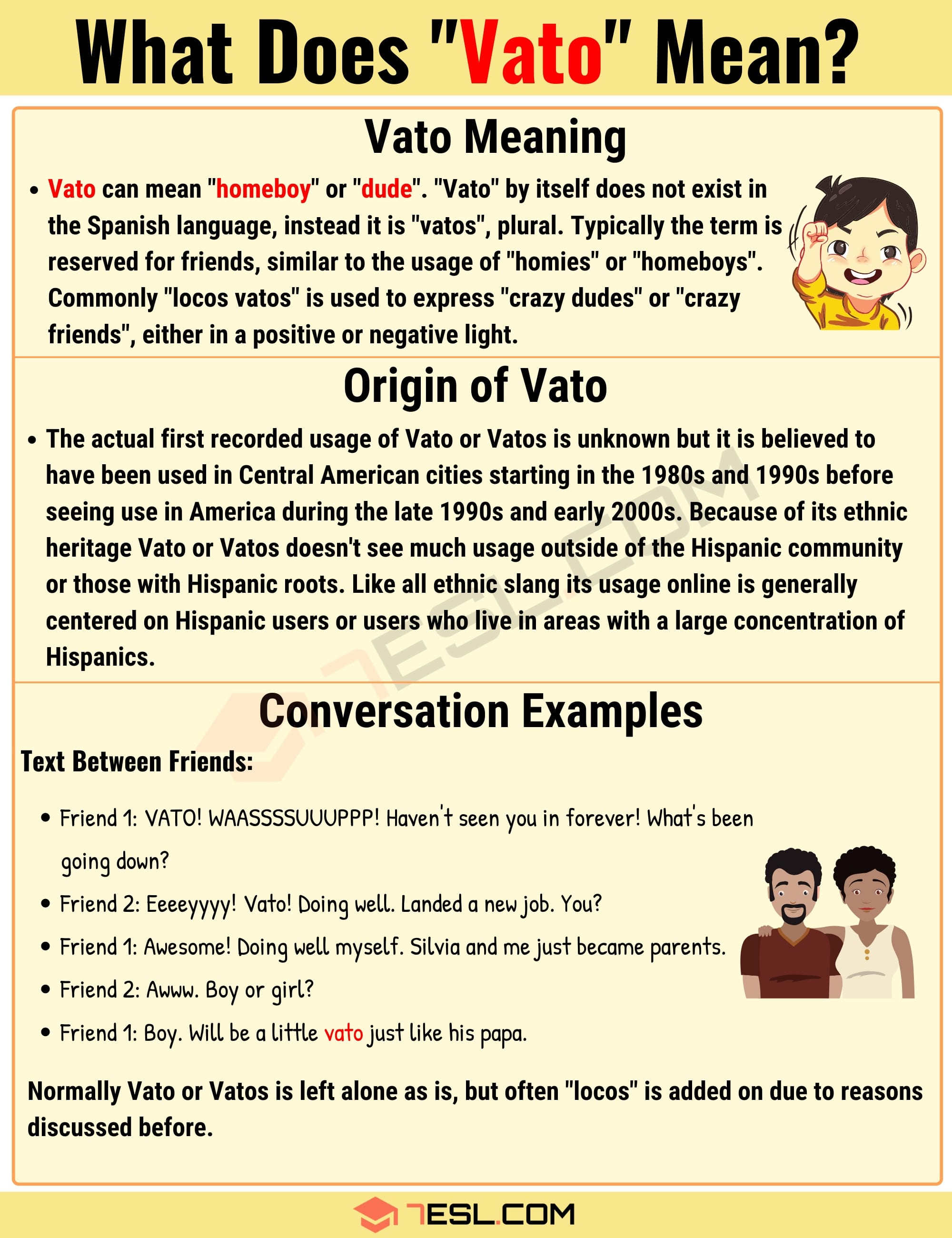