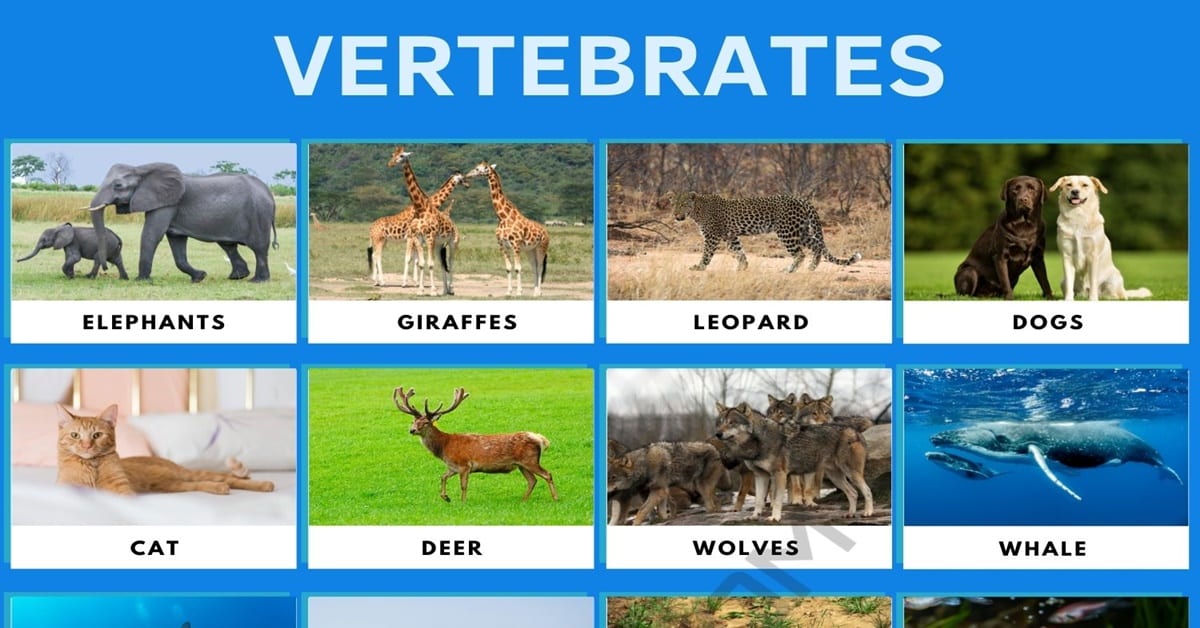 What are vertebrates? There are millions of different species in the world today – from the largest mammals to the smallest insects – and every single living being is classed as being either a vertebrate or an invertebrate. 95% of the animal population are invertebrates, compared to only 5% being vertebrates.

What Is a Vertebrate?

Vertebrates have a skeleton that gives their bodies a solid form and structure and supports their muscles and organs. They also have a developed brain, heart, eyes, and mouth.

There are five main types of vertebrates and these are mammals, birds, reptiles, amphibians, and fish. These are all animals that always possess a backbone. There are around 28,000 different species of fish, making it the biggest group of vertebrates out of the five types, compared with only 6,495 species of mammal in the world.

The fish group of vertebrates can also be divided further into Osteichthyes (bony fish, fish that have a skeleton made from bones), Chondrichthyes (sharks, manta rays and skates), and Agnatha (jawless fish).

Differences between Invertebrates and Vertebrates

There are also a number of other differences between vertebrates and invertebrates. For example, invertebrates all have a body that takes one of two forms – either a symmetrical body where the right and left side mirror each other, barring an obvious front end and an obvious back end or they have a round shape that is based around a mouth in the centre of the body.

There is a vast number of animals that are vertebrates and some of them include: 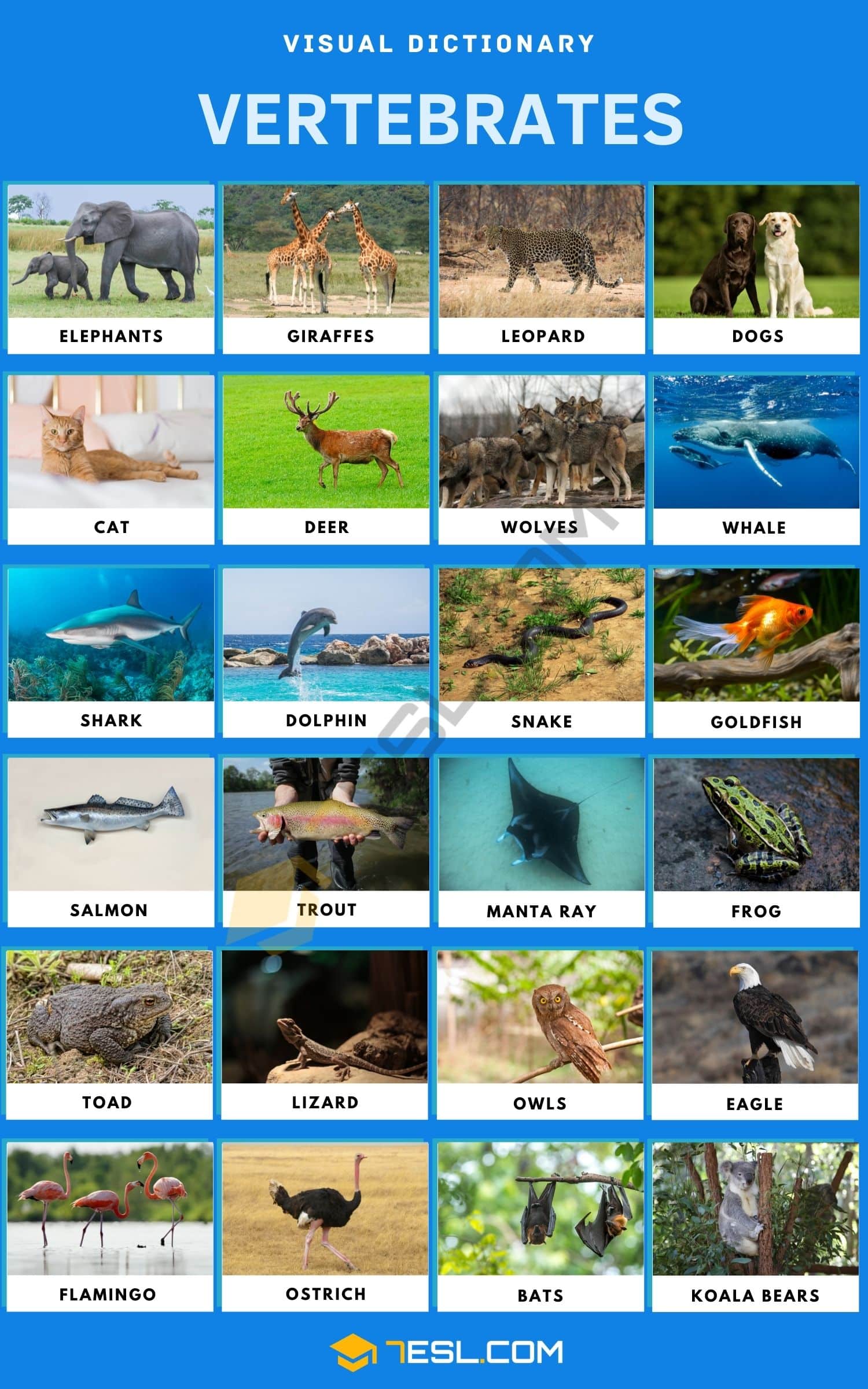 it is so helpful to me thanks a bunch

i wanna print it