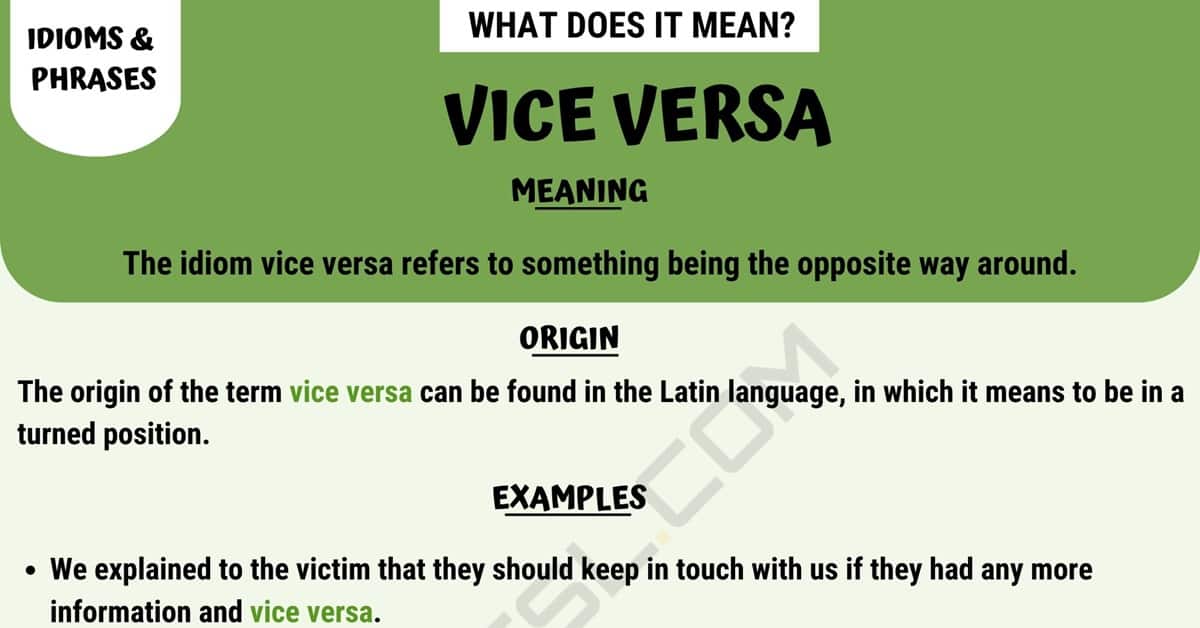 The phrase vice versa might be heard regularly during English conversation. If you have ever heard the phrase being used, you may have mused over its meaning. We will now be taking a look at the meaning of this phrase as well as looking at how it might be used within a sentence. We will also look at where the saying came from in the first place.

The idiom vice versa refers to something being the opposite way around.

The origin of the term vice versa can be found in the Latin language, in which it means to be in a turned position.

You are likely to hear the term vice versa being used quite often within a sentence, but what does this sound like? Here we will look at some examples of this.

This first statement is being made by a policeman.

The next sentence is one which is being said by a mother to her son.

If you are curious to see how the phrase vice versa might be used in a conversation, you can do this by taking a look at the following examples of conversations in which the term might be said.

The first conversation is taking place between a boss and an employee.

This second conversation is happening between two friends.

Other Ways to Say “Vice Versa”

You are likely to hear the term vice versa being referred to by using other words.

Let’s take a look at some examples of how this might look. 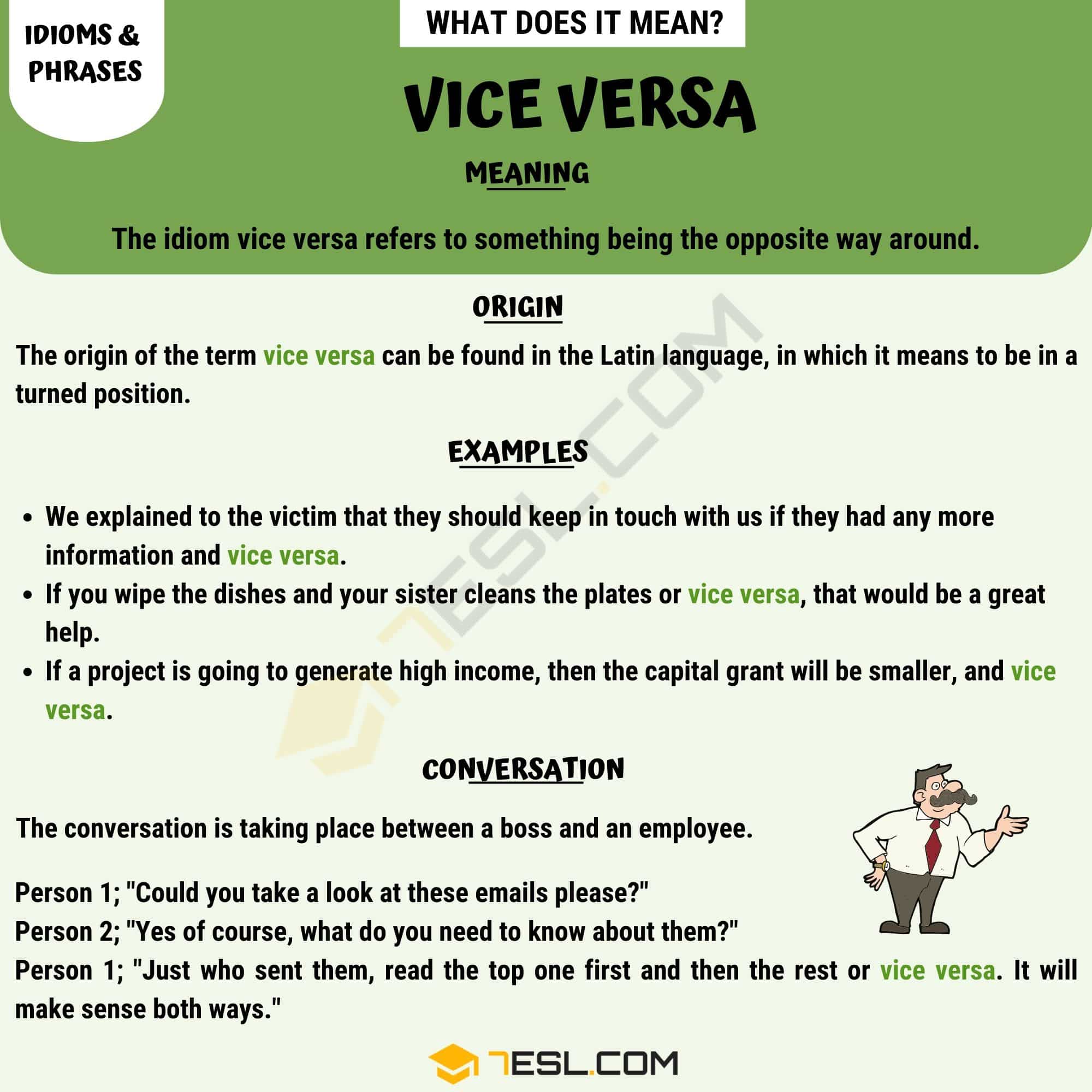