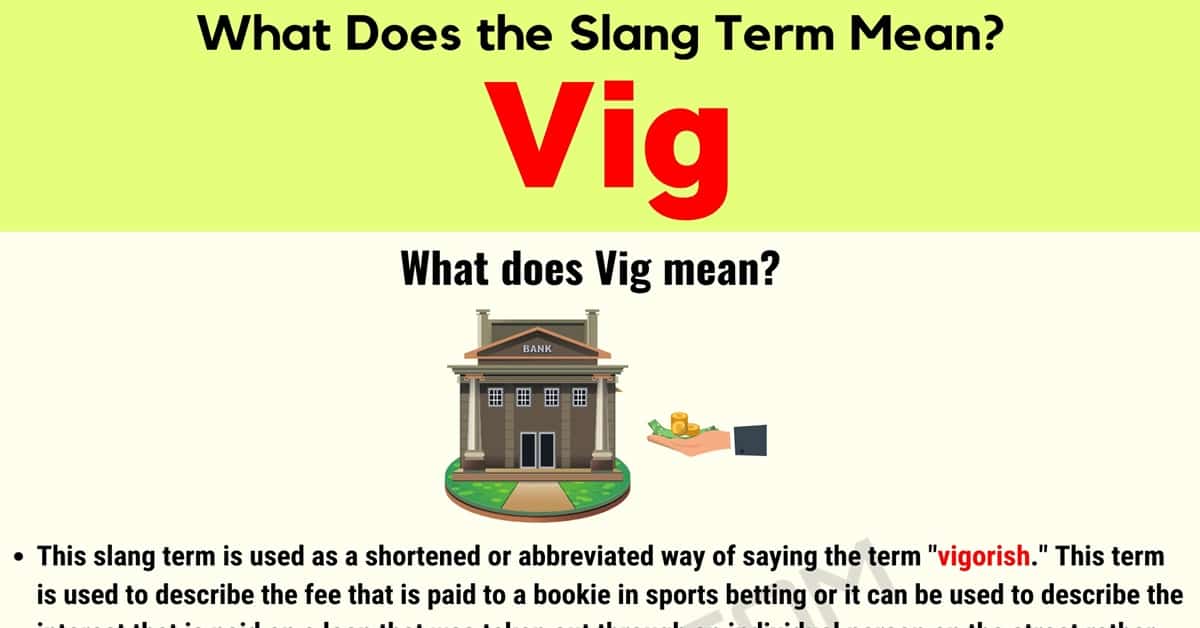 The slang term “vig” is a word that you may have seen used before if you spend a lot of time betting on the internet. If not, then this term is probably new to you which explains why you have come here looking for its meaning. If you have come here for that reason, then your search is over.

Not only will you find the meaning of this term here, but you will also find some details about its origin and some other meanings if there are any to be found. Example conversations are here also in order for you to see how the term is used in context to help you further understand its meaning. Finally, you will learn about some words that can be used in place of this term that still convey the same meaning.

What Does Vig Mean?

The term “vigorish” comes from Russian lineage. The Russian term for this phrase is “vyigrysh” meaning “winnings or gains.” It was then used as a term in Yiddish during the 20th-century using the spelling that is known today before becoming a common term in the English language. Although information is sketchy regarding when it was first shortened to this slang term, one can assume that it was abbreviated to make it quicker, easier, and more convenient to type once the internet and text messaging came about.

Other than the two meanings possible meanings mentioned above that are used in the same amount of frequency, there are no other currently known meanings of this slang term. 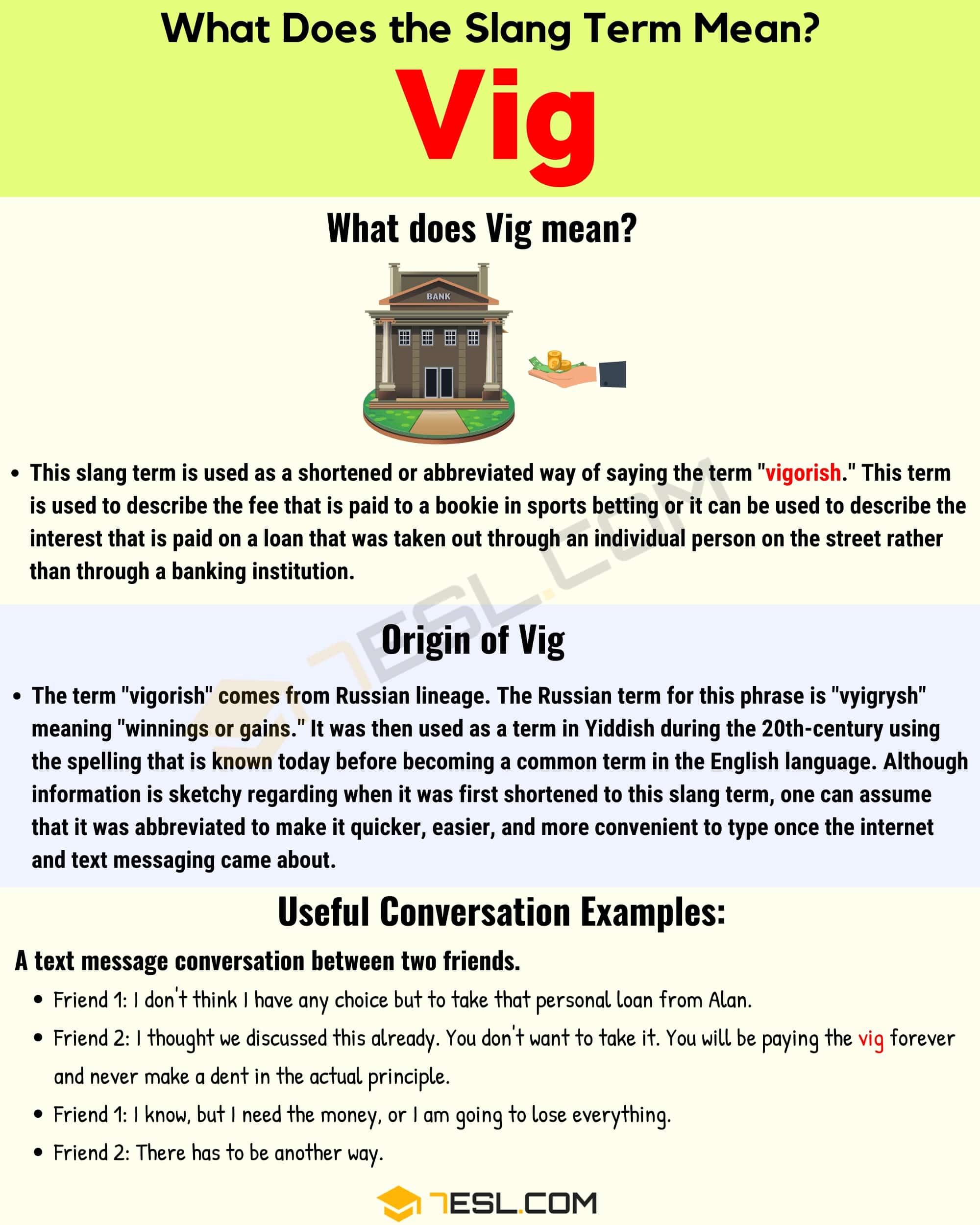