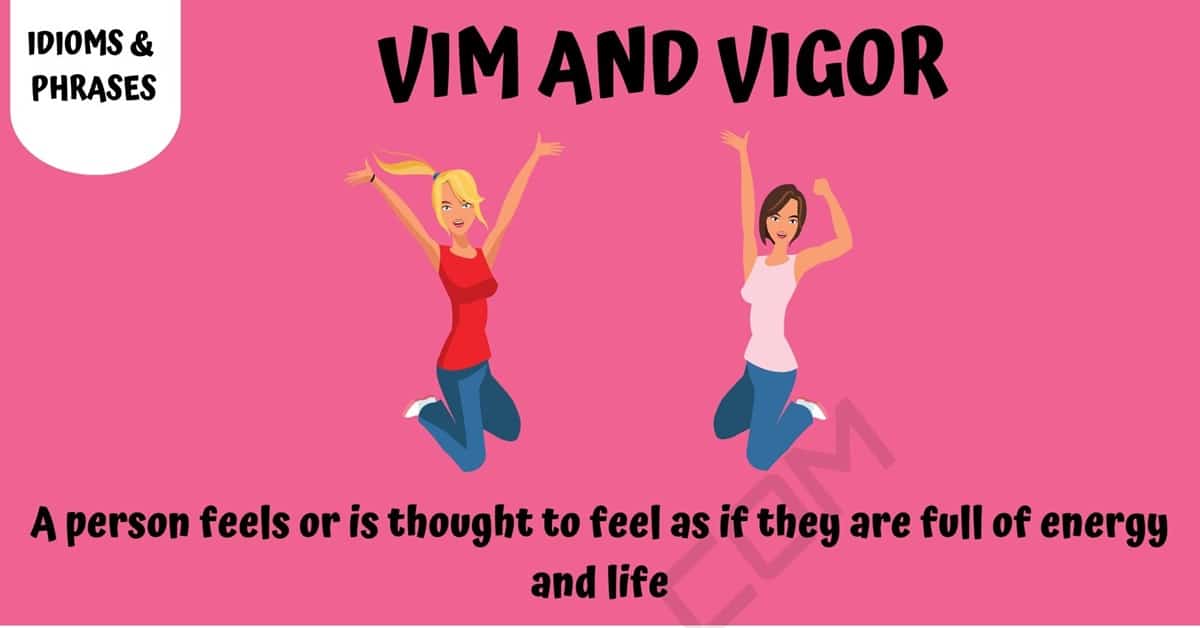 The idiomatic phrase “vim and vigor” is not heard as often as some other phrases, but it is still relevant at times to everyday writing and conversation. Here you will find the meaning of this phrase and the story of its origin. You will also see some examples of how to properly use this phrase in conversations/statements and discover some different ways to say the phrase that still convey the same meaning.

The phrase “vim and vigor” means that a person feels or is thought to feel as if they are full of energy and life.

Origin of the useful idiomatic term

The idiom “vim and vigor” gets its meanings from the words contained within the phrase. Both the words vim and vigor, when used singularly, mean the same thing. Each of these words is defined to mean energetic, lively, active and healthy. However, even though you may see the word vigor used on its own, the word vim is rarely or never seen used by itself.

Some even believe the word vim is a made-up word, while others believe it was derived from the Latin word vis, which has the same meaning. Vigor is derived from a Latin word as well, vigorem. However, the word vigor is much older than the word vim. Vim was not used until 1843, while the term vigor has been a term used often since the 1300s.

The two words were combined into the phrase “vim and vigor” creating a redundancy, more commonly known as a tautology, and were first seen used in this form in the mid-1800s. Popularity for this phrase peaked in the 1940s and it is now an idiomatic phrase that is rarely heard.

A statement made during a bodybuilding championship.

A statement made in the local paper about a new restaurant that opened within the community.

A conversation between two male students in the weight room at school.

Other Ways to Say “Vim and Vigor”

Like all phrases, the phrase “vim and vigor” can be said in several other ways that still convey the same meaning. Some alternative things you could say include: 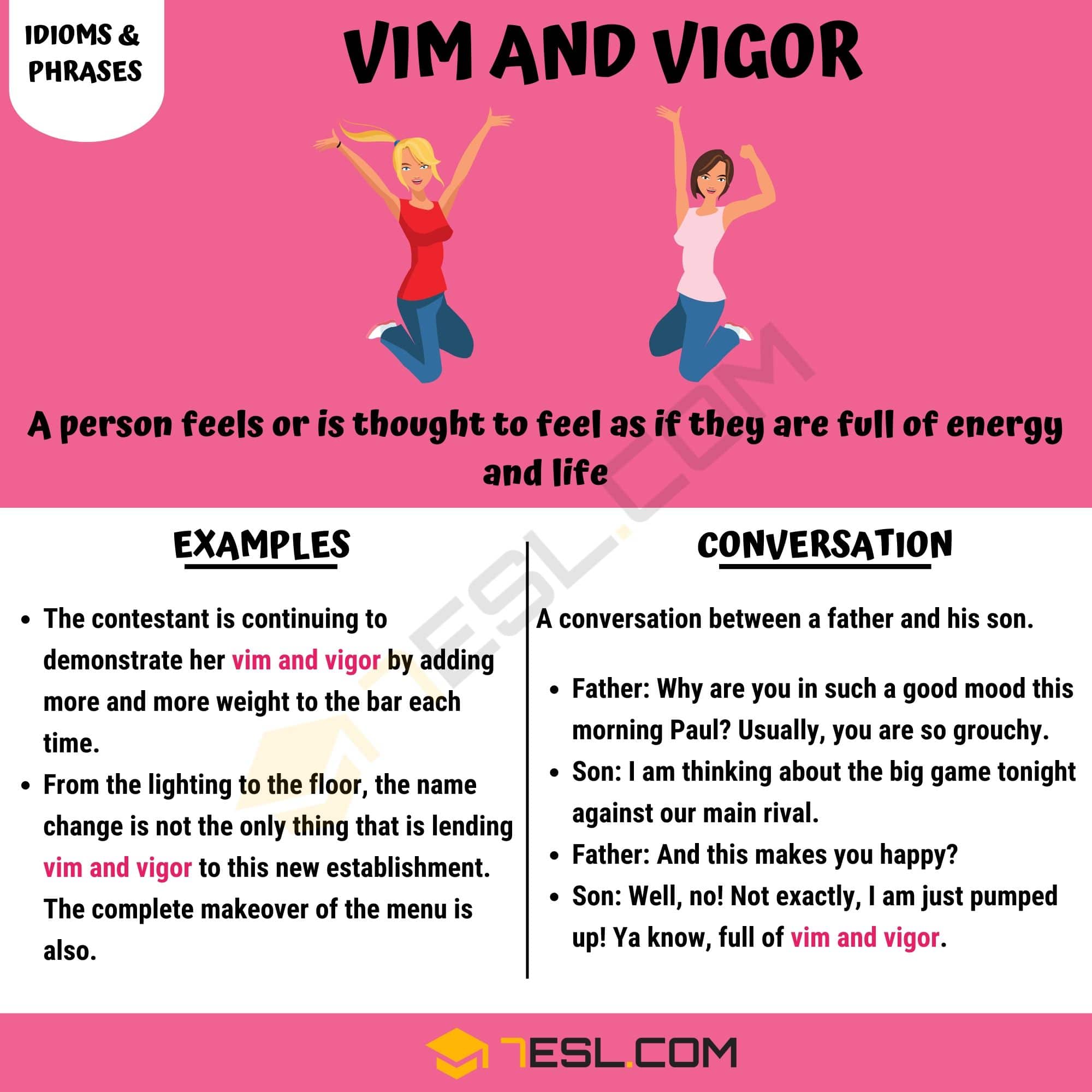