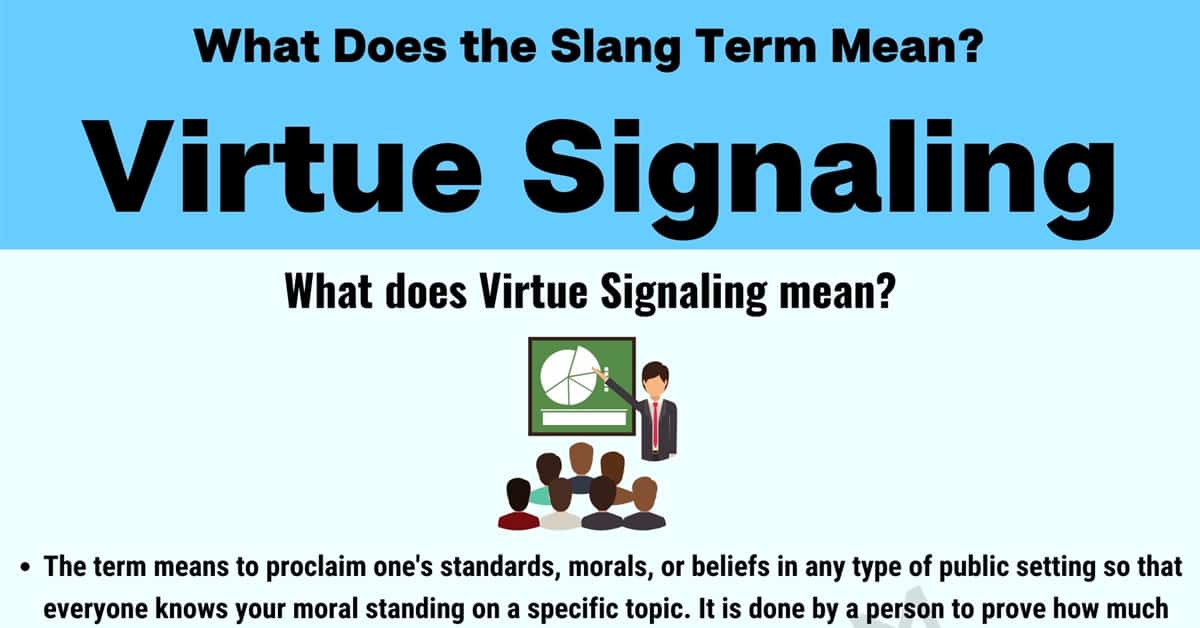 The slang term “virtue signaling” is a relatively new term being thrown around the internet. If you have encountered this phrase being used and were left wondering what it means, then you have made it to the correct page to find out what you need to know. Here you will not only find out the meaning of this phrase, but you will also see some information about its origin and some other meanings of the phrase if there are any that exist.

You will also have the chance to read over some example conversations that feature the phrase being used correctly to help you gain a deeper understanding. Finally, the piece is summed up with some alternative words or phrases that you can use interchangeably with the original phrase to mean the same thing.

What Does “Virtue Signaling” Mean?

The term means to proclaim one’s standards, morals, or beliefs in any type of public setting so that everyone knows your moral standing on a specific topic. It is done by a person to prove how much better they are than everyone else and not done out of the want or desire to fix a problem.

This term has been used since at least 2013 when it first appeared in a blog on the site LessWrong. It was used in the blog to describe why people could not get along in certain social circles. It was later used again for similar reasons in a 2015 article published in The Spectator by journalist James Bartholomew. In the article, Bartholomew pointed out that signs in a Whole Foods market and statements made about the hatred of banks were a clear example of this term.

There are several alternative ways to say this phrase that are synonymous with the original. Some other ways you could state the same thing include: 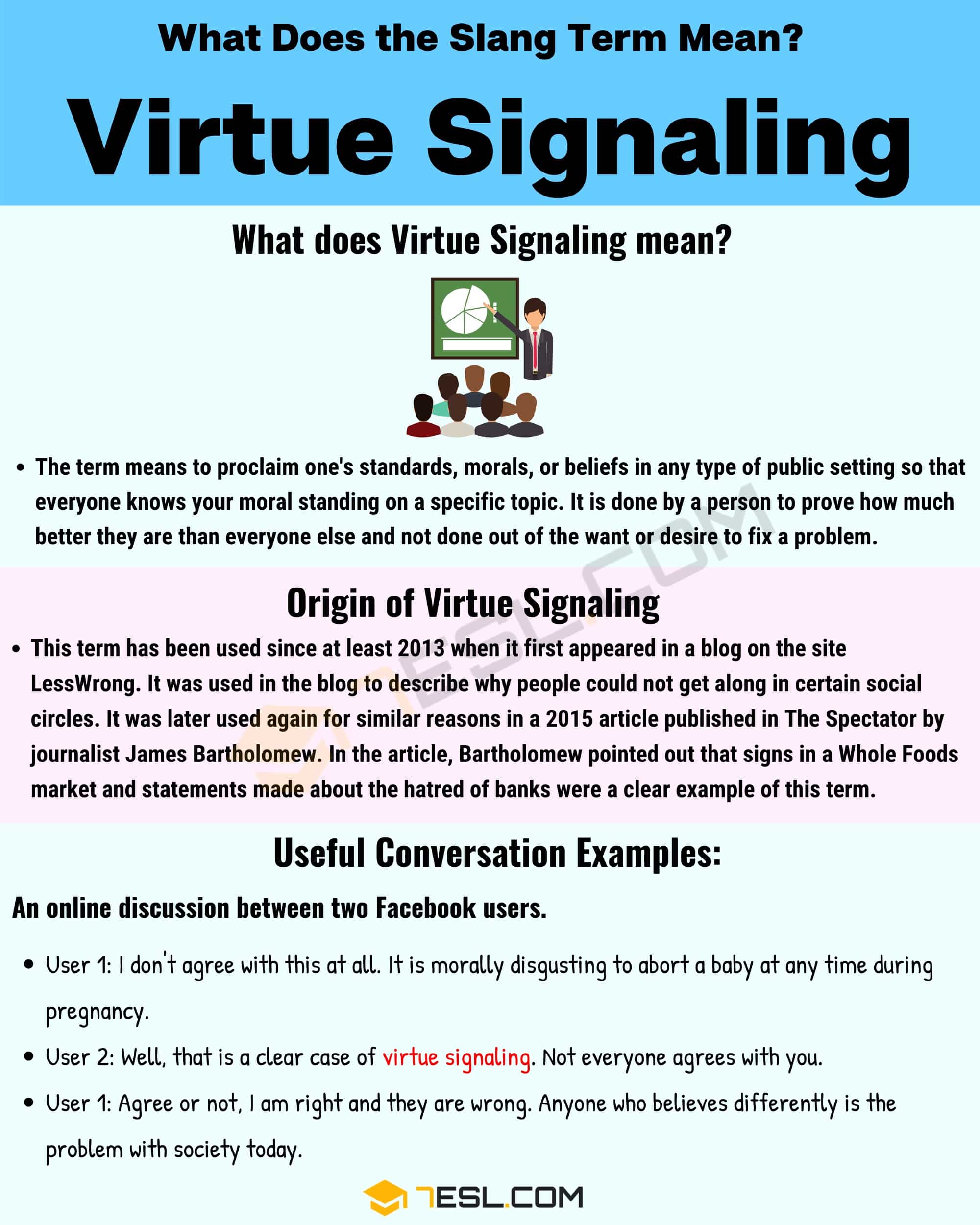 Thank you for your clear and concise explanation of virtue signaling, especially using the phrase in conversations. It’s a phrase that is not always clear to me when I see it used in arguments on social media.