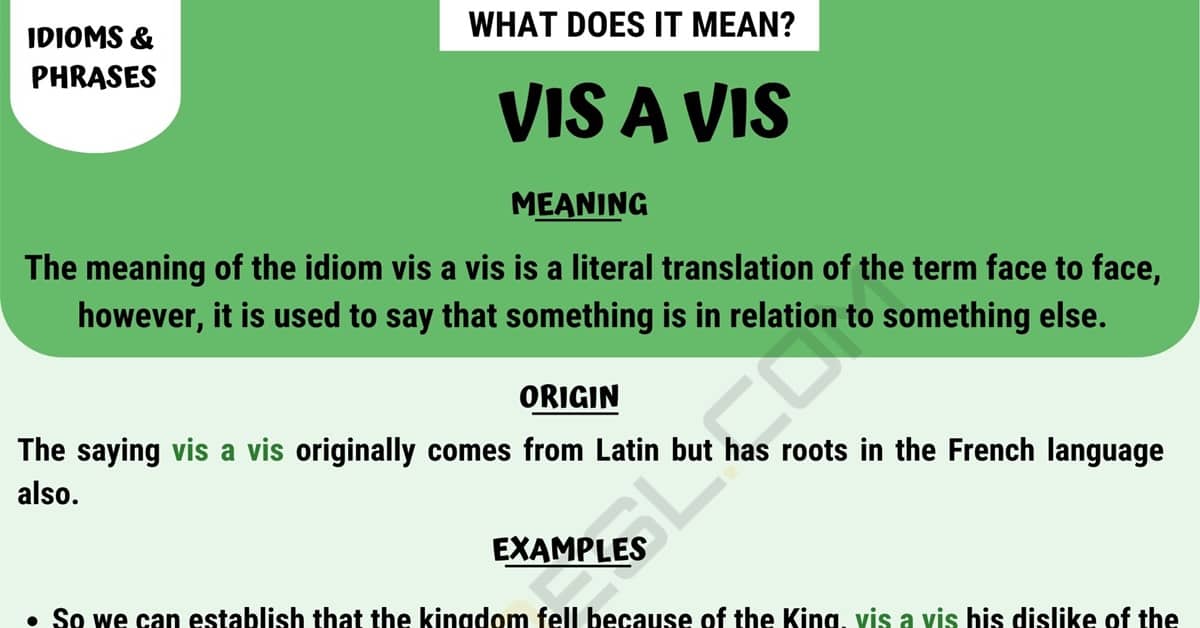 The phrase vis a vis might often turn up during an English conversation and you might have wondered what the term refers to. In this article, we are going to take a look at the meaning behind this saying as well as finding out some of the history behind it. We will also study some examples of how the term can be used within a conversation and within a single sentence.

The meaning of the idiom vis a vis is a literal translation of the term face to face, however, it is used to say that something is in relation to something else.

Origin of this saying

The saying vis a vis originally comes from Latin but has roots in the French language also.

We are likely to see the term vis a vis within a sentence many times. We are now going to take a look at some examples of sentences in which the term might be used.

The first statement is one which is being made by a teacher.

This next example statement is being made in a news report.

When listening to day to day conversation, you are likely to stumble upon the term vis a vis, but how might it function within these conversations? We will now take a look at some examples of this.

This first conversation is one which is taking place between two co-workers.

This is another conversation example which is taking place between an estate agent and their client.

Other Ways to Say “Vis a Vis”

There are, as with any idiom, other ways in which you might express the meaning of the term vis a vis.

We will now see some examples of other phrases you might say instead. 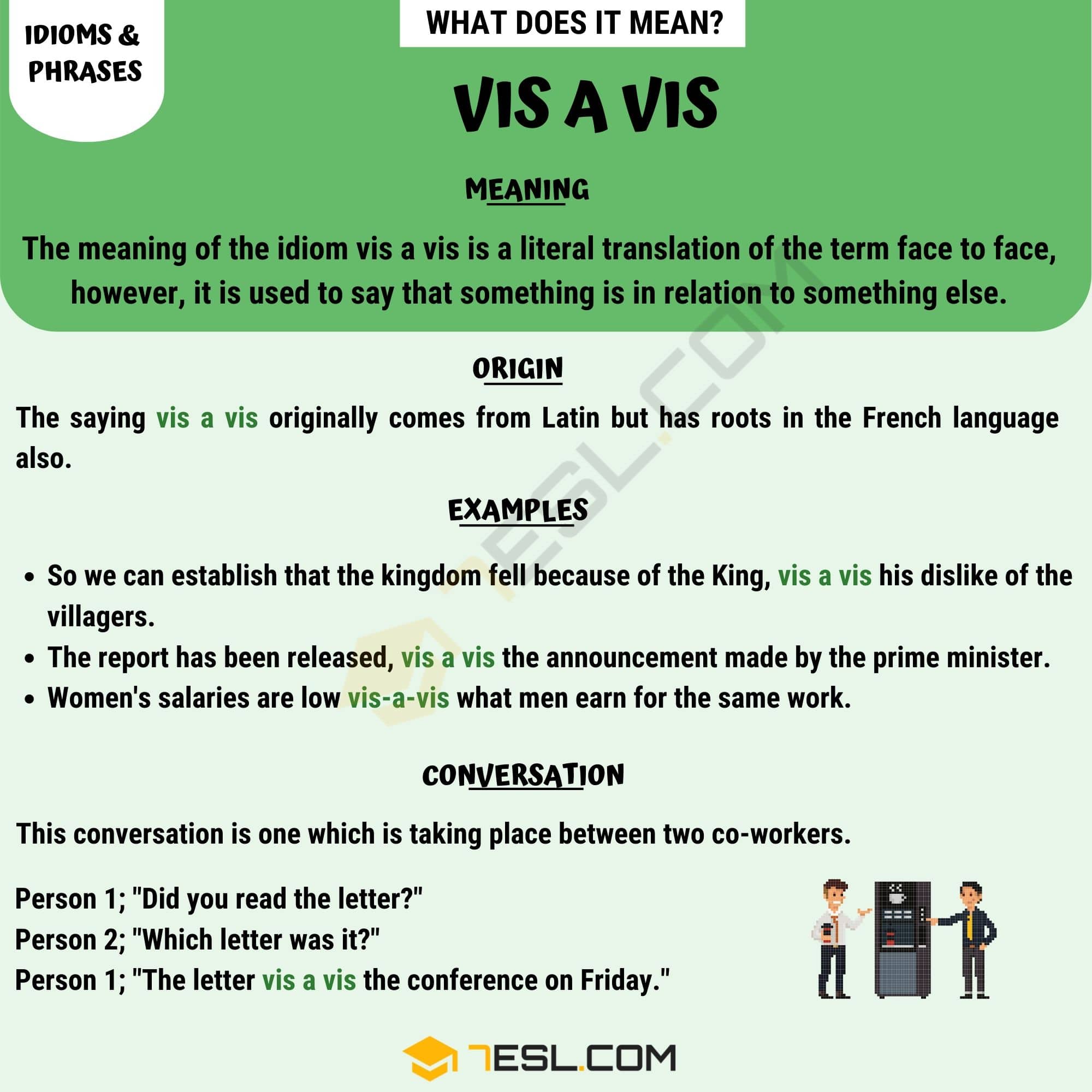