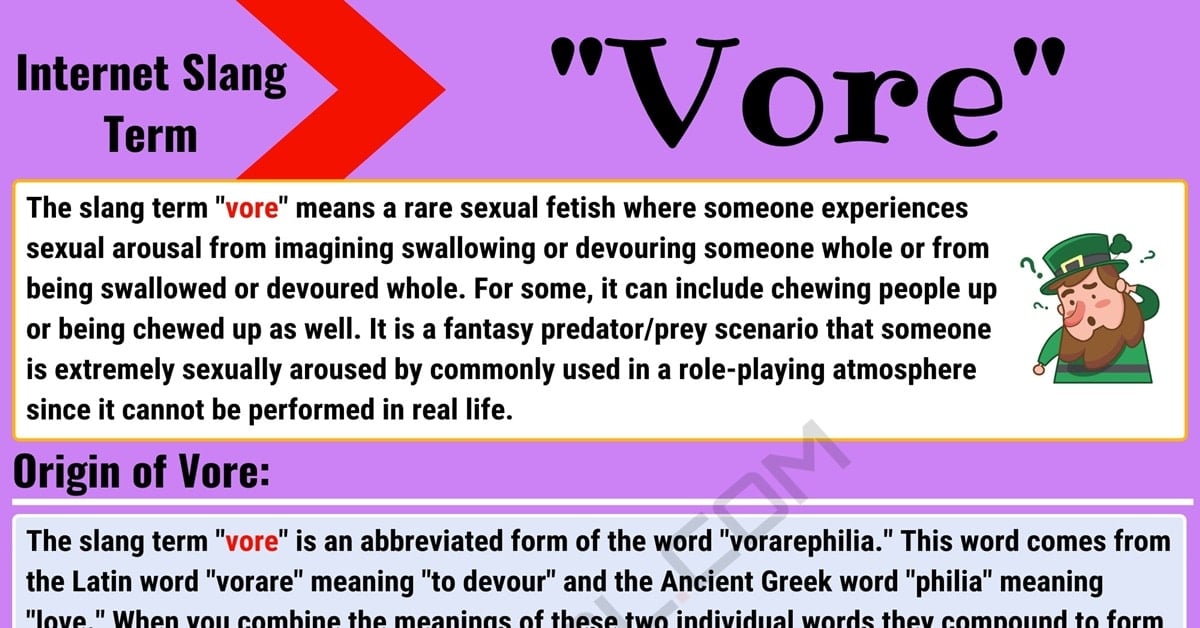 The slang term “vore” is a rare term that you may or may not have heard of before depending on the circles you run in on the internet. If you have come across this term by chance and you have been wondering about it, then look no further. Not only will you find the meaning of the term here, but you will also discover some information about its origin.

You will also find other meanings for the term if there are any available and some example conversations to help you better understand the term from the context it is used in. Finally, you will discover some other ways to say “vore” in conversation through alternative words or phrases that mean the same thing.

What Does Vore Mean?

The slang term “vore” means a rare sexual fetish where someone experiences sexual arousal from imagining swallowing or devouring someone whole or from being swallowed or devoured whole. For some, it can include chewing people up or being chewed up as well. It is a fantasy predator/prey scenario that someone is extremely sexually aroused by commonly used in a role-playing atmosphere since it cannot be performed in real life.

The slang term “vore” is an abbreviated form of the word “vorarephilia.” This word comes from the Latin word “vorare” meaning “to devour” and the Ancient Greek word “philia” meaning “love.” When you combine the meanings of these two individual words they compound to form the definition stated above.

While it is not certain when this sexual fetish first began, it has been around for quite some time. There are many internet sites devoted to vore culture that feature anime-type drawings called manga featuring fantasy scenarios of vore.

A conversation between a girl and a boy:

There are several words or phrases that you can use in place of the word “vore” to relay the same meaning in conversation. Some of the alternative ways you could say this word include: 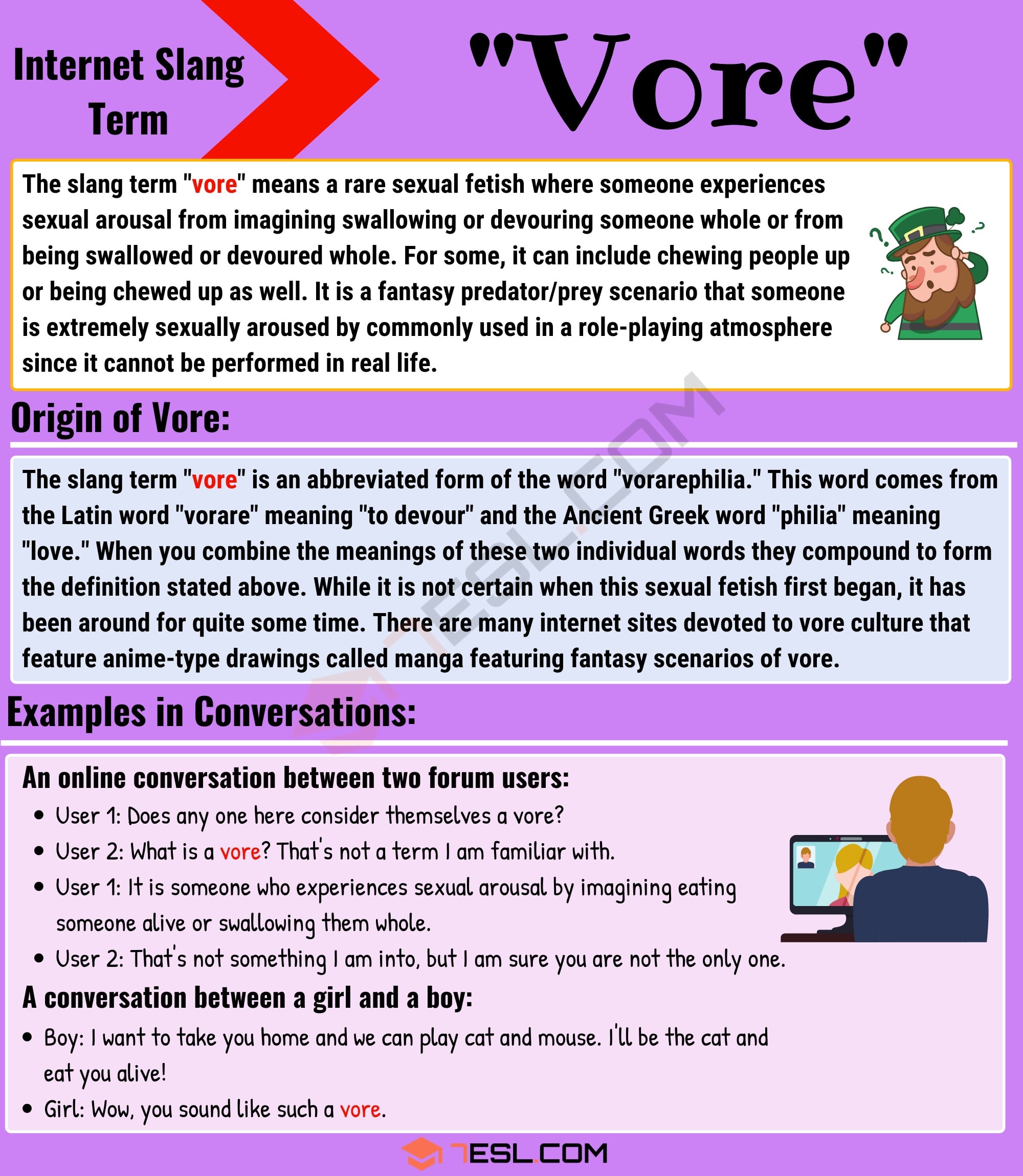 the sentence examples in the image are a bit off. ive never seen anybody refer to another person as “a vore.” more accurate would be “a vorarephile,” or just “into vore.” other ways to use it include “a vore picture,” or as an action, “he will vore her.” i hate how much i know about this.

no name
Reply to  i have issues

this is sick and im traumatized

Moose
Reply to  i have issues 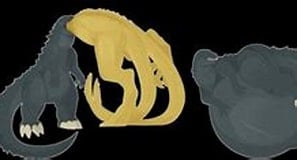 Ew, people who openly discriminate vorarephiles. Just because this fetish is weird doesn’t mean you can openly say it’s gross. We’re normal people too. Can’t you be more considerate of our feelings?

Vore is you eat somebody