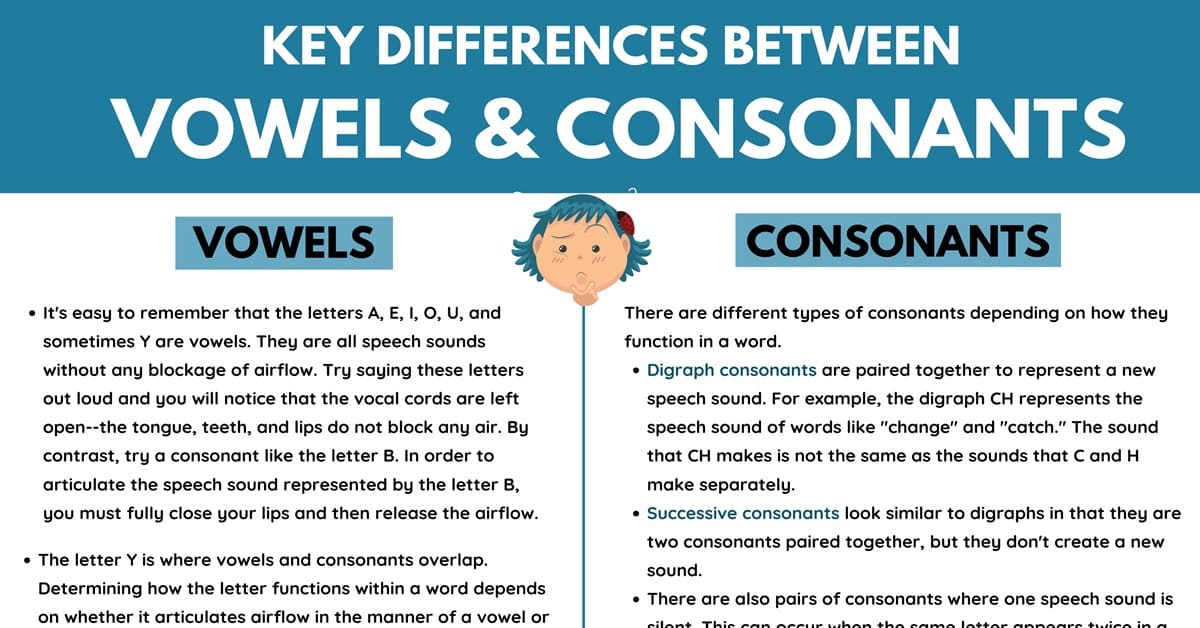 Vowels and consonants are all of the letters of the English alphabet that represent unique speech sounds. They are symbols that let the reader know what a word should sound like. When humans speak, air flows through the vocal cords and is altered to change how sounds come out. These sounds are ascribed different letters. How these sounds are articulated determines whether they are considered vowels or consonants.

As words are articulated, air flows through the vocal cords and is manipulated to create different sounds. This manipulation can occur in the vocal cord itself, as well as in the mouth with the the help of teeth, lips, and the tongue. Some speech sounds are produced without any closure of the airflow. These are what we call vowels. All other speech sounds, those with alteration or blockage of airflow, are called consonants.

It’s easy to remember that the letters A, E, I, O, U, and sometimes Y are vowels. They are all speech sounds without any blockage of airflow. Try saying these letters out loud and you will notice that the vocal cords are left open–the tongue, teeth, and lips do not block any air. By contrast, try a consonant like the letter B. In order to articulate the speech sound represented by the letter B, you must fully close your lips and then release the airflow.

The letter Y is where vowels and consonants overlap. Determining how the letter functions within a word depends on whether it articulates airflow in the manner of a vowel or a consonant. Typically, if Y is the only vowel in a word, it is considered a vowel. Also, if Y ends a word or a syllable, like in the word “play,” it is a vowel. When Y is the first letter of a word or syllable, it requires blockage of the airflow to pronounce, thus making it a consonant. Examples of Y as a consonant include the words “yearn” and “beyond.”

There are different types of consonants depending on how they function in a word.

Understanding the difference between vowels and consonants just takes a simple test of pronouncing the letters within each word and seeing how the air is altered in your vocal cords. Though complex in their origin, vowels and consonants are symbols created to make reading and speaking easier. 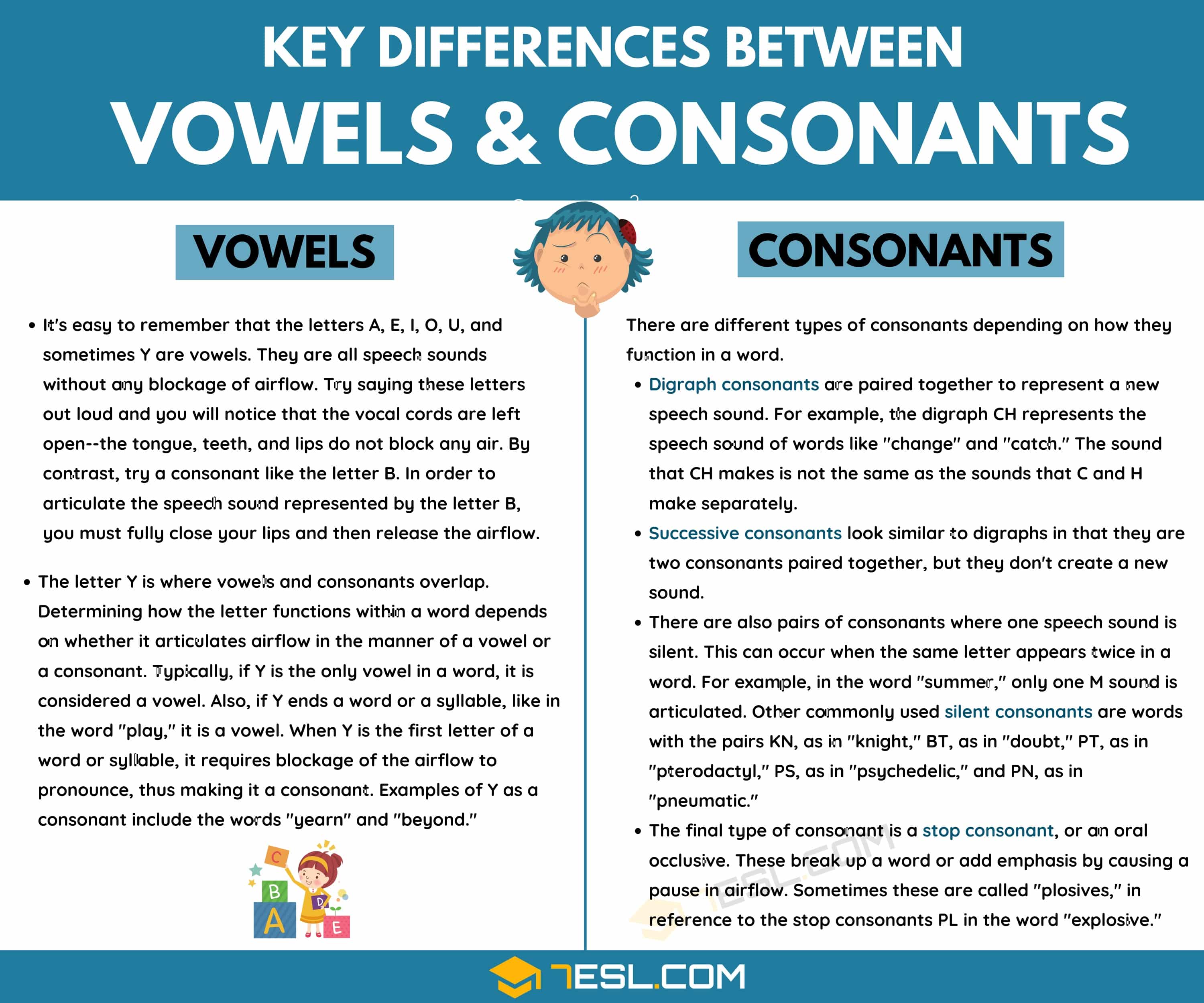 ya come on can you do something better!?

The discussion ended just as it was getting started