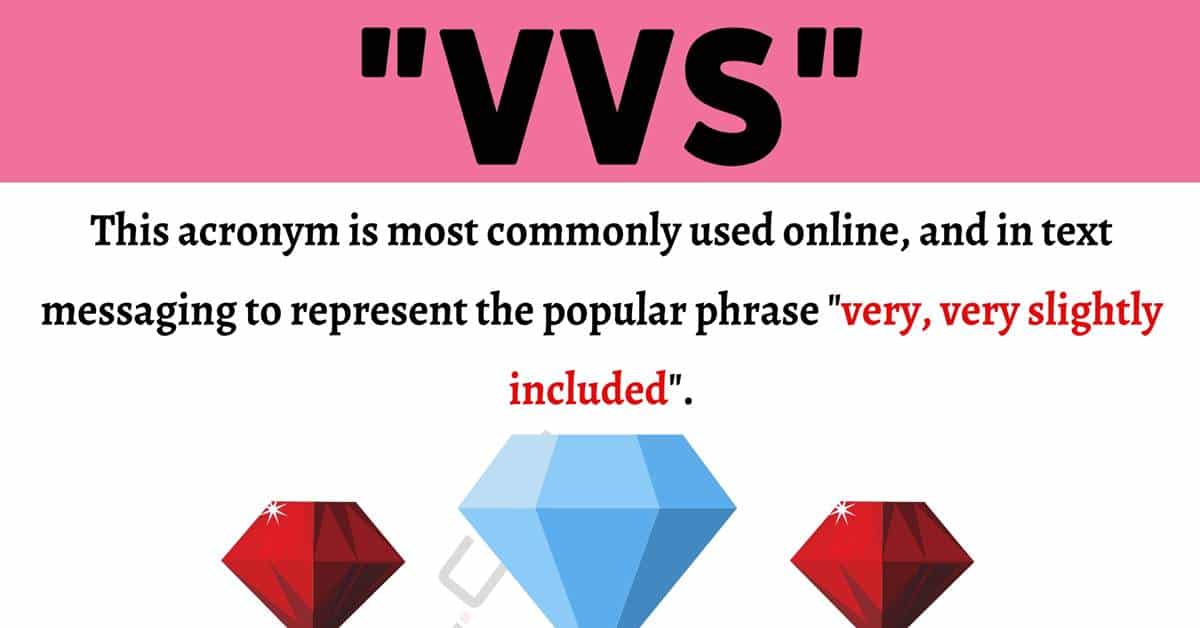 The acronym “VVS” is a rather difficult term to understand. Chances are you have heard this phrase used in a song, but you may have heard it also if you are into expensive jewelry. Regardless of the way you first encountered this phrase, you are most likely here searching for its meaning and you have come to the right place. Below you will find the definition of this term, origin information if it is available, and some alternative meanings. You will also discover some example conversations that feature the correct usage of this term. Lastly, you will learn of some words or phrases that can be used in substitution for this phrase to mean the same thing if that is possible to do.

What Does VVS Mean?

This acronym is most commonly used online, and in text messaging to represent the popular phrase “very, very slightly included” even though the word “included” is not part of the acronym. The term is used to refer the inclusions in a diamond that are invisible to the naked eye and determine the clarity of the stone. These are often some of the best diamonds on the market and are very expensive.

There are no origin details concerning the first usage of this texting abbreviation in the meaning stated above.

As is the case with nearly every acronym known to man, there are other things such as random phrase, official titles and other stuff that this acronym can represent. There are too many representations to include them all here, but some other things that this acronym can represent are “very, very small,” “Virtual Video Stream,” “Variable Voltage Scaling,” “Vulvar Vestubilitis Syndrome,” and “Vertical Video Syndrome.”‘

There is only one other phrase that you could use to represent this phrase that would mean the same thing and that is the phrase “very, very small.” Other words or phrases would change the meaning of this term and would no longer refer to this object specifically since it is a technical term. 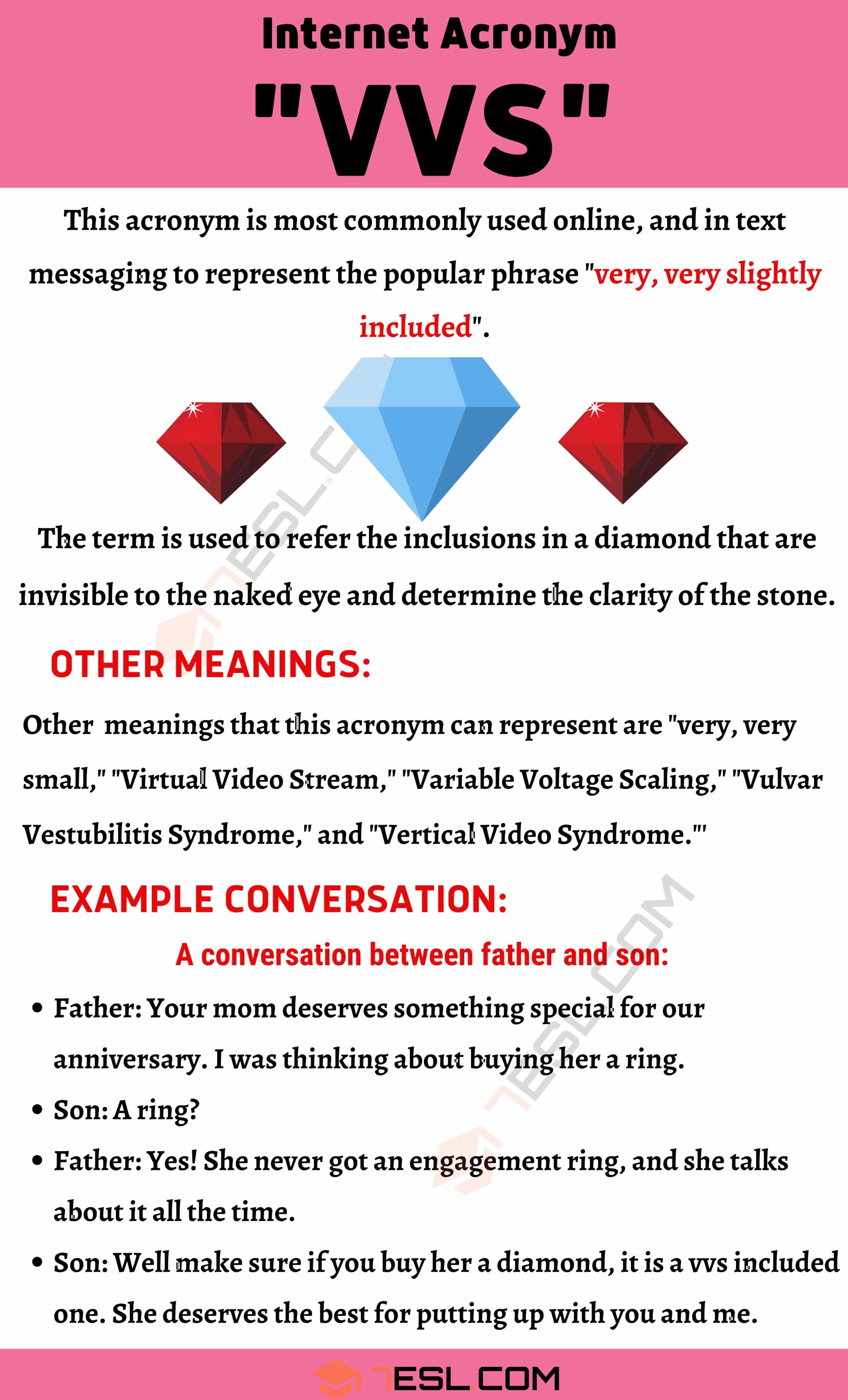