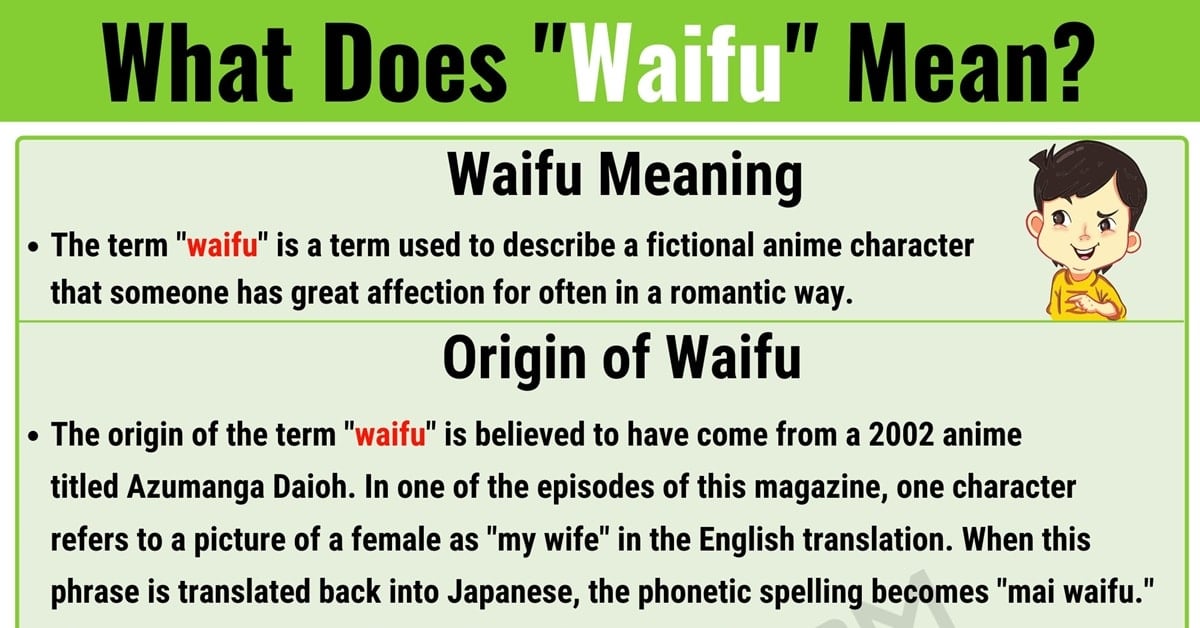 The term “waifu” won’t be a general term heard by everyone who surfs the internet. This is a specific term only heard in certain circles by someone who has specific interests. Here you will find the meaning of this term and the story of its origin.

You will also find optional meanings if they are available and some example conversations illustrating the slang term used in the proper context to help you gain a better understanding. Finally, you will discover some similar words or phrases that can be used in place if this term to convey the same meaning.

What Does Waifu Mean?

The term “waifu” is a term used to describe a fictional anime character that someone has great affection for often in a romantic way.

The origin of the term “waifu” is believed to have come from a 2002 anime titled Azumanga Daioh. In one of the episodes of this magazine, one character refers to a picture of a female as “my wife” in the English translation. When this phrase is translated back into Japanese, the phonetic spelling becomes “mai waifu.” Therefore, essentially calling a fictional character that you have great affection for your “waifu, ” you are in essence referring to them as your wife or partner.

There are currently no other meanings known for the term “waifu.”

An online conversation between two users on a forum:

There are many words that you could use to replace the term “waifu” and still mean the same thing. Some of the synonyms you could use include: 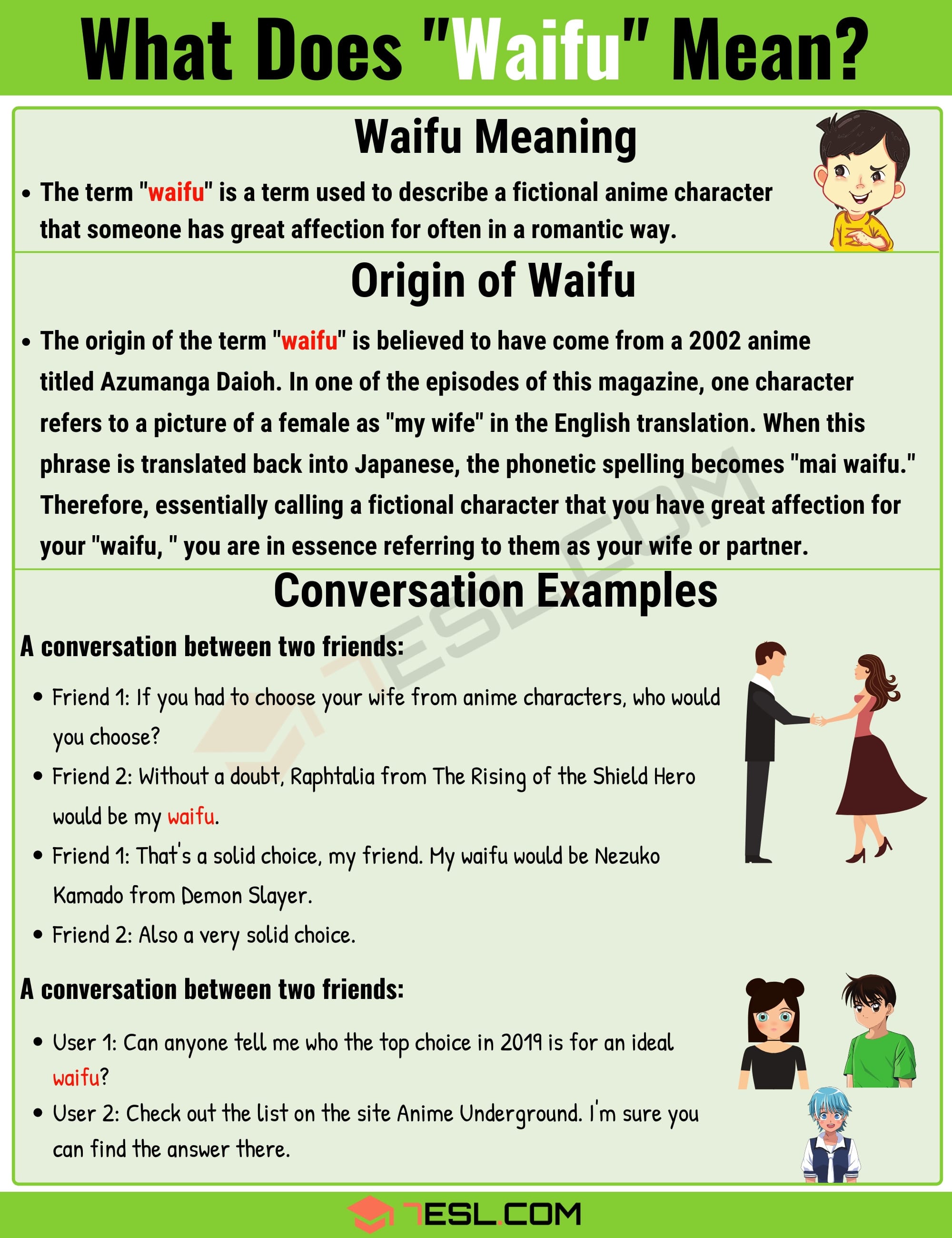