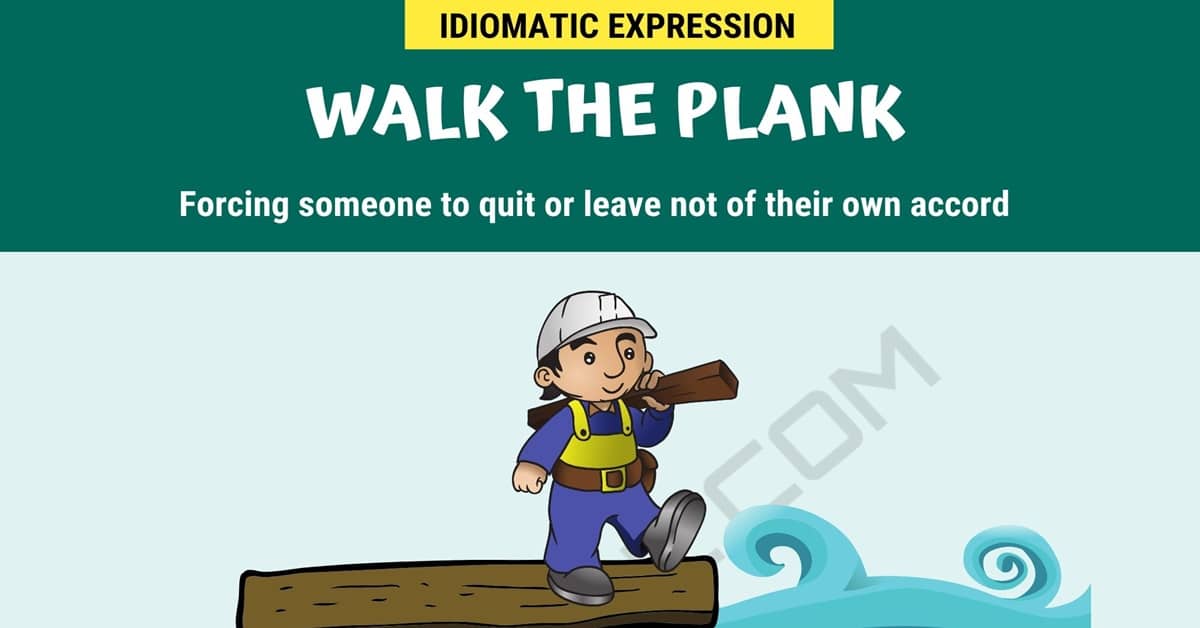 The idiomatic phrase “walk the plank” is one that you may hear or see frequently used in everyday conversation or writing. Here you will find the meaning of this phrase and some information regarding the phrase’s origin. You will also see some examples of how to use the phrase properly in conversations/statements and learn other ways the phrase can be said and still convey the same meaning.

The idiomatic phrase “walk the plank” means forcing someone to quit or leave not of their own accord.

Origin of the English idiom

This idiom originated from a style of execution popular in the 17th century, especially among pirates. Pirates would take prisoners to sea with them and then make them walk the length of a slender piece of wood that extended from the side of the ship out over the water. Once the person reached the end, they were forced to jump in and drown in the ocean as punishment.

A statement made in a local news report by a politician retiring his appointment to office.

A statement made by a disgruntled celebrity regarding a film she had been a part of.

Other Ways to Say “Walk The Plank”

As is the case with all idiomatic phrases, there are many ways to say “walk the plank” and convey the same meaning.

Some other ways you can say this phrase include: 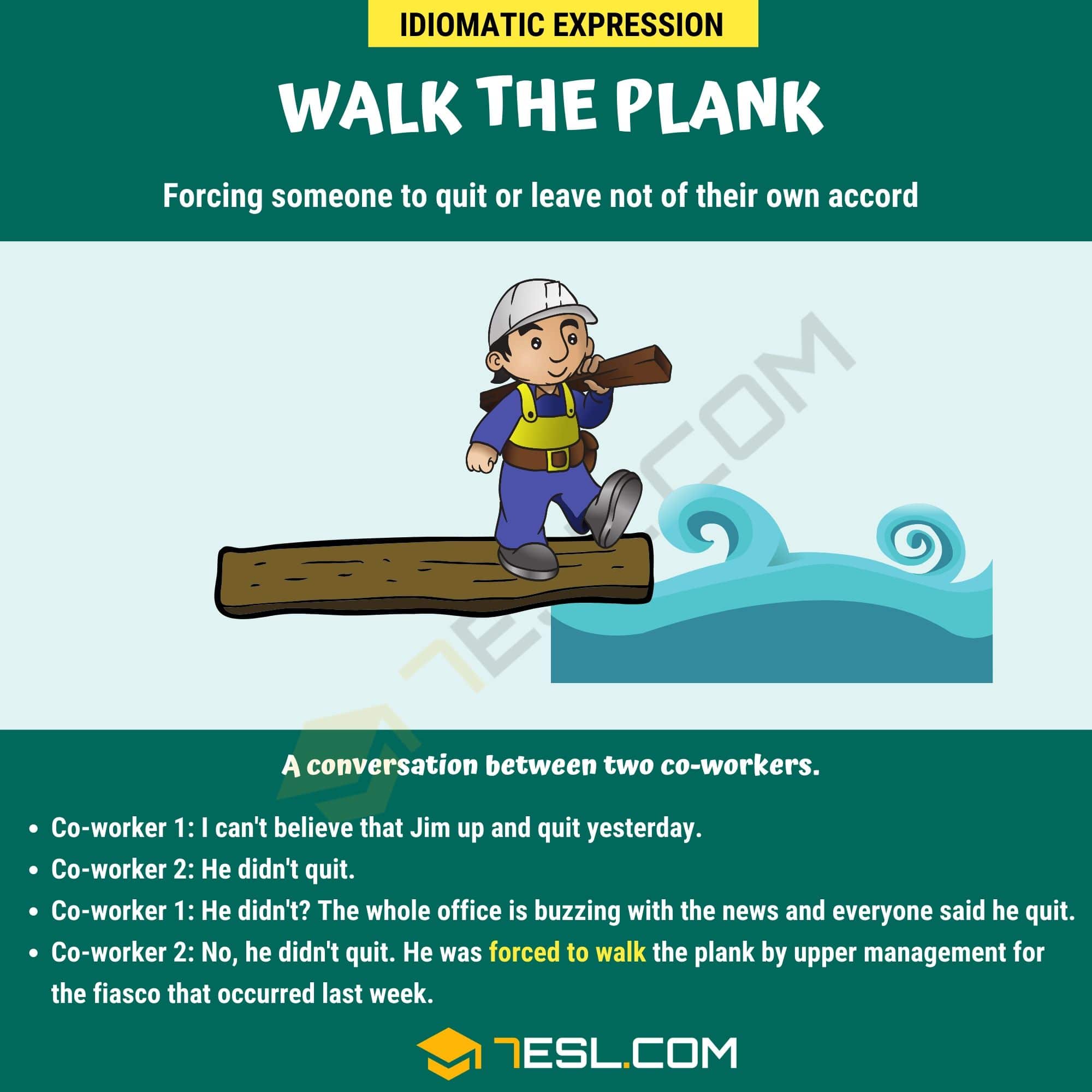