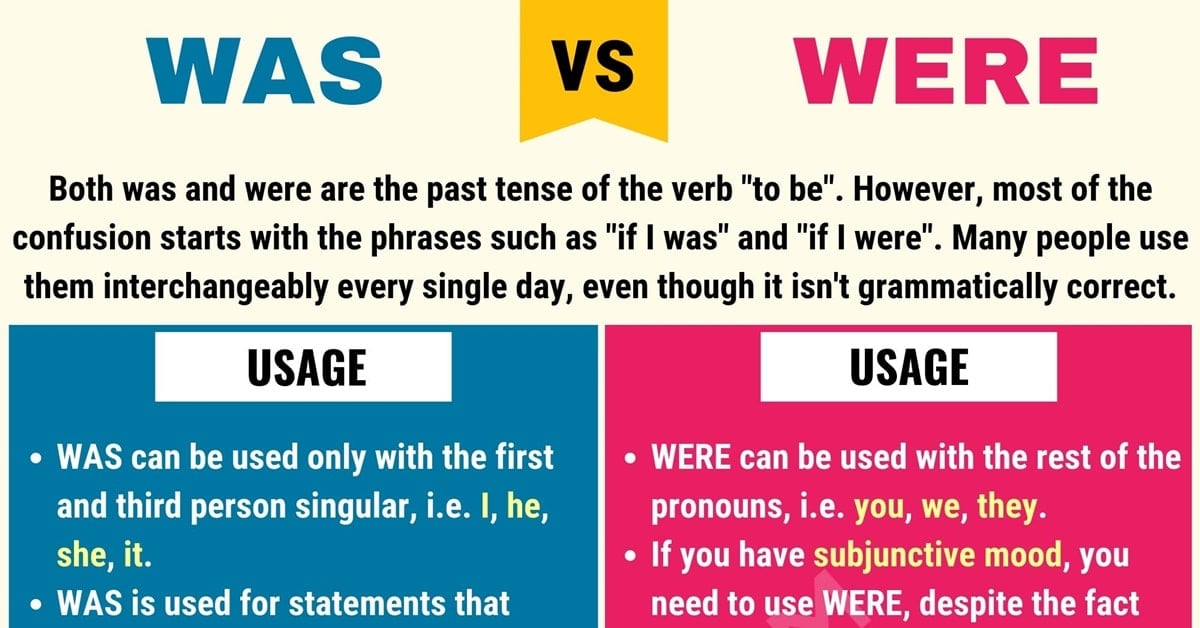 Was vs. were! Even native English speakers and people who’ve been learning this language for a very long time sometimes make very easy mistakes when they speak or write. It often occurs not because they don’t know which word is correct to use, but because they aren’t concentrated enough. Still, it’s important to always be careful, especially when conducting a formal piece of writing, and not make these mistakes. Take was vs. were, for instance. You’d be surprised at how many people actually confuse them.

Both was and were are the past tense of the verb “to be“. WAS, however, can be used only with the first and third person singular, i.e. I, he, she, it, while WERE can be used with the rest of the pronouns, i.e. you, we, they.

Unfortunately, this isn’t all there is when it comes to was and were. In fact, most of the confusion starts with the phrases such as “if I was” and “if I were“. Many people use them interchangeably every single day, even though it isn’t grammatically correct.

The rule is as follows: if you have subjunctive mood, you need to use were, despite the fact that you might be talking about only one person. Subjunctive mood means that you’re making a hypothesis and saying something that you wish for. For instance, “I wish I were a better cook”, or “I wish the weather were warmer this summer”. Both of these sentences don’t describe reality.

You might have heard someone say something like, “If I were you, I wouldn’t do that” to you. This is one more example of when to use were, even though it might seem that was fits better. The person speaking can’t actually ”be you”, so the phrase is used hypothetically.

In contrast, was is used for statements that describe reality. For instance, “I wanted to become a cook when I was younger”, or “The weather was warmer last summer than it is now”. Both sentences describe a fact, and this is why was is used.

Was vs. Were Examples

When to Use Were vs. Was | Picture 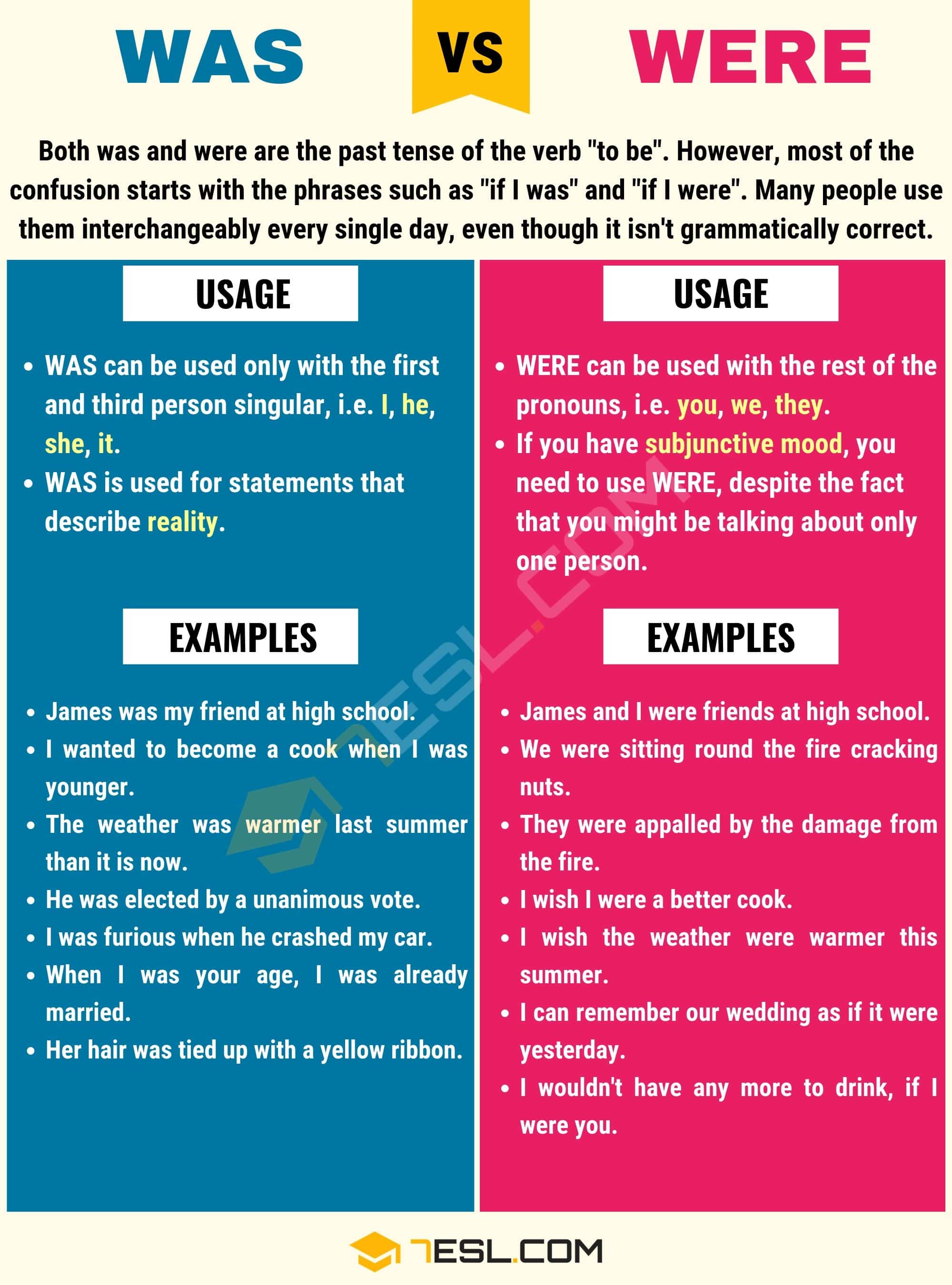