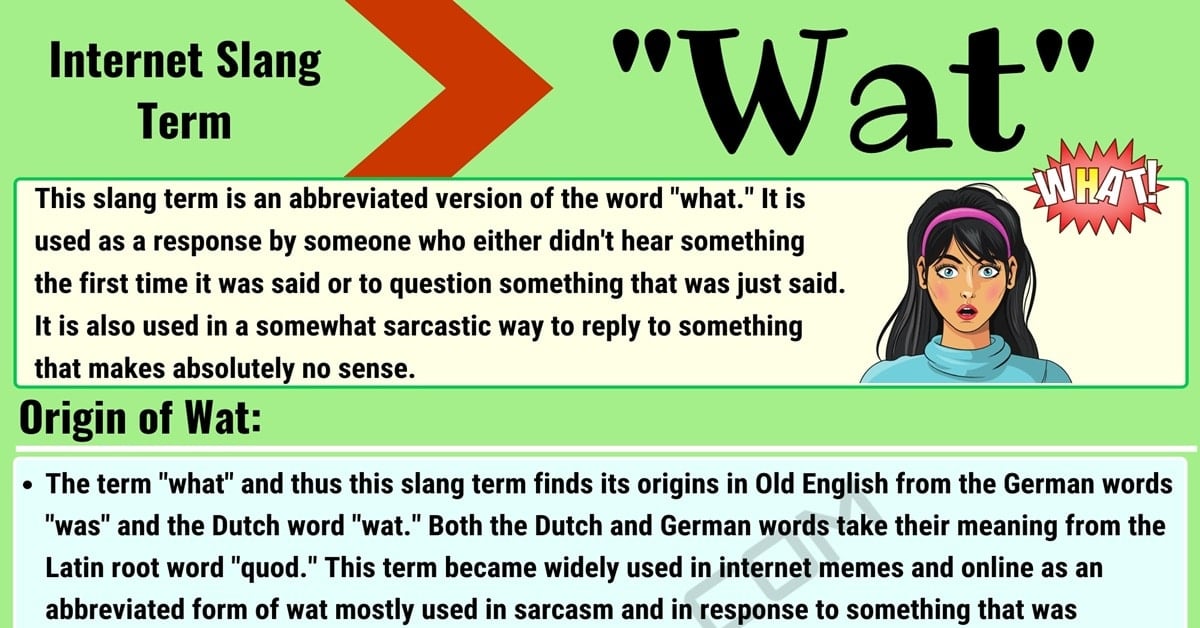 The slang term “wat” is one of the simplest internet slang terms to figure out the meaning of. However, if you were second-guessing yourself concerning the meaning and have arrived here just to make sure you were right about it, then you have come to the right place. Here you will find the meaning of this term, the story of its origin, and some alternative meanings if there are any.

You will also see some example conversations featuring this term for you to understand the term better. Finally, you will see some words or phrases that you can use interchangeably with this term to maintain its meaning and state the same message.

What Does “Wat” Mean?

This slang term is an abbreviated version of the word “what.” It is used as a response by someone who either didn’t hear something the first time it was said or to question something that was just said. It is also used in a somewhat sarcastic way to reply to something that makes absolutely no sense.

The term “what” and thus this slang term finds its origins in Old English from the German words “was” and the Dutch word “wat.” Both the Dutch and German words take their meaning from the Latin root word “quod.” This term became widely used in internet memes and online as an abbreviated form of wat mostly used in sarcasm and in response to something that was absolute nonsense.

This term is also the given name of a temple in Thailand. The term is also the name of an Ethiopian stew that contains vegetables and stew and is often eaten with a piece of flattened bread rather than utensils. A pat of butter can also be referred to using this term. 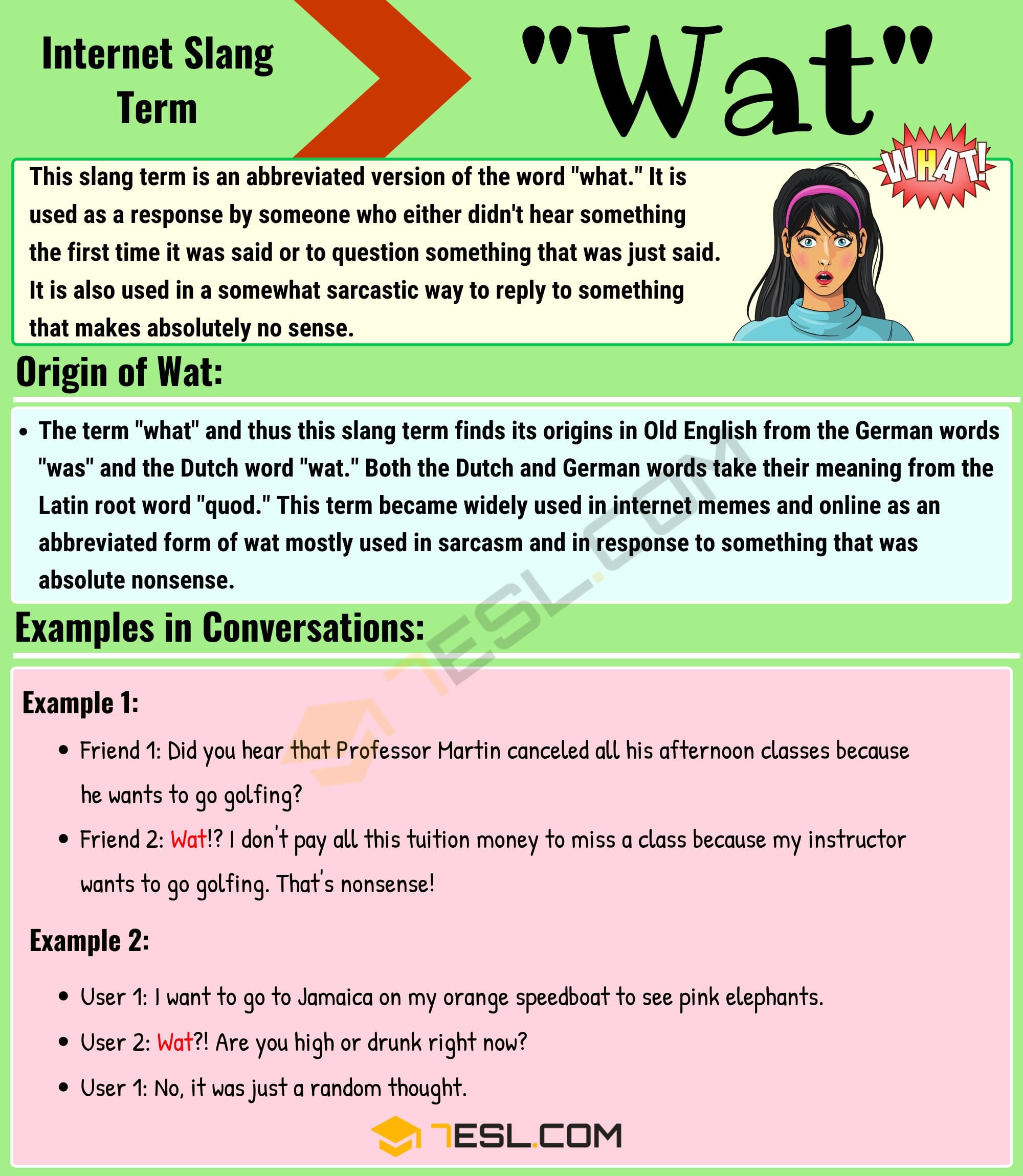 this article doesnt need to exist