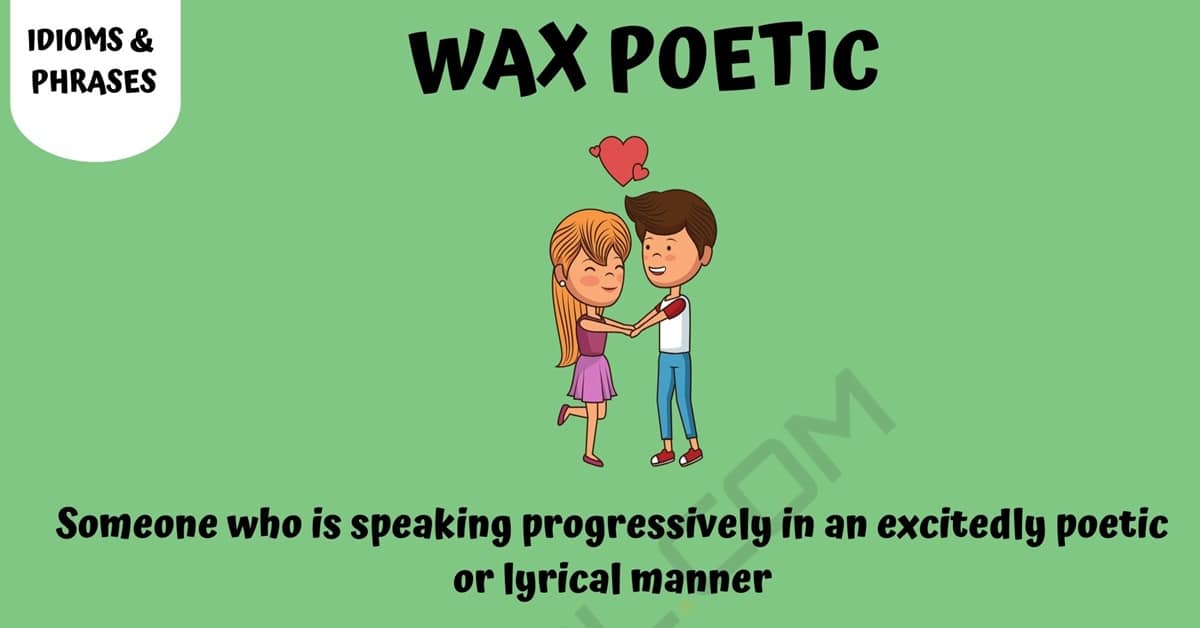 “Wax poetic” is the most frequently used idiomatic phrase that uses the word “wax” in a descriptive sense. If you have encountered this phrase and wanted to know more about it, then you have landed in the right spot. Here you will find the meaning of this phrase and the available information about its origin. You will also be provided with some sentences and conversation examples to illustrate how the phrase is used correctly. Alternative suggestions will also be provided so you can discover some other options for using this phrase to convey the same meaning.

The idiom “wax poetic” is an expression used to describe someone who is speaking progressively in an excitedly poetic or lyrical manner.

The origin of this phrase was once thought to come from the descriptive phrases used to describe the phases of the moon. The moon is said to be waxing or waning according to the amount of the surface of the moon that you can see at night. However, the use of the word “wax” in this phrase predates the terms used to describe the moon. Describing the moon as waxing or waning did not come about until well after the word “wax” was used in a form that meant “to grow” which was recorded in the year 1560.

The first use of the phrase “wax poetic” occurred in 1872 in a piece of writing titled How I Found Livingstone by author Sir Henry Morton Stanley. Before this phrase, “wax eloquent” was used first and “wax lyrical” was used after, but “wax poetic” is the most often used today.

There are many other words and phrases available that you can use in substitution for the phrase “wax poetic” that will still convey the same meaning. Some of these alternatives include: 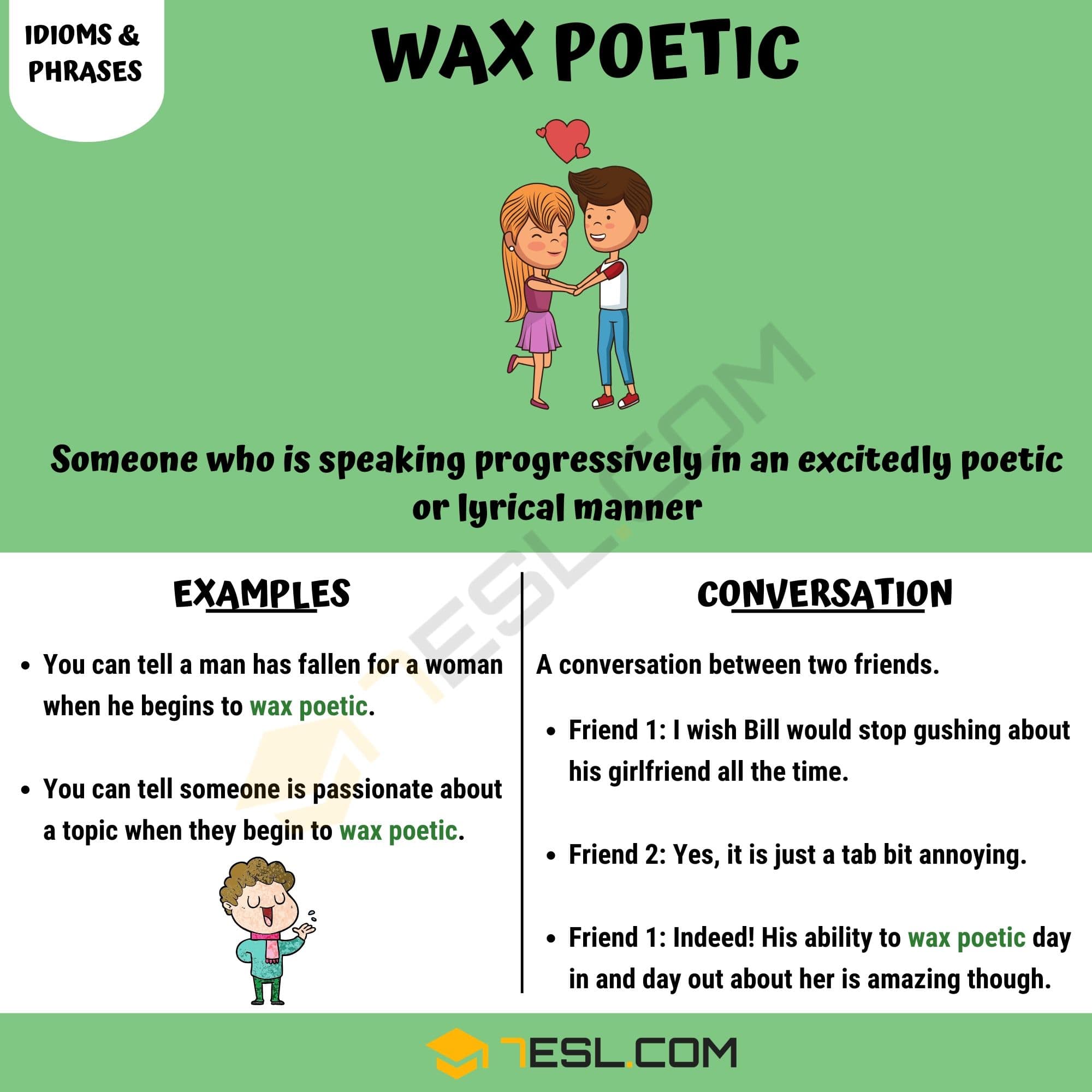