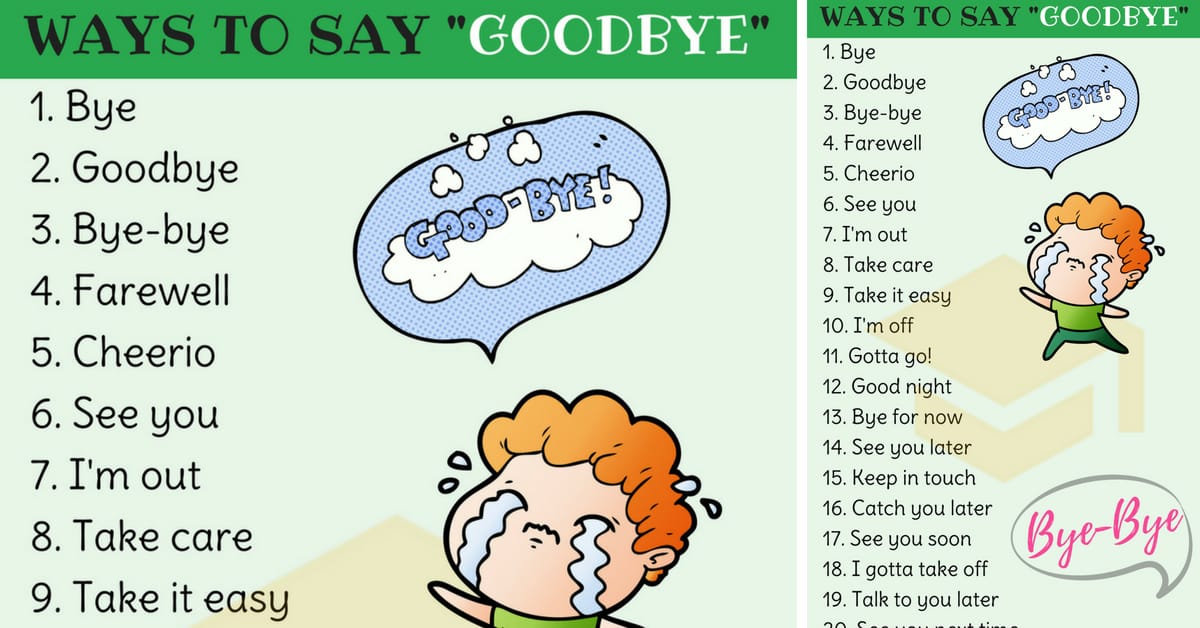 How to Say Goodbye in English! List of other ways to say goodbye in English with example sentences and ESL pictures. Learn these goodbye synonyms to improve and increase your vocabulary in English.

How to Say Goodbye

Other Ways to Say Goodbye 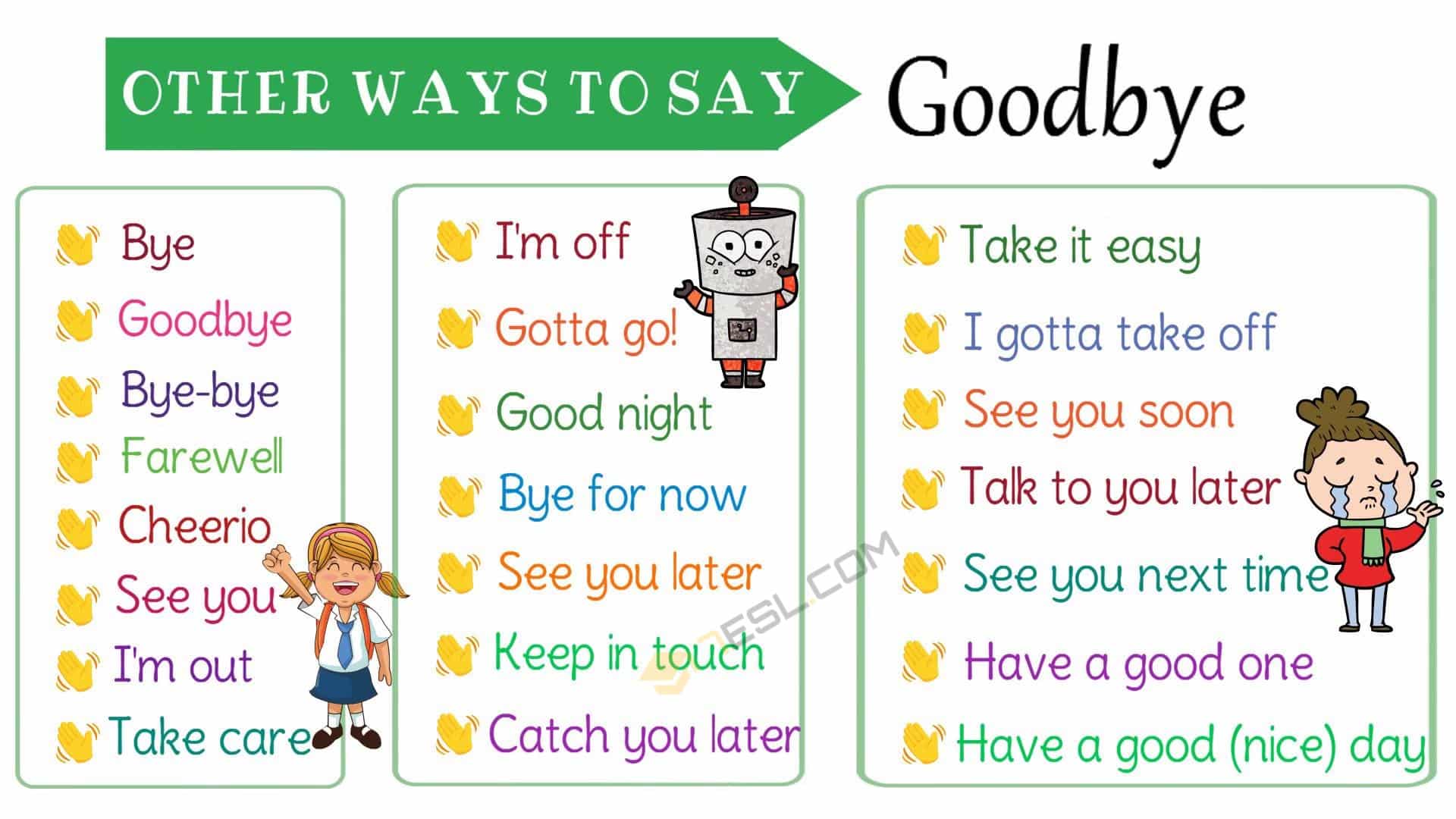 I gotta take off

Talk to you later

See you next time

Have a good one

Have a good (nice) day

I’ve got to get going/ I must be going 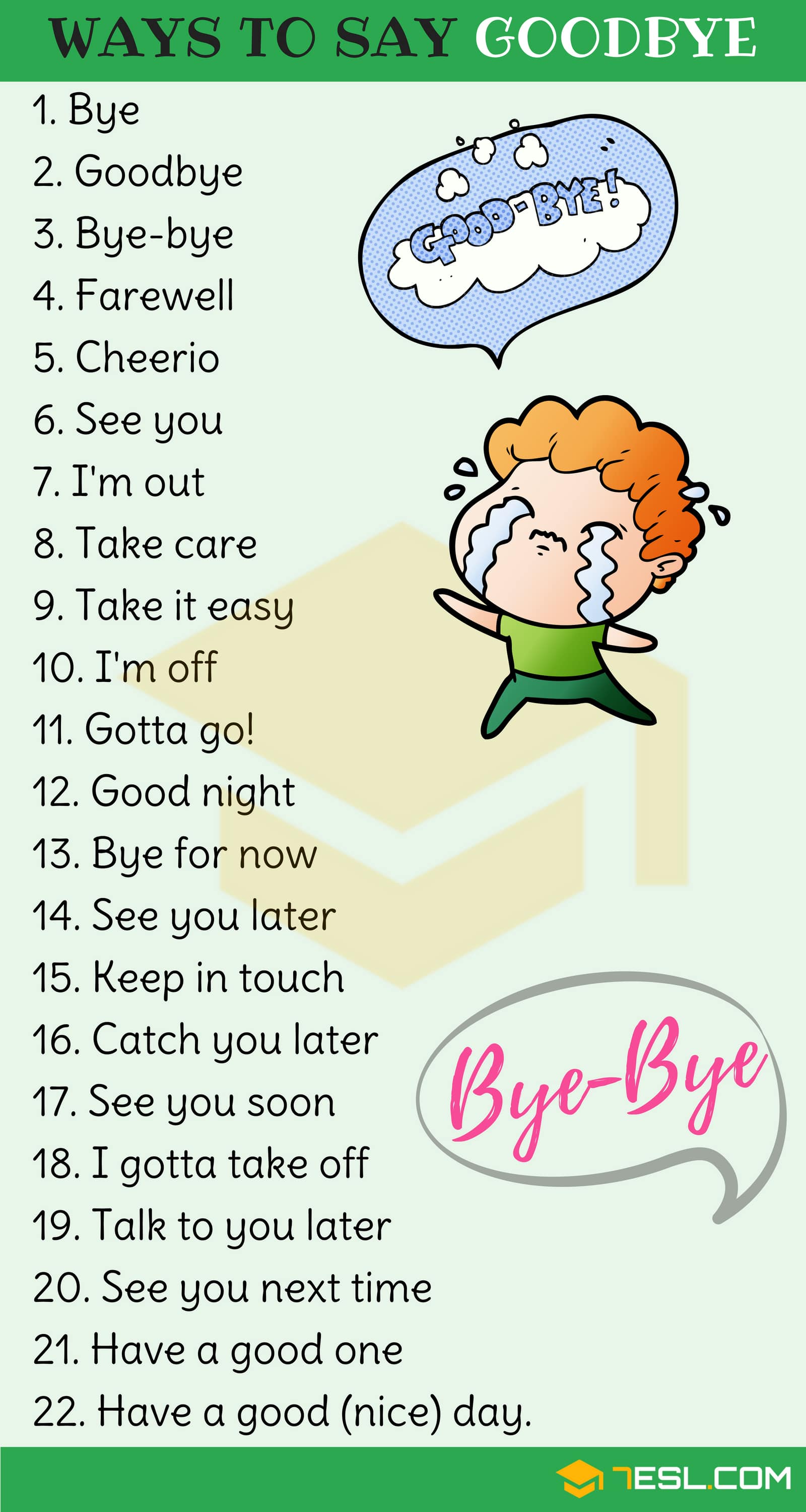 Learn how to say goodbye in English with American English pronunciation.

Well, I sometimes stay without a word- speechless in a Smalltalk conversation. This is the reason for visiting your site. (My mother language is sloven and the secon language germany)

Gled to found your articles.

Meeting you was a dream, and now it’s time to wake up. 😕