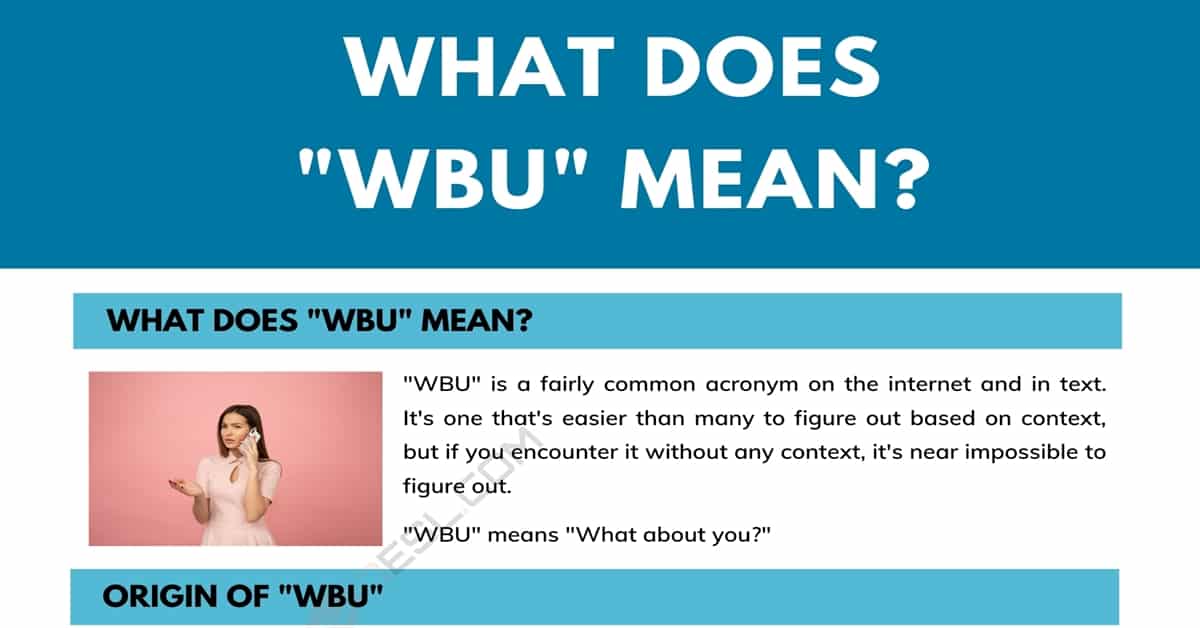 Mhm, Sure, WBU? English can be a challenging language to learn. It uses words and phrases from several different origins. Slang, colloquialisms, and acronyms can make things even harder, especially if you’re trying to make sense of something someone said online or in text. Luckily, we’re here to help. This lesson focuses on the acronym “WBU.”

What Does “WBU” Mean?

“WBU” is a fairly common acronym on the internet and in text. It’s one that’s easier than many to figure out based on context, but if you encounter it without any context, it’s near impossible to figure out.

While it doesn’t look it at first since it seems like the acronym should be “WAU,” the origins of “WBU” are actually pretty straightforward. “About” is often shortened in slang and text to “’bout.” Therefore, “What about you” shifted to “What ’bout you,” which then shifted to “WBU.”

Other Meanings for “WBU”

There aren’t really any other common meanings of “WBU.” However, there are a few organizations that use that acronym, so if you see “WBU” in a context where “What about you?” makes no sense, consider one of these possibilities.

Adults and teenagers alike may use “WBU” in informal, text-based situations.

When to Use “WBU”

You can use “WBU” in informal, generally text-based conversations. The most common time to use it is in response to being asked how you are or what you are doing after you’ve given your own answer. This expresses interest in the other person in the conversation.

Keep in mind that slang and acronyms like this should not be used in formal settings unless there’s a specific reason to do so.

The following are some examples of how you might see “WBU” used in communication.

When used as a statement instead of an actual question, “WBU” tends to have a little bit of cheekiness implied, as in many online situations with a question that’s not actually intended to be answered.

In conversation, “WBU” is generally part of a lengthier exchange.

In this last example, “woohoo” is used as a sarcastic expression of excitement, and “Idk” stands for “I don’t know.”

One alternative to using an acronym is always to just say what it stands for: “What about you?”

If you’re in an informal setting, “HBU” stands for “How about you?” and serves almost exactly the same purpose.

You can also use other phrases, such as, “And you?” or you can repeat the whole question, something like, “And what are you doing tomorrow?”

What Does WBU Mean? | Infographic 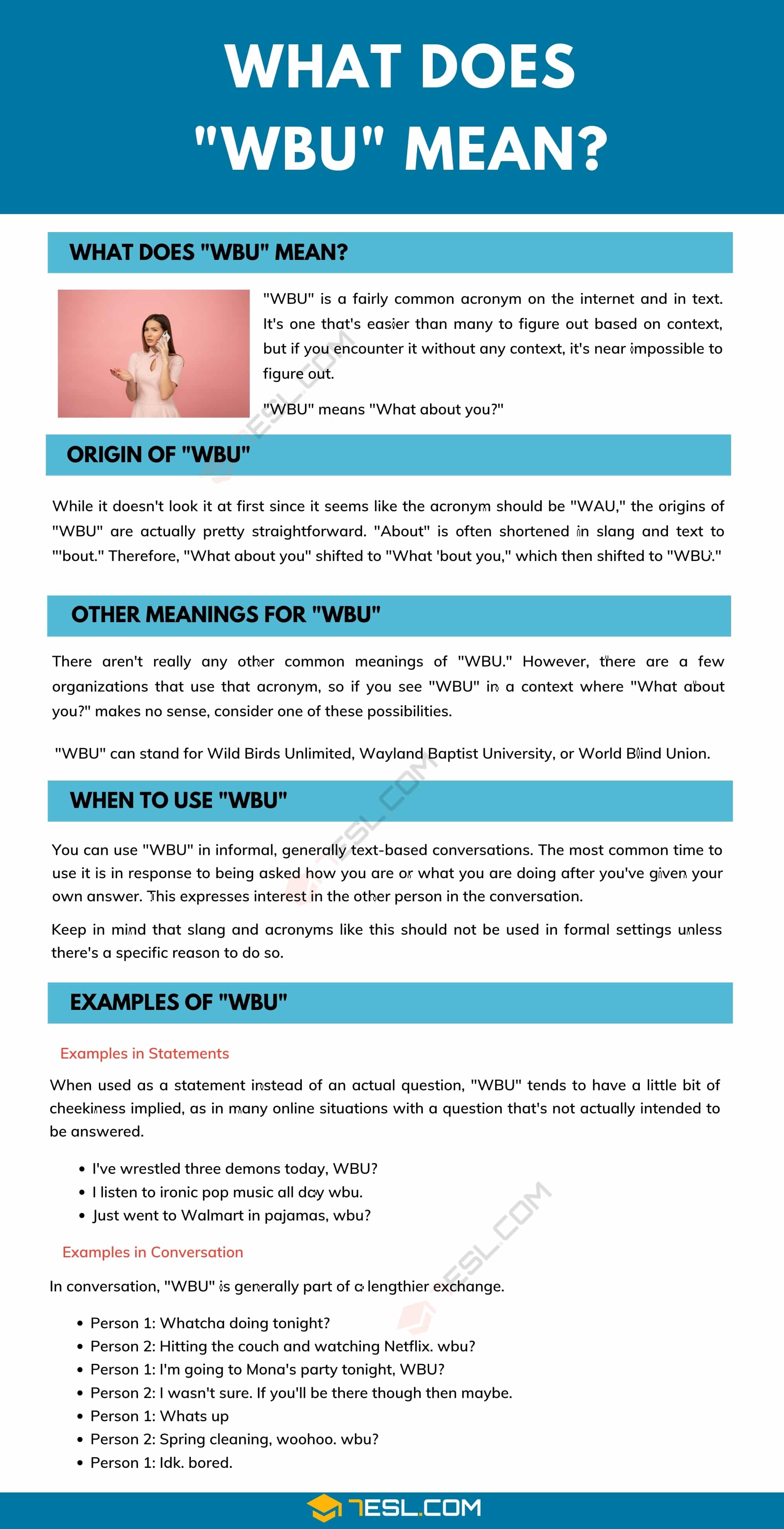